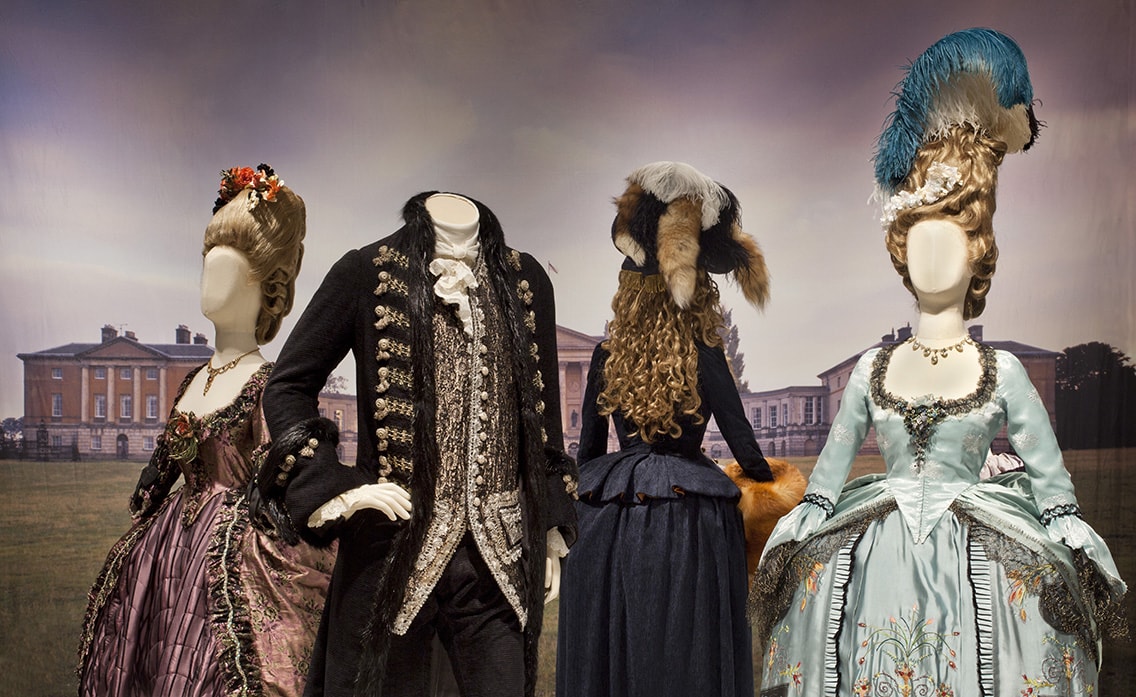 Gallery Talks in January and February Highlight Costumes from Period Films on view in CUT! Costume and the Cinema

Winchester, VA 01/07/16…A new series of gallery talks highlighting eighteenth-century fashion, undergarments from the 1600s, and costumes from movies with love themes will begin at 2 p.m. on Sunday, January 10, at the Museum of the Shenandoah Valley (MSV).

According to Courtney Beach, MSV adult programs coordinator, the special gallery talks have been organized in conjunction with the MSV display of CUT! Costume and the Cinema. A major traveling exhibition featuring 43 costumes from period films, CUT! is on view in the MSV through February 28, 2016. Films represented in CUT! depict history, drama, comedy, fantasy, and adventure from the 1500s to the 1900s through costumes worn by such stars as Johnny Depp, Emma Thompson, Robert Downey Jr., Nicole Kidman, Anjelica Huston, and many others.

Led by MSV Deputy Director of Arts and Education Nancy Huth or MSV Curator of Education Deborah Hilty, the three talks will each highlight a different aspect of the costumes on display. 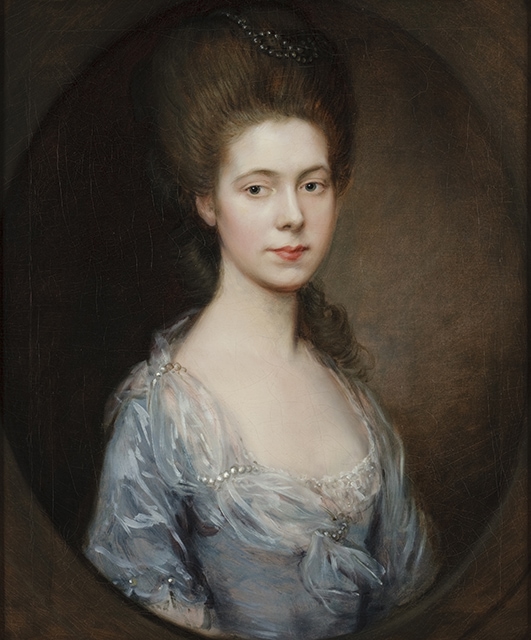 Titled “People, Paintings & Costumes,” the January 10 and 15 talks will compare fashion depicted in eighteenth-century portraiture on view in the MSV exhibition Face to Face: Portraits from the Julian Wood Glass Jr. Collection to select costumes on display in CUT! Led by Huth, the talks will examine the motivations of the costume designers and the artists and detail what influenced their final products. Participants will explore both exhibitions while Huth compares the sitters’ dress in portraits by renowned artists such as Sir Henry Raeburn, Thomas Gainsborough, and Sir John Hoppner to costumes including the Oscar-winning gowns worn by Keira Knightley in The Duchess (2008) and a dress worn by Kate Winslet in Sense and Sensibility (1995). 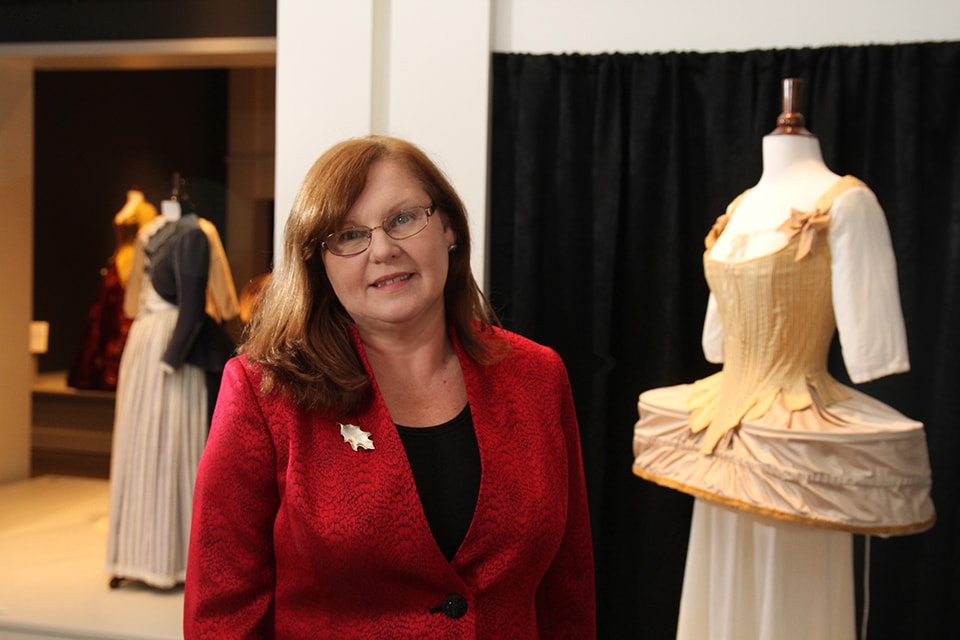 In the February 5 program, “Shirts & Shifts,” Deborah Hilty will discuss essential undergarments of the 1600s and 1700s as seen in CUT!, offer participants the opportunity to examine hand-sewn examples, and demonstrate basic hand-stitching techniques.

During the talk “Love Stories from CUT!,” which will be offered on both February 14 (Valentine’s Day) and February 26, Huth will explore costumes from movies with love themes. Costumes worn by Heath Ledger in Casanova (2005), Emmy Rossum and Minnie Driver in The Phantom of the Opera (2004), Renée Zellweger in Miss Potter (2006), and Colin Farrell in The New World (2006) are among those to be discussed.

Approximately 45-minutes in length, the winter gallery talks are geared toward ages 16 and older, and registration—which includes MSV admission—is free to MSV Members and $10 for all others. Those interested in attending the talks are encouraged to register online at www.theMSV.org or by calling 540-662-1473, ext. 240. Advance registration is encouraged; however, walk-in registrations will be accepted if space is available.

The Museum of the Shenandoah Valley is located at 901 Amherst Street in Winchester, Virginia. The MSV complex—which includes galleries, the Glen Burnie House, and six acres of gardens—is open Tuesday through Sunday from 10 a.m. until 4 p.m. The Museum galleries are open year-round; the house and gardens are open April through October. Details about additional youth and adult programs related to CUT! Costume and the Cinema are available at www.theMSV.org or by calling 540-662-1473, ext. 240. –END– 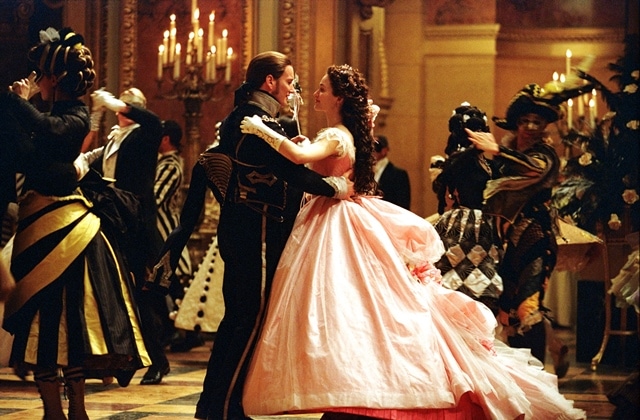 About CUT! Costume and the Cinema

On view for the first time in the mid-Atlantic region during its MSV display, CUT! Costume and the Cinema takes an in-depth look at the art of making costumes that set the scene and establish authenticity in period films. Costumes in the exhibition are borrowed from the renowned British costume house Cosprop Ltd. On view in the MSV from October 3, 2015 through February 28, 2016, CUT! Costume and the Cinema was scheduled for display as a companion exhibition to portraiture currently on view in the Museum’s Founders Gallery. Face to Face: Portraits from the Julian Wood Glass Jr. Collection displays 35 eighteenth- and early nineteenth-century British, American, and Dutch portraits from the collection of MSV benefactor Julian Wood Glass Jr. (1910–1992). Face to Face explores the lives of the portraits’ sitters and illustrates how clothing served similar purposes in portraiture—conveying status, social position, and age—as costume details in period films. CUT! Costume and the Cinema is organized by Exhibits Development Group, USA in cooperation with Cosprop, Ltd., London, England. The MSV display is sponsored by the Alamo Drafthouse Winchester and Shenandoah Country Q102. Following its display in Winchester, the exhibition will travel to the Heritage Museum and Gardens in Sandwich, Massachusetts, and the Columbia Museum of Art in Colombia, South Carolina.

Top:  Designer Michael O’Connor received an Academy Award for Best Costume Design for his work on The Duchess (2008), a film about the life of Georgiana, the Duchess of Devonshire (1757–1806). The CUT! Costume and the Cinema exhibition includes six costume from the film. The January 10 and January 15 gallery talks at the MSV will compare these costumes to the fashion depicted in eighteenth-century portraiture  collected by MSV benefactor Julian Wood Glass Jr. CUT! is on view in the MSV through February 28, 2016. MSV photo by Ron Blunt.

Second from top:  This portrait of Mrs. George Oswald painted by English artist Thomas Gainsborough (1727–1788) is among those that will be discussed in the MSV gallery talk “People, Paintings & Costumes” on January 10 and January 15. MSV photo by Ron Blunt.

Third from top:  During the February 5 gallery talk “Shirts & Shifts,” MSV Curator of Education Deborah Hilty will discuss essential undergarments from the 1600s and 1700s on view in the CUT! Costume and the Cinema exhibition. MSV photo by Rick Foster.

Bottom:  Costumes from movies with love stories will be the focus of the MSV gallery talks on February 14 and February 26. Several films and costumes—including gowns from The Phantom of the Opera —will be discussed. Pictured here are Patrick Wilson (as Raoul) and Emmy Rossum (as Christine) in the 2004 film, The Phantom of the Opera. Photo courtesy of Photofest.