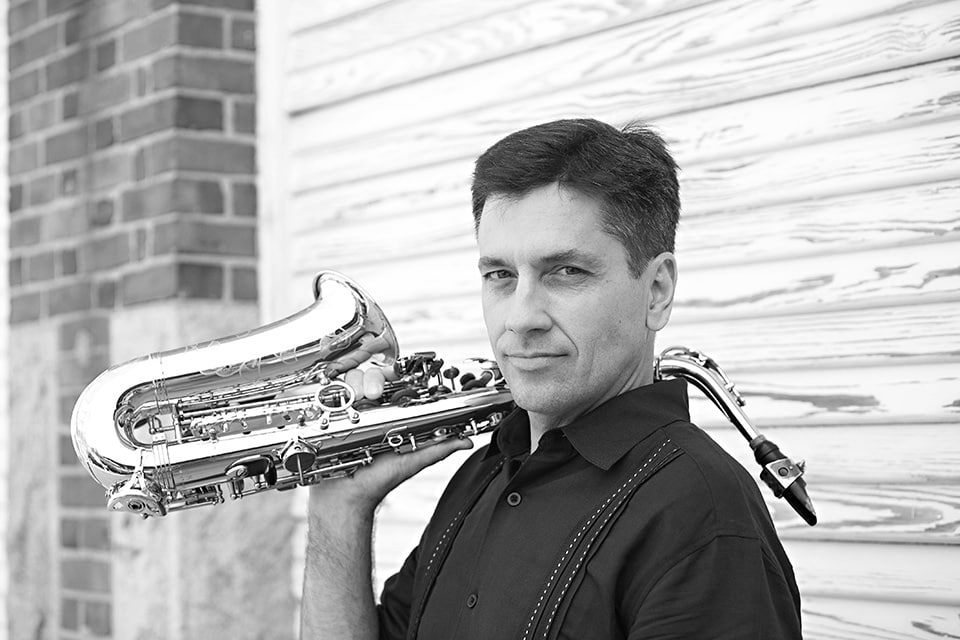 Winchester, VA 10/03/15…Film scores and period music from saxophonist Timothy Roberts and pianist Ieva Jokubaviciute, a wine-and-cheese reception, and special evening access to the Glen Burnie House and the just-opened exhibition CUT! Costume and the Cinema exhibition will highlight the Museum of the Shenandoah Valley’s Glen Burnie Salon Series concert from 5 to 8 p.m. on Thursday, October 8. Register for this event HERE.

Organized by the MSV in partnership with Shenandoah University, the Glen Burnie Salon Series features professional musicians and faculty members from Shenandoah Conservatory. Thursday’s program is the final concert in the 2015 series.

For the October 8 event, the Glen Burnie House and its surrounding six acres of gardens will open at 5 p.m. Wine and cheese will be served on the drawing room terrace, and attendees may explore the house and gardens at their leisure. The concert will take place from 6 to 7 p.m. in the drawing room of the Glen Burnie House. Following the performance, attendees may stroll to the Museum for special evening access to the just-opened CUT! Costume and the Cinema exhibition.

To complement the exhibition of costumes from famous period films, saxophonist Timothy Roberts and pianist Ieva Jokubaviciute will perform music from several films featured in CUT! The program will include music from Sense and Sensibility, Jane Eyre, and The Phantom of the Opera. The duo will also perform additional pieces written between the eighteenth and twentieth centuries and arrangements of popular music featured in movies such as Catch Me if You Can, the 2002 film about 1960s conman Frank Abagnale.

A native of Richardson, Texas, Timothy Roberts is associate professor of saxophone at Shenandoah Conservatory. He recently retired as principal saxophonist and national tour soloist with the United States Navy Band in Washington, DC. As one of the Navy Band’s premier concert soloists, Roberts has performed for five U.S. presidents, foreign dignitaries, and audiences around the world. He frequently performs with the Dallas Symphony Orchestra in Dallas and on European festival tours. As a commercial artist, Roberts has performed with many well-known musicians including Ray Charles, Gladys Knight, Richard Hayman, Eartha Kitt, Patti Lupone, Crystal Gayle, Olivia Newton-John, John Williams, Tommy Tune, and Marvin Hamlisch.

Assistant Professor of Piano at Shenandoah Conservatory, Lithuanian pianist Ieva Jokubaviciute performs regularly throughout the United States and Europe. An active chamber musician she appears regularly at major music festivals and her piano trio—Trio Cavatina—won the Naumburg International Chamber Music Competition in 2009, made their debut performance at Carnegie Hall in 2010, and tours throughout the United States. Ieva Jokubaviciute has performed as soloist with such orchestras as the Chicago Symphony, Chamber Orchestra of Philadelphia, and the Lithuanian National Symphony.

Tickets to the salon performance, which include the entertainment and wine-and-cheese reception, are $30 per person for MSV Members and SU faculty and students. For all others, tickets are $35. Seating is limited; those interested in attending must purchase tickets in advance. Tickets may be purchased online at www.theMSV.org or by calling 540-662-1473, ext. 240.

The Museum of the Shenandoah Valley is located at 901 Amherst Street in Winchester, Virginia. The MSV complex—which includes the Museum, the Glen Burnie House, and the gardens—is open Tuesday through Sunday. Additional information is available by calling 540-662-1473, ext. 235, or referring to www.theMSV.org. – END –

About CUT! Costume and the Cinema:

On view in the MSV through February 28, 2016, CUT! Costume and the Cinema takes an in-depth look at the art of making costumes that set the scene and establish authenticity in period films. The exhibition displays 43 costumes borrowed from the renowned British costume house Cosprop Ltd. Films represented in the CUT! depict history, drama, comedy, fantasy, and adventure from the 1500s to the 1900s through costumes worn by such film stars as Johnny Depp, Kiera Knightley, Kate Winslet, Heath Ledger, Emma Thompson, Robert Downey Jr., Anjelica Huston, and many others. In all, more than 30 actors and 25 films are represented, including Pirates of the Caribbean, Sense and Sensibility, The New World, Gosford Park, Sherlock Holmes, and The Phantom of the Opera. CUT! Costume and the Cinema is organized by Exhibits Development Group, USA in cooperation with Cosprop, Ltd., London, England. The MSV display is sponsored by the Alamo Drafthouse Winchester and Shenandoah Country Q102.

About Glen Burnie House and Gardens:

The Glen Burnie House sits on land that Winchester-founder James Wood settled in 1735. Wood’s son Robert built the oldest portions of the house in 1793 and 1794. Descendant Julian Wood Glass Jr. (1910–1992) became the house’s sole owner in the 1950s; with partner R. Lee Taylor (1924–2000), he transformed the Glen Burnie House into a country retreat surrounded by six acres of formal gardens with fountains, sculptures, and intimate garden rooms. After Glass’s death, the house and gardens opened to the public in 1997. Newly reopened after a three-year preservation and renovation project from 2011 to 2014, the house tells the stories of people who have lived in Glen Burnie over the generations. Included is a fully furnished miniature model of the Glen Burnie House that provides an exacting look at how Glass and Taylor furnished it as their private residence. Added to Glen Burnie in 1959, the drawing room features three crystal chandeliers and provides the perfect, intimate setting for the Glen Burnie Salon Series.

Register for this event HERE