We Are Out to Get You

We try to make this garden a welcoming place. Staff is friendly and greet our guests as they arrive. We try to keep the place tidy—daily we blow off the walks, weed the flower beds, pick up trash, etc. We want our guests to feel comfortable and at ease as they stroll the grounds. However, some of our plants are not so charitable. In fact, they are out to get you. 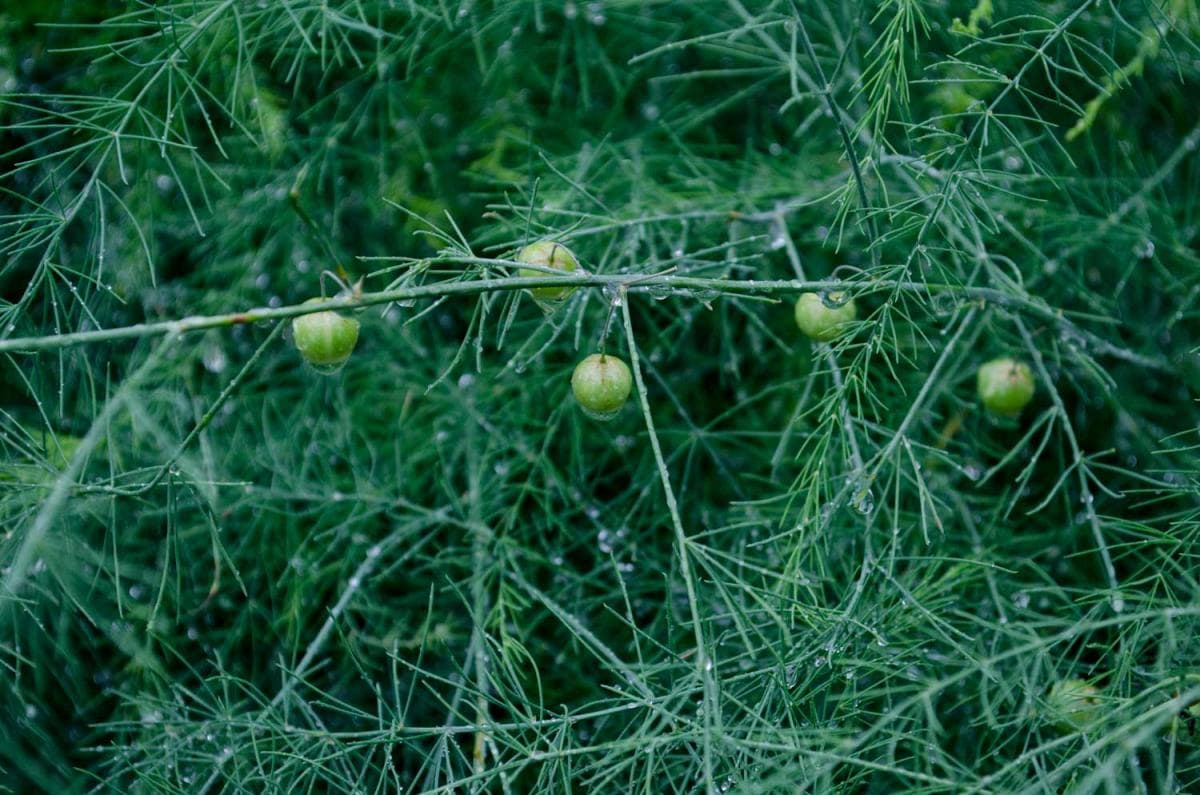 Now, they are not menacing or likely to eat you like Audrey II in Little Shop of Horrors. Instead, they have created natural defenses of toxins and poisons that protect them. You would be surprised at the list of “dangerous” plants that can be found in the garden and we have plenty of them. Many of our beautiful flowering plants such as daffodils, irises, lily-of-the-valley, foxglove, and bleeding heart are poisonous (or have some poisonous parts) that can cause everything from vomiting to death. Even plants that we normally eat, such as tomatoes and asparagus have poisonous parts. Don’t eat the berries on the mature asparagus plants or the leaves on the tomato plants. 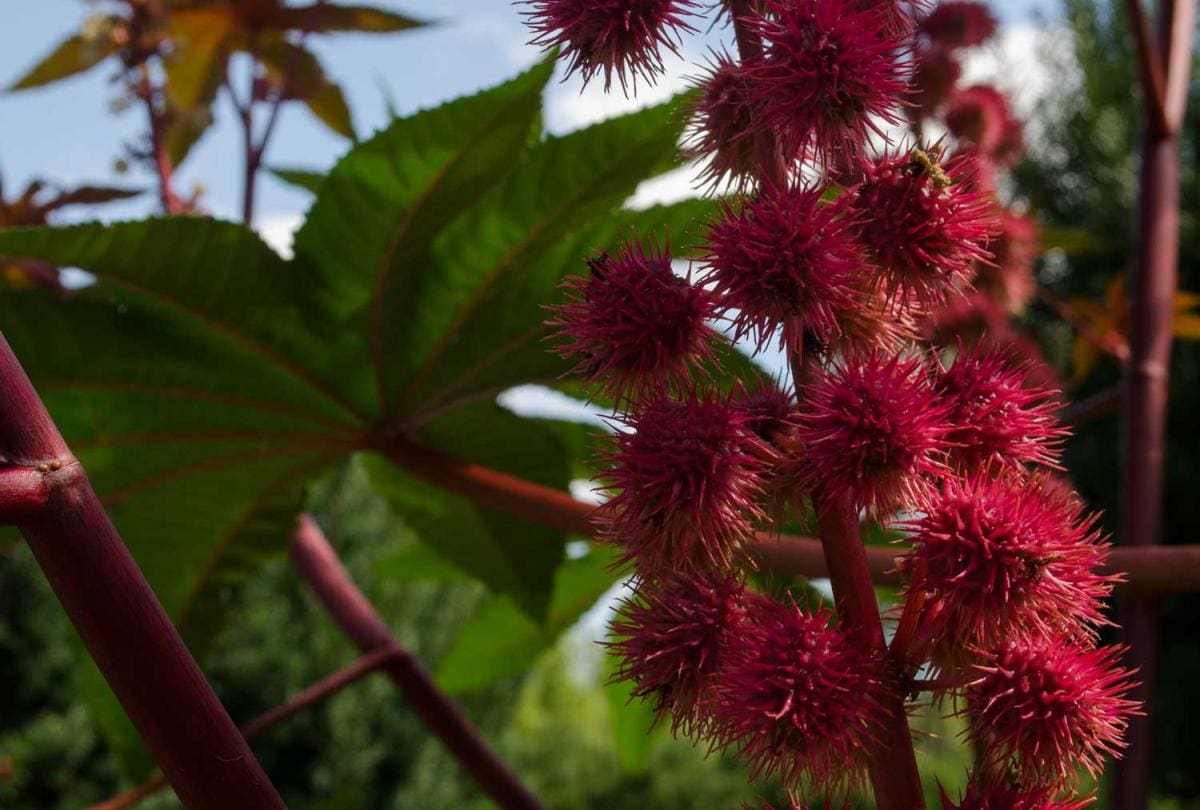 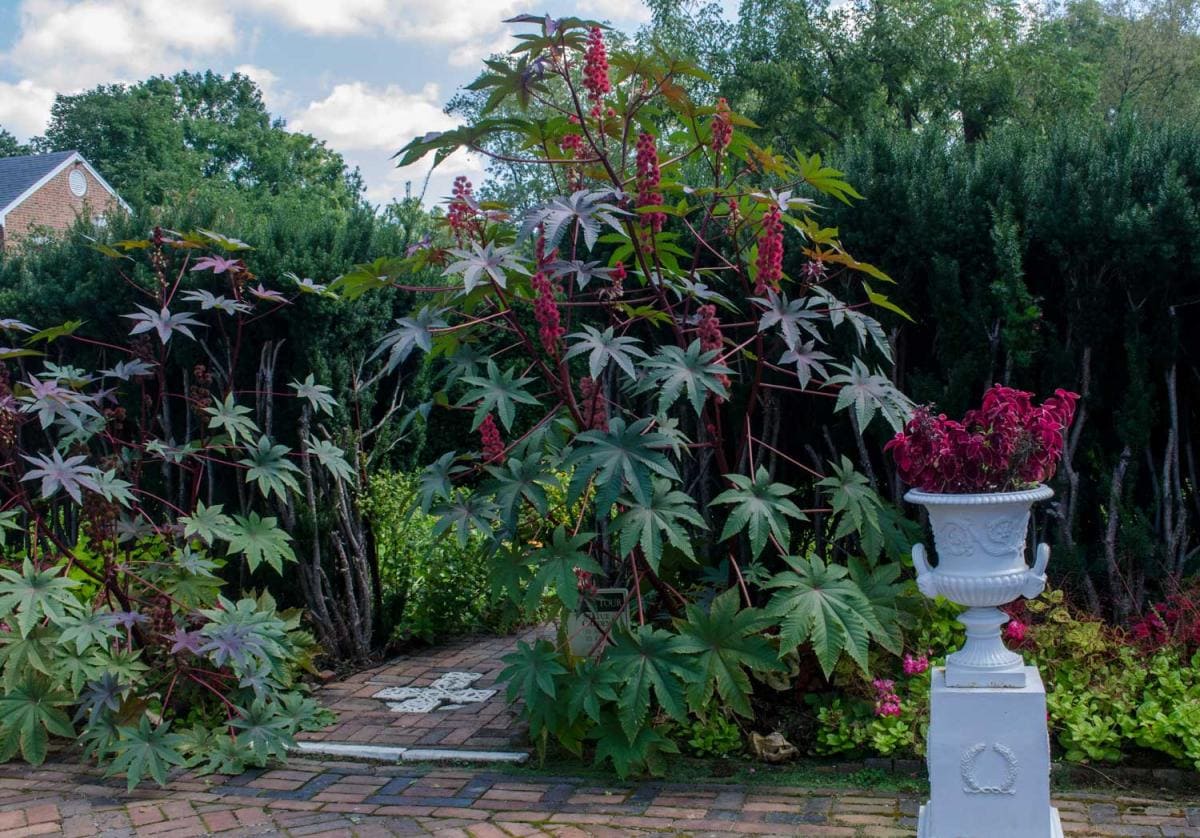 If you were Morticia Addams, you would want to head to the Statue Garden right now. There we have three menacing plants that are intriguing and beautiful at the same time. In one of the large center pots and near the entrance of the garden are several large plants with massive palmate leaves and red thorny looking pods. This is castor bean (Ricinus communis). This tropical African native makes a striking statement in any garden since it can grow 8-12 feet in a single season. It is a compelling architectural plant, and the seed is the source of castor oil. However, the seed and all other parts of the plant contain ricin, a water-soluble toxin that can cause serious injury or death if ingested. Fortunately the prickly pods discourage nibblers in the garden. 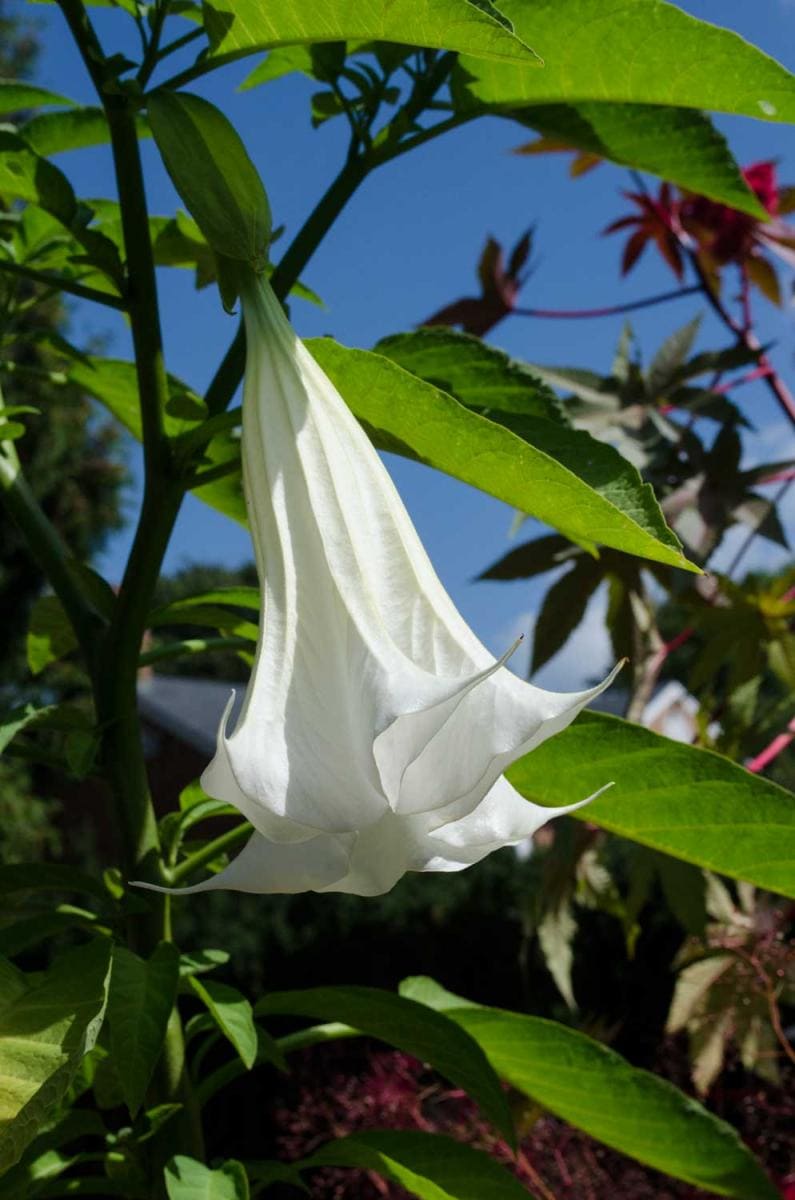 Another beautiful plant is Angel’s trumpet (Brugmansia suaveolens). There is another plant also called Angel’s trumpet known as Datura, which shows the problem with some common names—they refer to two different plants. In any case, this devilish plant is a South American native that is not hardy in this area, but is hardy in the winter indoors. The plant can get between 6-12 feet tall over the years and can produce numerous drooping trumpets that can be almost a foot long (Datura’s trumpets point to the sky). If the plant is ingested or if the sap gets into your system, the result can be hallucinations, dry mouth, delirium, increased pulse, paralysis, seizures, and more. Most poisonings come from when people ingest the plant looking for a hallucinogenic experience and they end up with something much worse. Despite these dangers, it is a beautiful plant in the garden, making a great display in the late summer/early fall. It is also deer resistant. Those animals are not all that dumb. 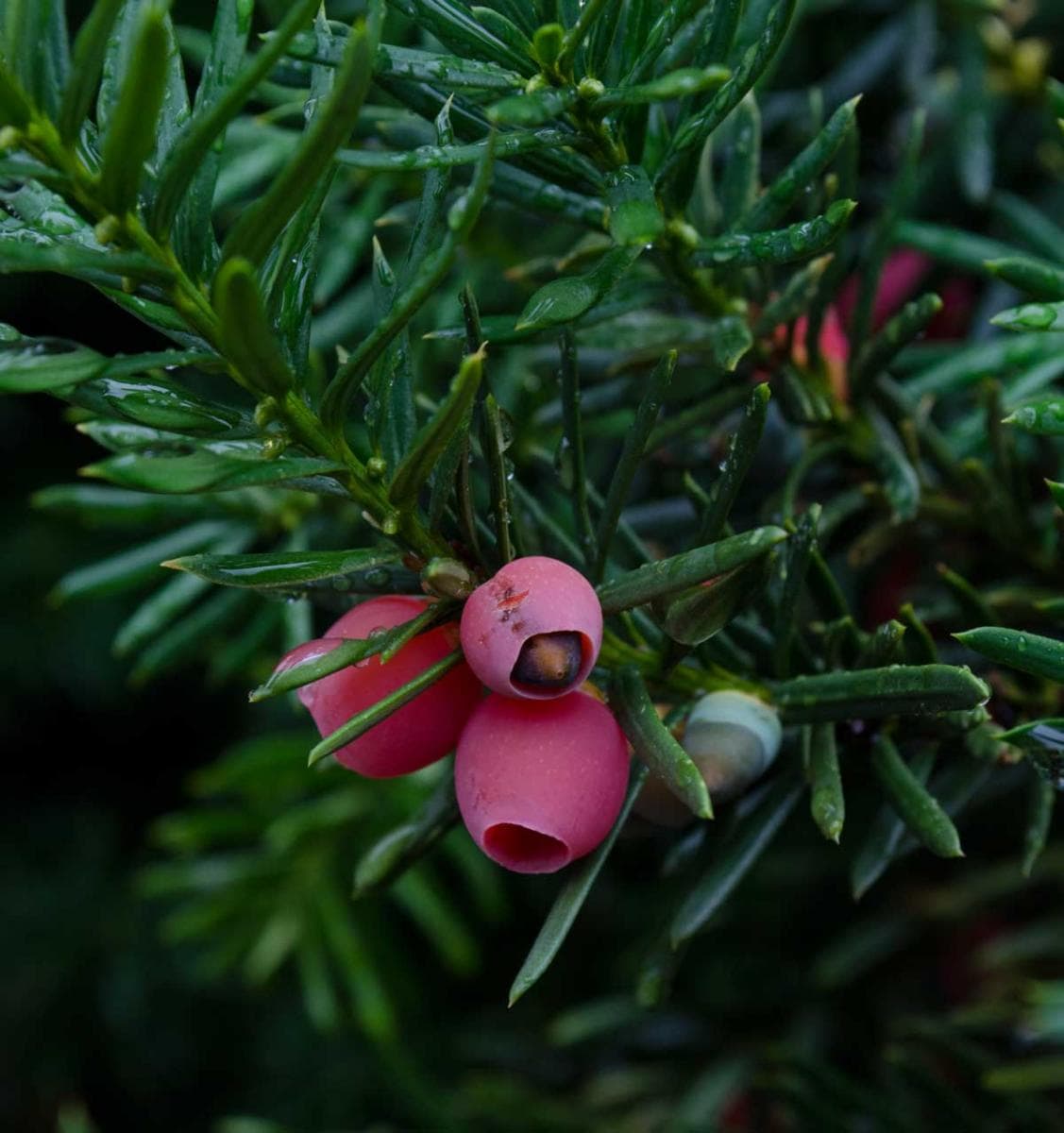 Finally surrounding the Statue Garden is a yew hedge. Yews are an important plant in our garden, we use them in large hedges defining spaces and gardens along with our boxwood hedges. The yews in the Statue Garden received a severe pruning a couple of years ago and are slowly rebounding to fill back in. It is a testament to their resilience and durability. However, all the parts of the yew are toxic, except for the fleshy red aril that surrounds the seed (the seed itself is toxic). Taxine is the principle toxin in the plant and can cause accelerated heart rates, convulsions, difficulty breathing, and cardiac arrest. Usually, the rare fatal cases for humans comes after ingesting the leaves. Sadly, this is not the same case for deer—they seem to have a higher tolerance for taxine and browse on our yews during the winter months when there are fewer options for food.

So should you be worried about coming to our garden? Not unless you intend on making a salad out of all our garden plants. But if you start to do that, you might also have to worry about the gardeners getting mad at you as well.

Check out some websites that list poisonous plants in the garden: