Beginning in 1878, African American students in grades one through nine had attended classes at the Old Stone Presbyterian Church at 306 Piccadilly Street, which was renamed Douglas School in 1916 to honor the black abolitionist Frederick Douglass. Classes were also held in the basement of Mount Carmel Free Will Baptist Church at its location on South Braddock Street. When Douglas School opened its doors in 1927 in a new building at 590 North Kent Street, it offered classes for grades one through nine. In 1934, it admitted students from Opequon and Stephens City. In 1939, the school added tenth grade. Two years later it extended classes to eleventh grade with additional students from Warren County and from Woodstock, Strasburg, and elsewhere in Frederick County. In 1953, the curriculum was extended through the twelfth grade, with the first twelfth grade class graduating in 1954. After a 1963 expansion, the school closed its doors in 1966 when Winchester schools were integrated.

The list of prominent Douglas School Alumni includes Dr. Madison Spencer Briscoe (class of 1918), a giant in the world of tiny creatures. Lauded today for his advances in the field of parasitology and entomology, Briscoe ultimately inspired legions of African Americans to pursue the sciences. Born in 1904 in Winchester, Virginia, Briscoe graduated from Winchester’s Douglas School in 1918. He later went on to study at Storer College in Harpers Ferry, West Virginia, founded as a school for Freedmen after the Civil War. Following graduation from Storer, Briscoe earned a bachelor’s degree in 1926 from Lincoln University in Pennsylvania. After completing his master’s degree at Columbia University in 1930, Dr. Briscoe returned to Storer as a professor. At Storer, Briscoe was critical in designing the pre-med curriculum.

In 1941, Briscoe left Storer to teach bacteriology and begin his PhD at Howard University. Soon, however, World War II intervened. Briscoe enlisted, serving as an expert in parasitology and tropical diseases, rising to U.S. Army Captain of the Sanitary Corps. He was promoted to Commanding Officer of the 16th Malaria Survey Detachment of the U.S. Army, serving abroad. His work helped ensure the health of troops at a time when quinine—the primary malaria treatmentwas in short supply.

Following the war, Briscoe returned to the U.S. and in 1950 completed his PhD in parasitology at Catholic University in St. Louis. He joined the faculty of Howard University as an Assistant Professor in the Department of Bacteriology, Preventative Medicine, and Public Health. In the 1950s, Briscoe undertook research trips to Egypt and Sudan for the Office of Naval Research, focusing on parasitic diseases.

In 1951, Briscoe and his wife Marie purchased a home in Harpers Ferry where he later served on the board of trustees of Storer College and was active in its alumni association. While the couple did not have children, they opened their doors as a boarding house for Storer students. Today their former home is a B&B. Briscoe was active at Camp Hill Methodist Church, coached basketball, and played the violin, organizing an orchestra in Harpers Ferry of community and student musicians. Known fondly as the “bug man,” Dr. Briscoe died in 1995 at age 91. Over the course of his life, he studied and taught at several college and universities. He is remembered today for his advances in the fields of entomology and parasitology. 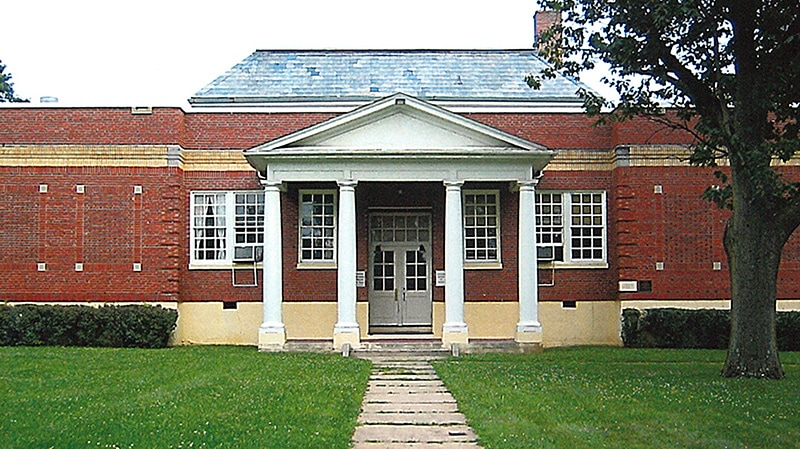 When Douglas School opened its doors in 1927 in a new building at 590 North Kent Street, it offered classes for grades one through nine. 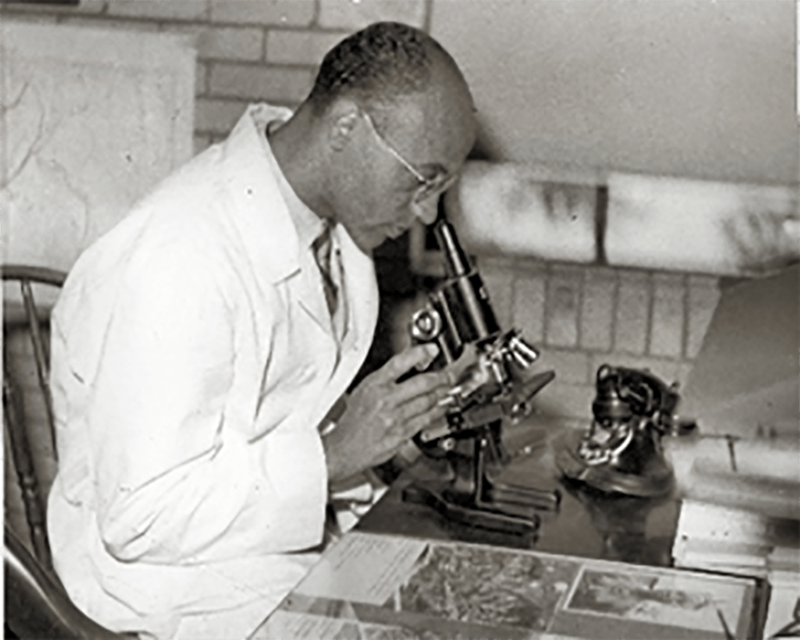 Dr. Madison Spencer Briscoe looking through a microscope in a lab.

Sharon Dixon is a retired educator formerly of Winchester Public Schools, a playwright, and consultant.
Nancy Huth is the Deputy Director of Arts & Education at Museum of the Shenandoah Valley