“The Rosy Red and the Violet blue”: Valentine’s Day in the Shenandoah Valley

It’s February, which means in a couple of days people of all ages will be exchanging Valentine’s Day cards filled with cheesy lines we all know (and love?).

In fact, approximately 190 million Americans send or receive valentines each year. This doesn’t include the millions of cards made by school children in their classes.i

With all of the commercialism that comes with Valentine’s Day today, it’s no surprise that many people think the holiday is the result of Don Draper-esque creative marketing from the 1950s and 1960s. But Valentine’s Day—and the traditions and sayings that accompany it—are actually much older. For this month’s post, I thought we might look at the history of Valentine’s Day traditions and some ways people of German descent in the Shenandoah Valley celebrated the occasion in the early 1800s.

Like with many holiday traditions of European extraction, the origins of Valentine’s Day are difficult to pin down with much certainty. Ancient Romans celebrated a festival dubbed Lupercalia sometime around February 15th. Dedicated to Lupercus—a fertility god and the protector of shepherds and their flocks—the festival involved dog (protector) and goat (protected) sacrifices. Following the sacrifices, Lupercalian priests crafted leather thongs from the goat hides and whipped spectators to purify them, or in the case of women, improve their chances of pregnancy. Romantic, no?

During the late 400s CE, Pope Gelasius I eliminated the pagan celebration of Lupercalia and coopted the date to venerate the martyrdom of Saint Valentine. Centuries later, the Reformation eliminated the veneration of Catholic saints and their associated Feast Days amongst Protestants. But the Reformation couldn’t jettison the amorous undertones that had become associated with mid-February.

Valentine’s Day as we celebrate it today began to take shape in the early modern era. Not surprisingly, Europeans celebrated Valentine’s Day in different ways according to their cultural backgrounds. Samuel Pepys (1633–1703)—the English diarist and socialite—is an excellent resource for understanding the holiday in 17th century London.

Pepys’s diaries reveal that one of the most popular ways that friends and social groups chose their valentines “sweetheart” was by lottery (so as not to offend anyone). Guests at a party would write their names on a piece of paper and draw lots to determine their assigned partner. Participants were then expected to flatter their valentines with gifts and tokens of affection, which varied according to one’s socio-economic standing. The wealthier the individual, the more extravagant the gift.

The lottery system was by no means foolproof, though, and could lead to some confusion as Pepys observed. On Valentine’s Day 1666, he noted that he and his wife Elizabeth were “this morning called [upon] by Mr. Hill, who my wife thought, had been come to be her Valentine; she it seems, having drawne [sic] him last night, but it proved not. However, calling him up to our bedside, my wife challenged him.”ii

Luck, or lack thereof, could also play a part. Some Englishmen and women believed that the first person you saw on February 14th was your destined valentine, which could lead to some comical situations. A few years earlier in 1662, an amused Samuel Pepys made sure that his wife Elizabeth avoided anyone but her intended: “This morning in comes W. [William] Bowyer, who was my wife’s Valentine, she having, at which I made good sport to myself, held her hands all morning, that she might not see the paynters [sic] that were at work gilding my chimney-piece and pictures in my diningroom [sic].”iii

Europeans and their descendants in the Americas continued the tradition of gift giving on Valentine’s Day. Presents often took the form of decorated paper valentines, cherished in their time due to their ornamented, hand-crafted nature and the expense of paper. The MSV owns two valentines made in the Shenandoah Valley, both of which originated in Germanic communities.

The first example—made by an unknown artist—is written in German and carries some of the symbols modern audiences associate with Valentine’s Day. At the center is a depiction of a heart capped by a crown, containing an inscription that begins with “Mein Herz” (“My Heart” in German). Amazingly, the unknown artist behind the valentine did not achieve the outline of the heart with ink or watercolor. It is actually a silk ribbon woven carefully through the paper. The woven component is further echoed by the valentine’s outer border of gold-colored foil, some of which is now missing.

The second valentine in the MSV Collection is an example of German scherenschnitte, or decorative cut paperwork. The likely presenter of the valentine was Samuel McQuay (1802–1870), whose name appears in the center ring.iv Raised in the Conicville area of western Shenandoah County, Samuel trained as a saddler and was the son out of wedlock of Barbara Lindamood (later Smith).

The style of the decorative motifs suggests McQuay engaged local fraktur artist Henry Heltzel (1788–after 1839, also known as the Stony Creek Artist) to decorate the valentine for him. At the center of the valentine is a ring of hearts, each of which contains a stanza of a longer poem. The poem echoes Valentine’s Day sayings and limericks we still frequently use today:

On the 14th day of February, It was my louck [luck] for to be merry

We Cast lots and like well drew, T’seems my love it must be you

The Rosy Red and the Violet blue, Sugar is Sweet and so are you

You know it is a Common thing, for birds to gather in the Spring

To Chuse [Choose] their mates as I have done, By Chusing [Choosing] you my only one

This Valentine take not amiss, for your true lover send you this

And if you take it in good part, I shall be glad with all my heart

But if you take it in disdain, Pray send it back to me again

Round is the ring, that has no end, So is my Love to you my Friend.

Situated between the hearts containing the first and last stanzas is a blue and red compass point marking the end of the poem and restarting the “ring, that has no end” over again.

The lucky recipient of Samuel McQuay’s valentine was probably Lydia Lutz (b. about 1792), whose family lived not far from the Lindamoods. Lydia evidently returned Samuel’s affections; the couple married on August 9, 1825 in Shenandoah County.v Decades later, the 1860 U.S. Census listed Samuel and Lydia living with their 22-year-old daughter Barbara at Cabin Hill near Conicville. Barbara was likely named for Samuel’s mother.

You can find the MSV’s valentines—as well as objects and ephemera related to other holidays—through the Museum’s new online collections portal.

iCaterina Andreano and Emily Shapiro, “Valentine’s Day by the numbers: See how much money is spent on flowers, candy and cards,” ABC News, https://abcnews.go.com/Lifestyle/valentines-day-numbers-money-spent-flowers-candy-cards/story?id=45480956 (accessed January 22, 2021). 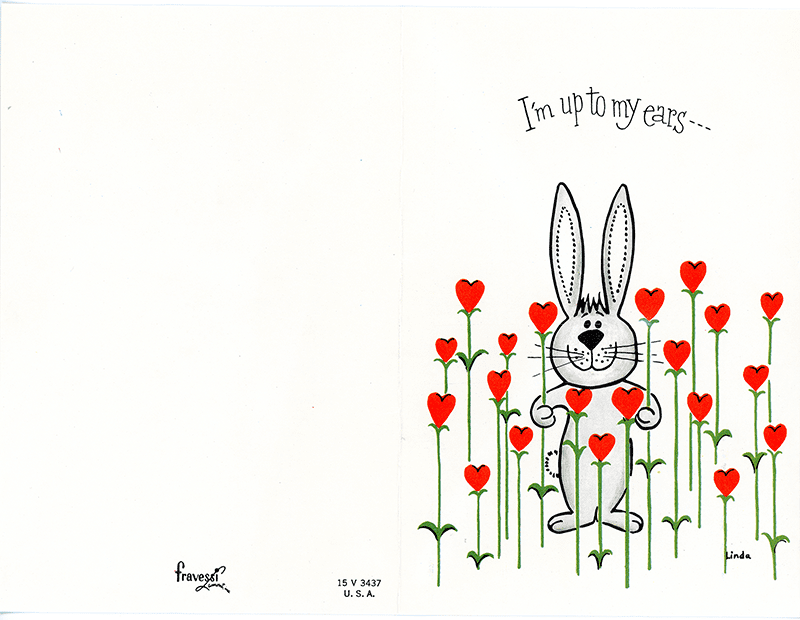 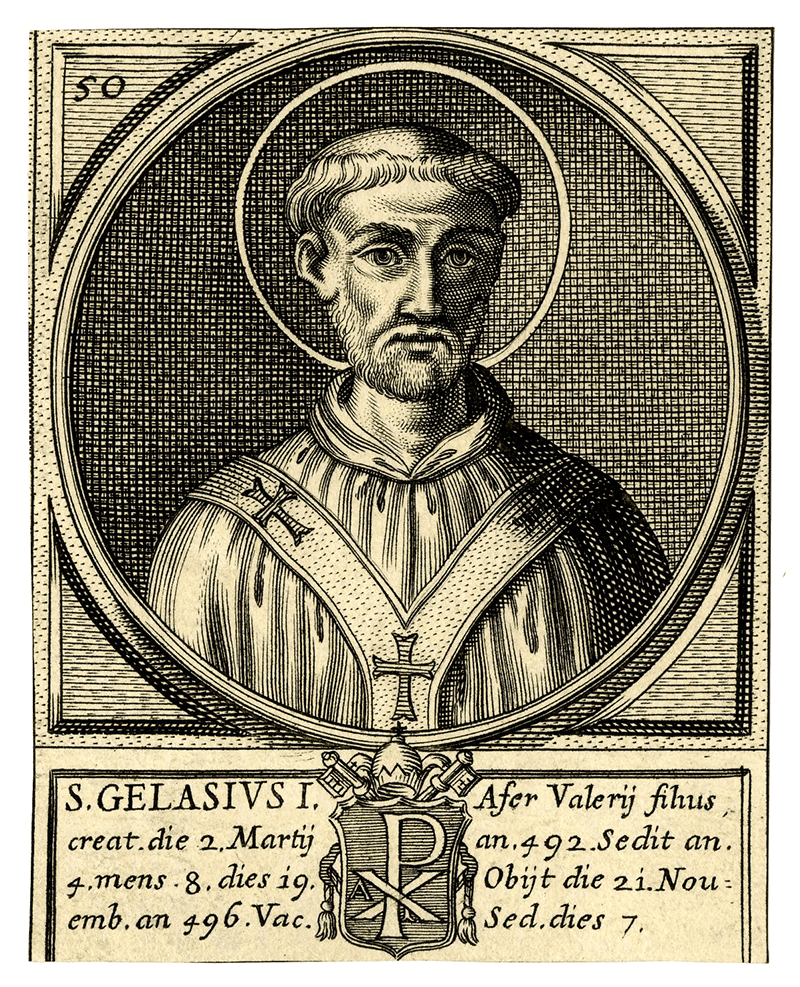 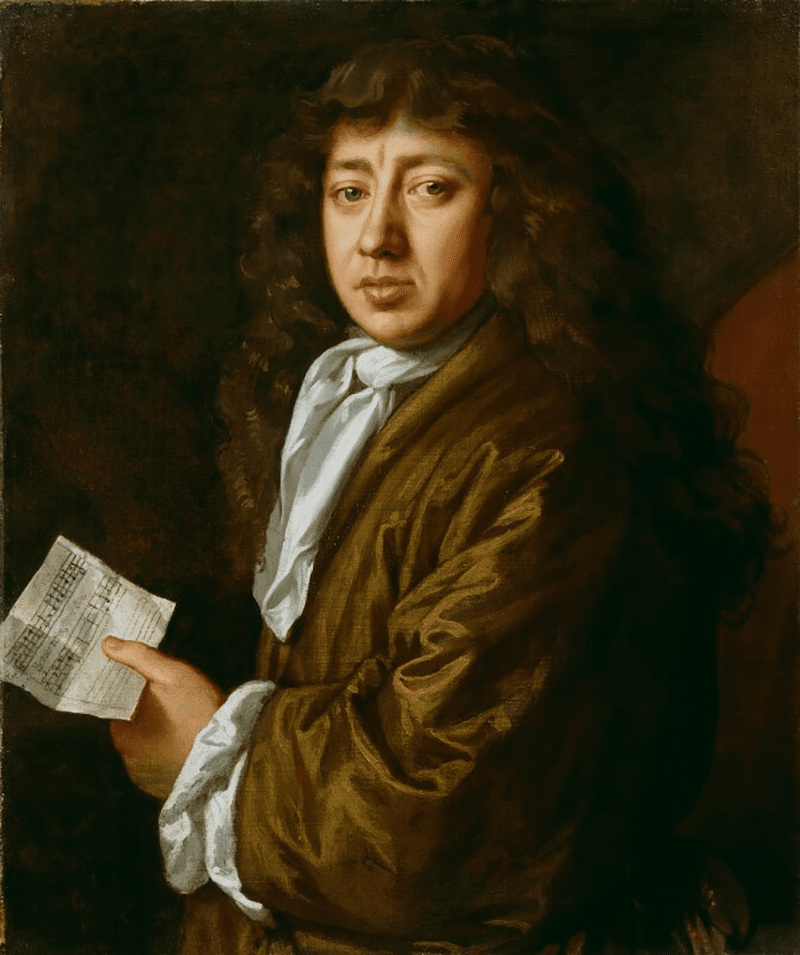 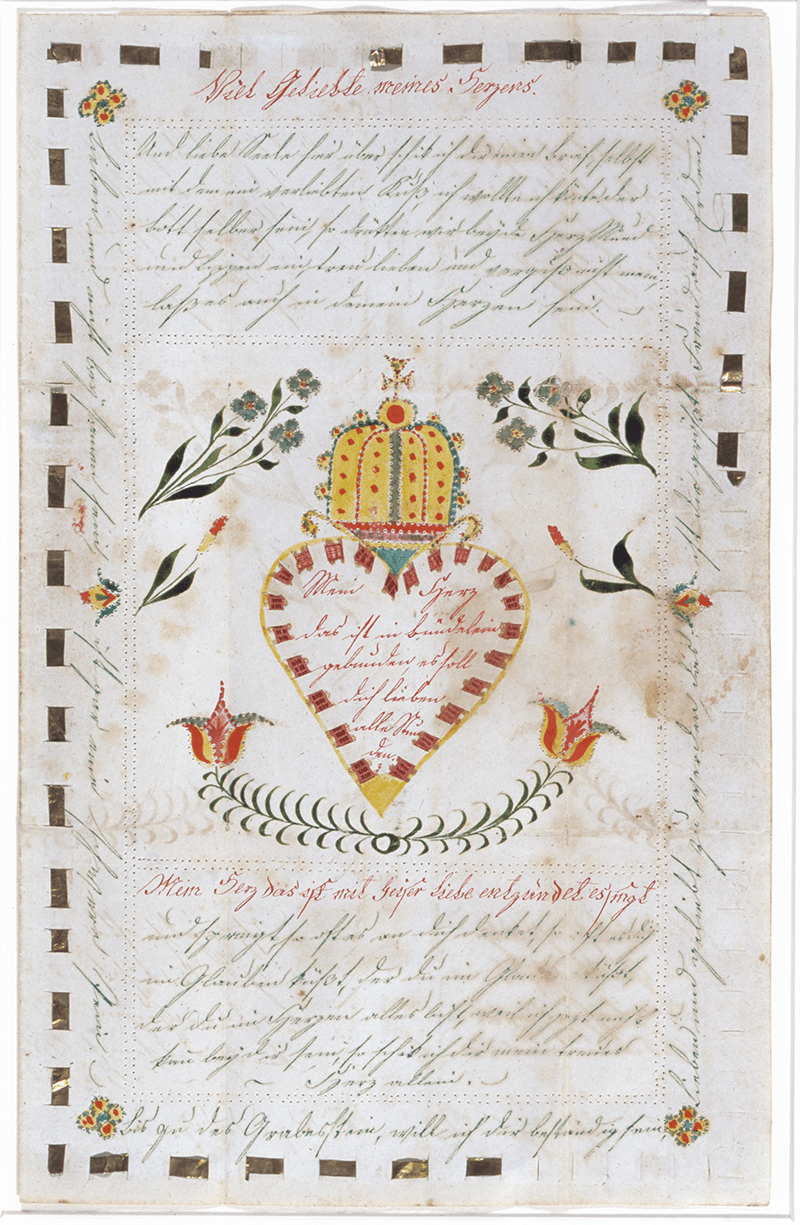 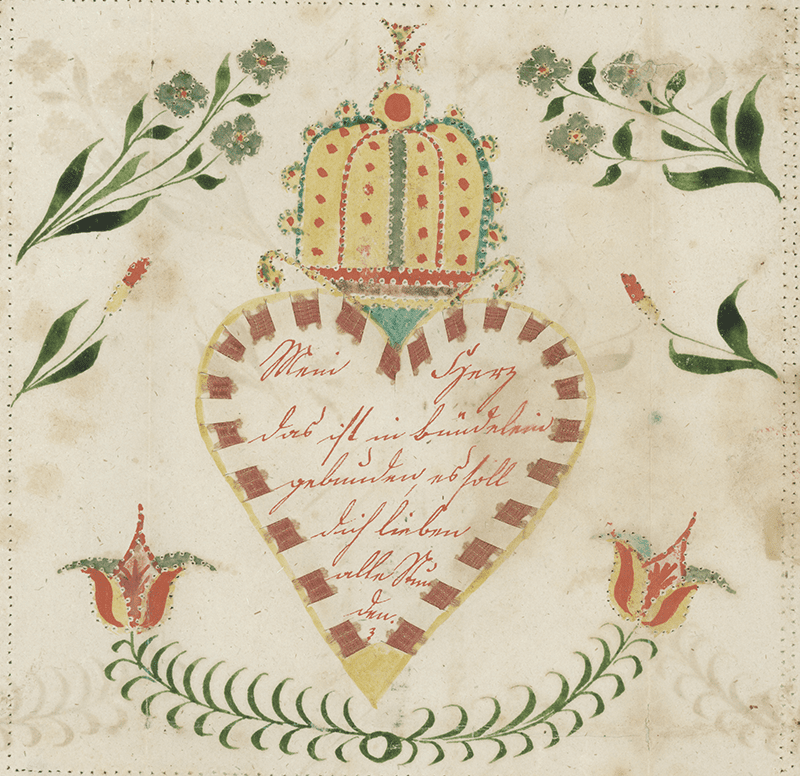 Fig 5. Detail of the crown at the center of the valentine illustrated in Figure 4. 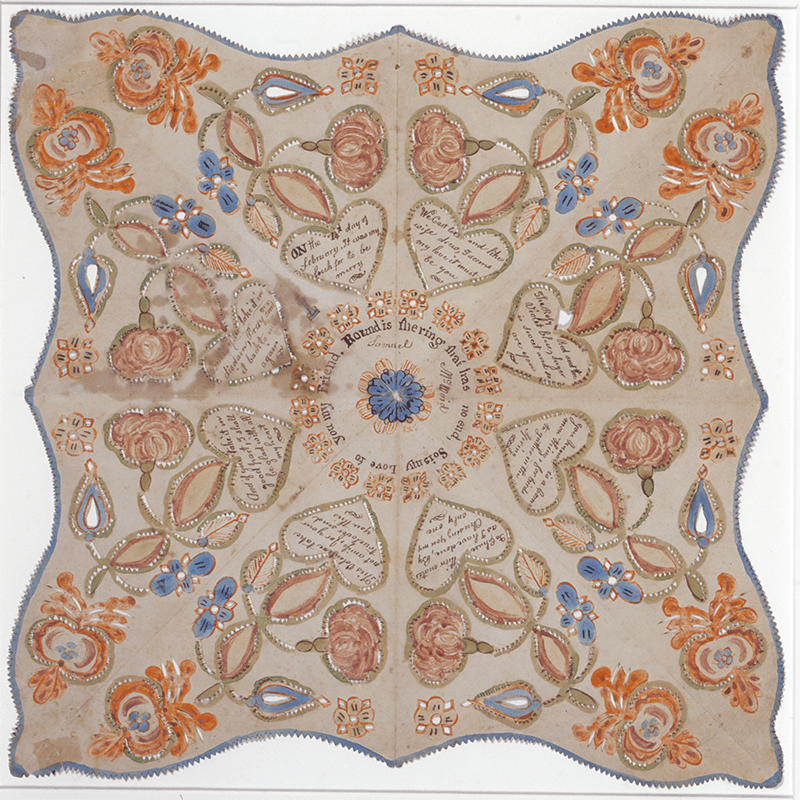 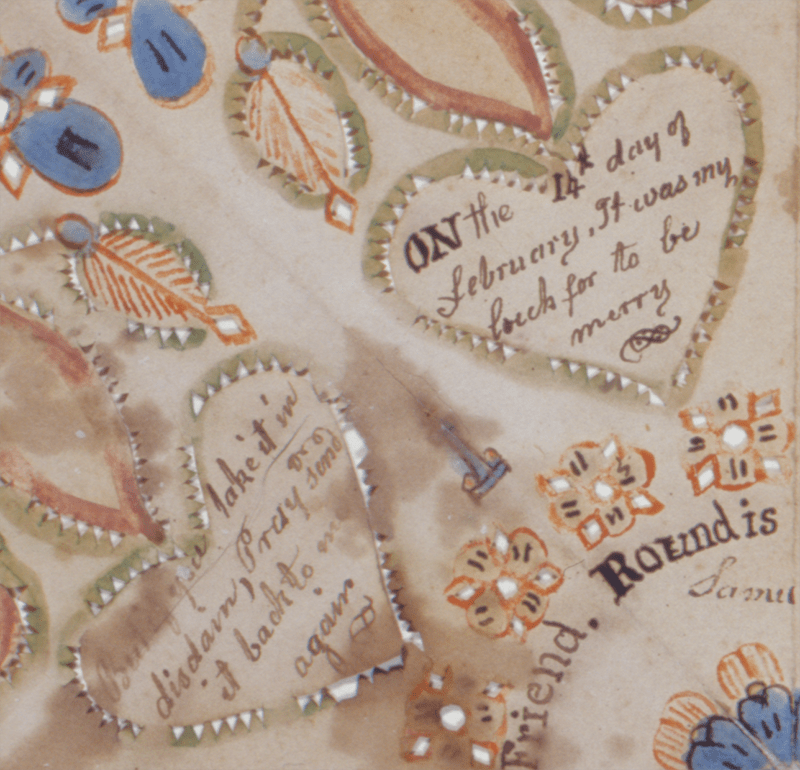 Fig 7. Detail of the compass point on the valentine illustrated in Figure 6.