Beginning in 1878, African American students in grades one through nine had attended classes at the Old Stone Presbyterian Church at 306 Piccadilly Street, which was renamed Douglas School in 1916 to honor the black abolitionist Frederick Douglass. Classes were also held in the basement of Mount Carmel Free Will Baptist Church at its location on South Braddock Street. When Douglas School opened its doors in 1927 in a new building at 590 North Kent Street, it offered classes for grades one through nine. In 1934, it admitted students from Opequon and Stephens City. In 1939, the school added tenth grade. Two years later it extended classes to eleventh grade with additional students from Warren County and from Woodstock, Strasburg, and elsewhere in Frederick County. In 1953, the curriculum was extended through the twelfth grade, with the first twelfth grade class graduating in 1954. After a 1963 expansion, the school closed its doors in 1966 when Winchester schools were integrated.

The list of prominent Douglas School Alumni includes Annie Turner Finley Baltimore (class of 1934), one of the unsung heroes of World War II. Born in Winchester in 1918 to Wesley and Esther Davis Turner, she sang in the choir at John Mann United Methodist Church and graduated from Douglas in 1934. Two years after graduating, Annie Turner married Leslie Finley.

In 1944, Annie Turner Finley joined the Women’s Army Corps (WAC), training at the First WAC Training Center at Fort Des Moines in Des Moines, Iowa. There she was assigned to basic combat detail training prior to becoming a member of the postal supply troops of the Army. Private First-Class Annie Turner Finley was selected to join the 6888th Central Postal Directory Battalion, nicknamed the “Six Triple Eight.” Their motto was “No Mail, Low Morale”.

According to Kevin Hymel, writing on the National Museum of the United States Army web site, the 6888th Central Postal Directory Battalion was “the only all-African American, all-female U.S. Army unit sent to Europe during World War II. The women kept mail flowing to nearly seven million soldiers in the European Theater of Operations (ETO).” In 1945, over 800 enlisted women and 31 officers were first sent to Birmingham, England, with the task of sorting mail while the war was still raging. They worked in poorly lit warehouses without heat, and with windows painted over to provide blackout conditions. Given six months to sort and deliver an enormous backlog of mail, the 6888th did it in three months. To sort and redirect an average of 65,000 pieces of mail per day, the women worked three eight-hour rotating shifts, seven days a week. Annie Turner Finley was a part of this extraordinary group of women.

Following three months in Birmingham, the 6888th was deployed to Rouen, France to clear two to three years of backlogged mail. Again, they completed the task in three months. After five months in Rouen, the unit was deployed to Paris, France. In contrast to their previous living and working conditions, in Paris the battalion was housed in two lavish hotels and treated to maid service and meals prepared by the hotel’s cooks.

In 1946, the 6888th was transferred home and disbanded at Fort Dix, New Jersey, without ceremony, parades, or official recognition for their accomplishments. In 2018, a monument to the 6888th Central Postal Directory Battalion was dedicated at the Buffalo Soldier Commemorative Area in Fort Leavenworth, Kansas. “Annie Turner Finley” is among those whose names are listed on the monument.

Finley returned to Winchester to continue her volunteer work in the community. Few people knew of her participation in the Six Triple Eight. In 1948, she remarried to Julian Baltimore. Annie Turner Finley Baltimore served as the Douglas Alumni Association secretary for several years. She was also a member of the Maggie Farrar Desmond Temple #760 Daughter of the Elks and of the VFW 6044. Baltimore died in 1982 and is buried in Orrick Cemetery. (Personal Communication from Judy Humbert to Sharon Dixon.) 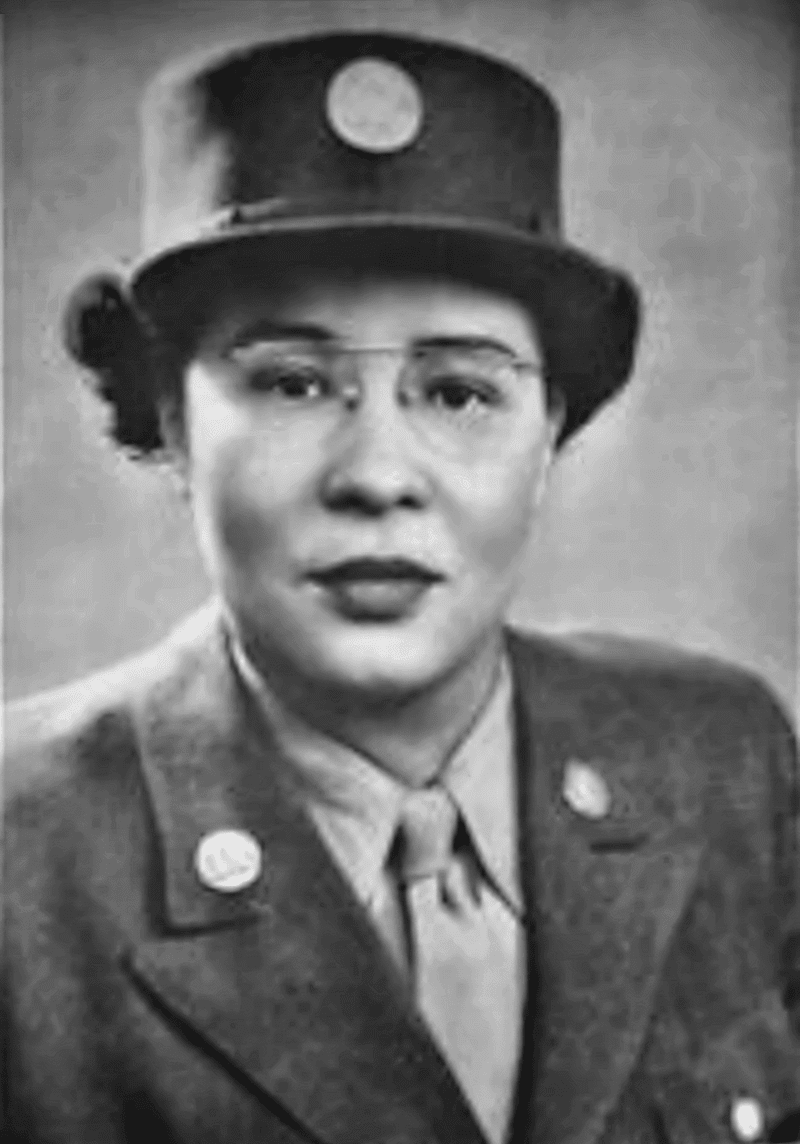