Is That a Ghost? No, It’s Just the Earl of Sussex…

Portraits get a bad rep, especially around this time of year. I can’t tell you how many people have told me that portraits make them uncomfortable.

Usually it’s either because they find it strange to have someone else’s relative hanging on their wall or because they feel the subject’s eyes follow them around the room (called a ubiquitous gaze). Personally, I believe that the ability to lock eyes with a portrait anywhere in a room is a sign of a good artist! As for the idea of having a portrait of someone else’s family member on your wall, many museums are happy to—as friends in the antiques trade put it—“adopt an ancestor.”

Popular culture is, I think, in part to blame for stigmatizing portraits. A creepy looking portrait is a “must have” for a good haunted house. For many people my age, cartoons like Scooby-Doo introduced and reinforced a distrust of old paintings. You know the episode: as the Scooby Gang traipses down the hallway of an old mansion looking for clues, they pass underneath a portrait whose eyes literally follow them courtesy of the villain on the other side. And wait, are those the Harlem Globetrotters?

But there is one portrait in the MSV Collection that even I have to admit can be a bit unsettling: Henry Yelverton, Third Earl of Sussex painted by Sir Joshua Reynolds (English, 1723-1792) around 1759. Yelverton’s velvet and ermine robes and his coronet (a crown reserved for lesser nobility) are exquisitely rendered, but his face and single exposed hand are unnaturally, almost deathly pale.

Henry Yelverton was not a vampire, ghost, zombie, or anything else you might see stalking your neighborhood for candy at the end of the month. There is actually a very practical reason for his pallid appearance: experimental materials used by painter Joshua Reynolds.

Hailed by his admirers and reviled by his critics, Reynolds spent a large portion of his career experimenting with pigments in search of luminous flesh tones for his portrait subjects. Yelverton’s portrait is typical of the formula the artist employed in the 1750s. First, Reynolds built a foundation using a combination of stable and inexpensive pigments (called dead coloring for the monochromatic effect that resulted). The artist then blended in flesh tones using red lake pigments—a combination of metallic salts with a dye extracted from plant or insect sources.i

One dye source for Reynolds’s red lake has origins that some today might consider creepy, or maybe “creepy-crawly”: cochineal insects (Dactylopius coccus) found on prickly pear cacti native to the southwestern United States, Mexico (particularly the Oaxaca region), and South America.ii Female cochineal insects feed on the cacti’s red berries, producing carminic acid that can be extracted once the insects are dried and pulverized. An amazing 70,000 insects are required to produce one pound of dye.iii

Mesoamericans cultivated cochineal for use in textiles, paintings, and writing prior to Spanish arrival in the 1500s. Following conquest, Spanish colonial officials adapted pre-existing networks of indigenous labor to export over 150,000 pounds of cochineal to Europe by the 1570s.iv That number only continued to rise over the next century.

By using New World dye sources, Reynolds’s art was dependent on British trade with the Spanish Empire and its American colonies—or the willingness of English privateers to attack Spanish treasure ships crossing the Atlantic. But cochineal cultivation is not just a historical footnote speaking to vast early America. Carmine coloring is still used today as a colorant for food and beverages and in cosmetics like lipstick.

Red lake pigments had one major drawback for painters like Reynolds. Natural dye sources are “fugitive” or susceptible to light damage and can fade over time as happened with the artist’s portrait of Henry Yelverton.

Some Reynolds portraits began fading within a few years of their completion, leading to ire aimed at the artist from both clients and critics.v One disgruntled patron—Sir Walter Calverley Blackett (1707-1777)—went so far as to pen a poem to express his displeasure:

Painting of old was surely well designed / To keep the features of the dead in mind, / But this great rascal has reversed the plan, / And made the pictures die before the man. vi

The fading of paintings proved so problematic for Reynolds that by the mid-1770s, he had largely abandoned red lake pigments for more stable vermillion.vii However, a reputation for flawed painting techniques followed Reynolds even to the grave. One obituary following his death in 1792 noted his “chemic experiments, which, whatever brilliancy they may lend his colours for the present day, certainly will add to the fading powers of time upon the finest tints.”viii

But more recently, art historians and authors—including some of those listed in the endnotes—have attempted to paint Reynolds with a new brush. Instead of a flawed artist, they argue, Reynolds’s lifetime of experimentation was all part of a quest to advance his field and create the perfect portrait.

So, if on Halloween you ran into people looking deathly pale, don’t run screaming. Simply ask them if they were painted by one of the most prominent English portrait artists of the 1700s. 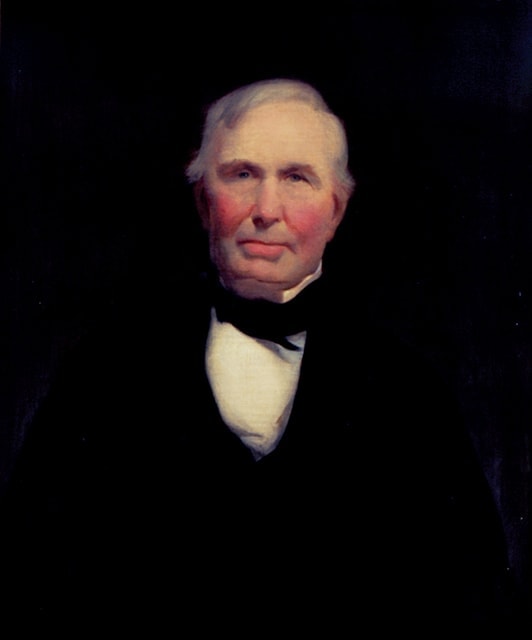 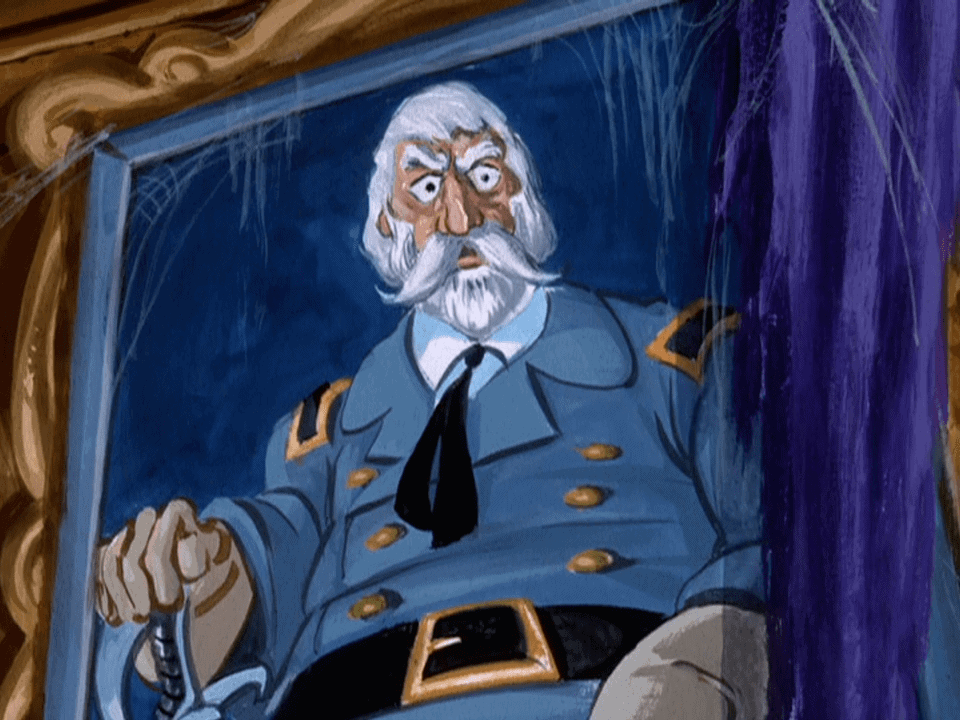 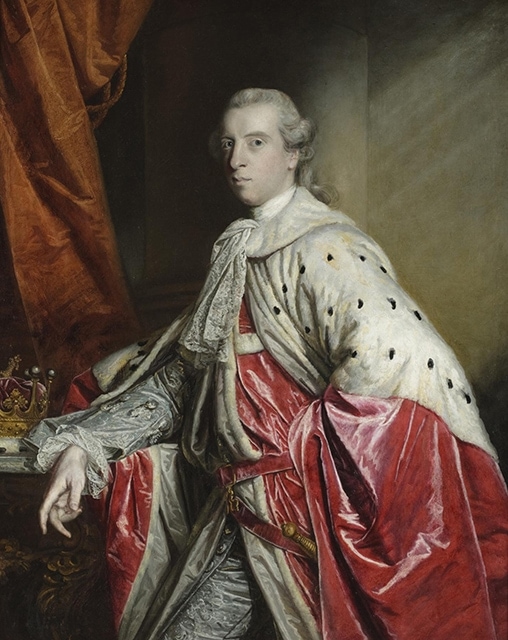 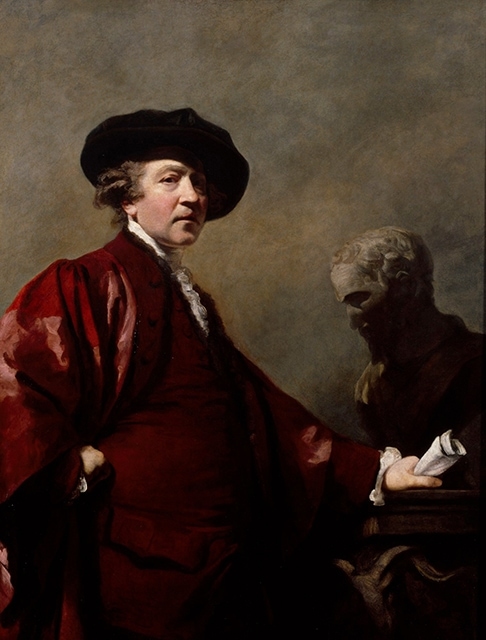 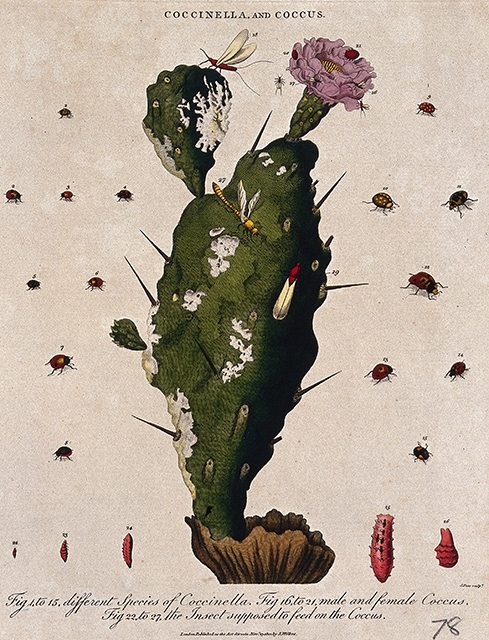 Cochineal cactus (Nopalea cochenillifera) with insects that feed on it, including the cochineal insect (Dactylopius coccus) by J. Pass after Johann-Eberhard Ihle (German, 1727-1814), London, England, about 1801. Colored etching. Courtesy Welcome Library, no. 2539oi. This image depicts the prickly pear cactus and some of the insects that plague it, including cochineal insects. 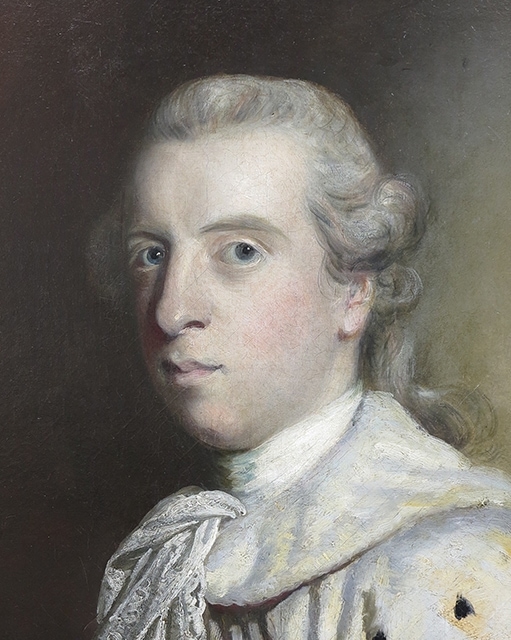 Detail of Henry Yelverton’s face in the portrait by Sir Joshua Reynolds. Photo by Nick Powers. 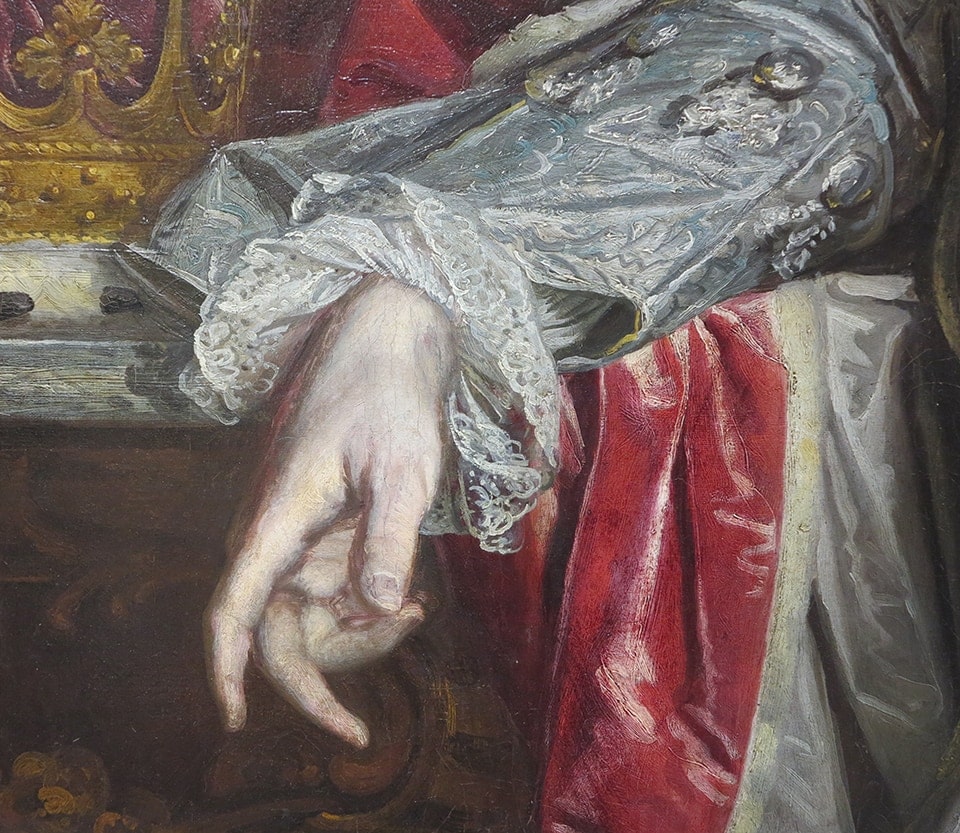 Detail of Henry Yelverton’s hand in the portrait by Sir Joshua Reynolds. Photo by Nick Powers.