A-Tisket, A-Tasket, Your Keys Go in the Basket

With Easter approaching, thoughts naturally turn to children toting colorful baskets filled with equally vivid dyed eggs. But with the coronavirus threatening to put public gatherings like Easter egg hunts on hold, I thought this might present an opportunity to talk about another type of basket formerly found in Valley households: key baskets.

With Easter approaching, thoughts naturally turn to children toting colorful baskets filled with equally vivid dyed eggs. But with the coronavirus threatening to put public gatherings like Easter egg hunts on hold, I thought this might present an opportunity to talk about another type of basket formerly found in Valley households: key baskets.

Like with many utilitarian objects, the “key” is in the name. Women of the mid-1800s used handled key baskets—made of worked and tooled leather—to carry and store their household keys. Some scholars have suggested that well-wishers gave key baskets to young brides to help the brides establish and organize their new households. In keeping with the newlywed theme, many surviving key baskets are decorated with symbols of good luck, long life, love, and prosperity like hearts, tulips, stars, and sheaves of wheat.i

Most key baskets were probably the products of leather-working craftsmen like saddlers and harness makers. Richmond was a center of key basket production in the mid-1800s—with signed examples by multiple makers surviving—but examples from the Shenandoah Valley are exceedingly rare. In fact, the singular key basket in the MSV Collection is one of only a handful of examples with Valley recovery histories and only one of two known from the same unidentified shop in Rockingham or Augusta Counties.

Unusual for its footed base—which gives the basket a striking stance—the MSV example is decorated with floral patterns stitched in unbleached cotton. The slightly orange hue of the thread might be from the unbleached cotton’s continued exposure to the cow or pig hide body for nearly two centuries.

Another example from the same shop in a private collection descended with a history of ownership by Mary Margaret Trimble (1833-1917) of Augusta County. According to family tradition, the basket, decorated with scrolls and diamonds, was a gift honoring Mary’s October 1860 marriage to George Arthur Hanger (1830-1890).

The basket could, though, date a generation earlier to George’s parents William A. Hanger (1800-1846) and Eliza Hogshead (1809-1872) and the home they built near Staunton around 1831. At some point the basket lost its handle and found new life as a letter box for Mary’s granddaughter Willa Belle Hamilton Waller (1885-1969).

But key baskets were more than just places to store and keep track of assorted keys. They were tangible symbols of women’s domestic authority over their households and—in many Southern homes—the enslaved men, women, and children that occupied them. A slave-owning woman could reward a favorite enslaved worker with an extra morsel of food from an unlocked pie safe. Or she could withhold pain-relieving medicines secured in a locked apothecary chest.ii

The loss of that domestic power could be a powerful moment, as Winchester diarist Cornelia Peake McDonald (1822-1909) noted during the Civil War. In the spring of 1863—during the Union occupation of Winchester—General Robert H. Milroy commandeered for his headquarters the home of Mr. and Mrs. Lloyd Logan at the corner of Braddock and Piccadilly Streets (today’s Kimberly’s boutique). The general’s wife Mary Jane Armitage Milroy joined him by the first week of April.iii

The arrival of Milroy’s wife and the Logan family’s subsequent expulsion from the house resulted in a moment that McDonald—herself a head of household—found significant: “As Mrs. Logan left her house Mrs. Milroy entered smilingly, and as she did so Mrs. Logan’s keys were handed her with the information that in future they were hers.”iv McDonald did not mention one, but it is interesting to speculate that Mary Jane Milroy might have received Mrs. Logan’s household keys in a Valley-made key basket.v

Sadly, as key baskets became obsolete in the century following the Civil War, many homeowners threw them out. Others probably fell apart; when not cared for properly, leather can become brittle. But the small few that have survived can tell powerful stories. So, the next time you walk in the door and put your keys down, take a moment to think about where and in what you store them. A basket, maybe?

ii For the latest research on the power slaveholding women held over their enslaved bondsmen and women, see Stephanie E. Jones-Rogers, They Were Her Property: White Women as Slave Owners in the American South (New Haven, CT: Yale University Press, 2019). For developing ideas on control through objects in the home, credit to Torren Gatson, “Dr. Who? Apothe-What? The Birth of the Modern Pharmacy through the Lens of an 18th-Century Apothecary Chest,” Colonial Williamsburg Foundation, Colonial Williamsburg Antiques Forum, Williamsburg, Virginia, February 25, 2017.

iv Cornelia Peake McDonald, A Woman’s Civil War: A Diary, with Reminiscences of the War, from March 1862, edited by Minrose C. Gwin (Madison, WI: The University of Wisconsin Press, 1992), 136.

v For more about the Civil War-era life of Cornelia Peake McDonald, see “Grave Matters: Digging Up the History of the Wood-Glass Family Cemetery.” 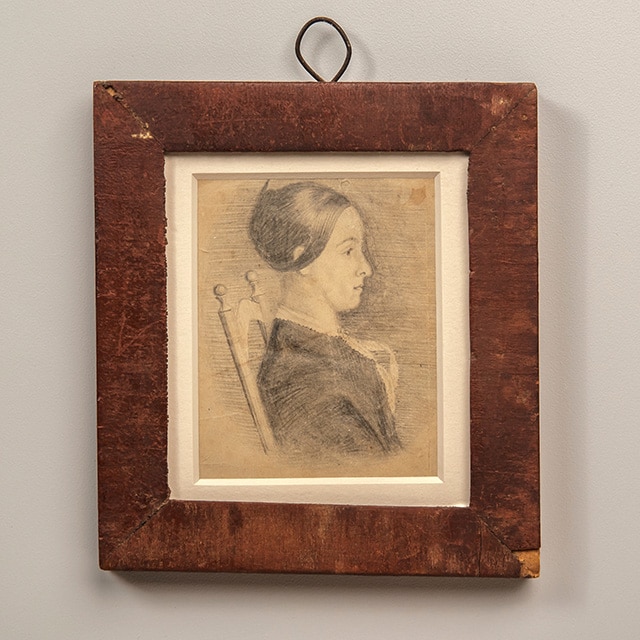 Portrait of Mary M. Trimble (1833-1917), Augusta County, VA, about 1853. Pencil and possibly charcoal on paper. Courtesy The Beverley A. and Jeffrey S. Evans Collection. Photo by Daniel Ackermann. The portrait is inscribed on the back: “Forget me not I only ask / This simple boon of thee / O may it prove an easy task / To sometimes think of me”. 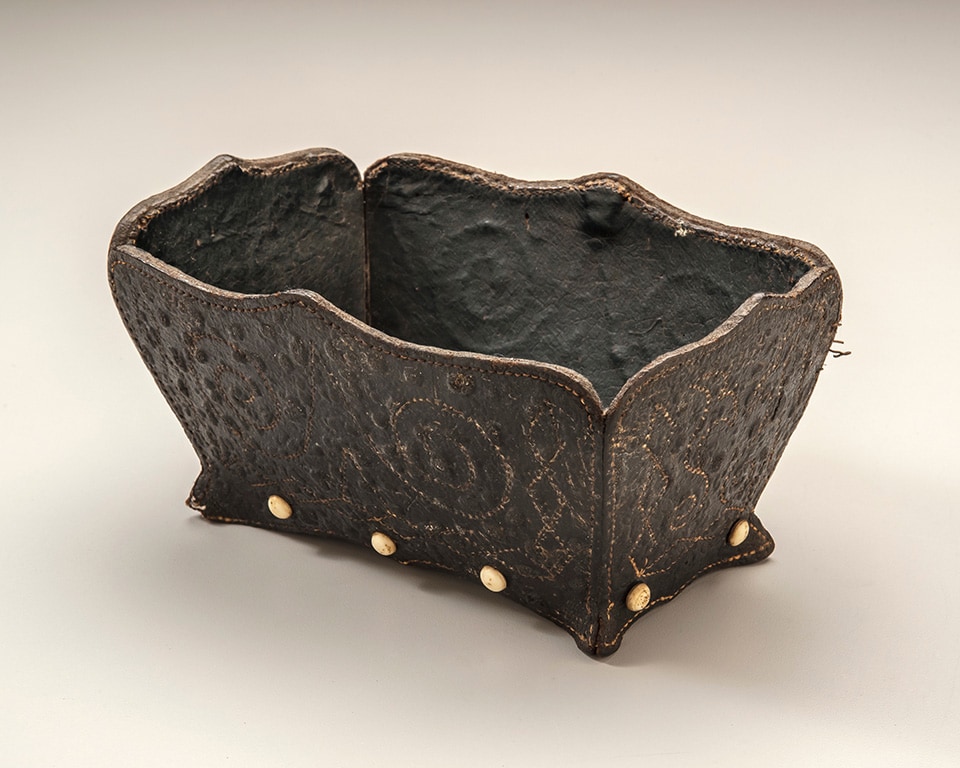 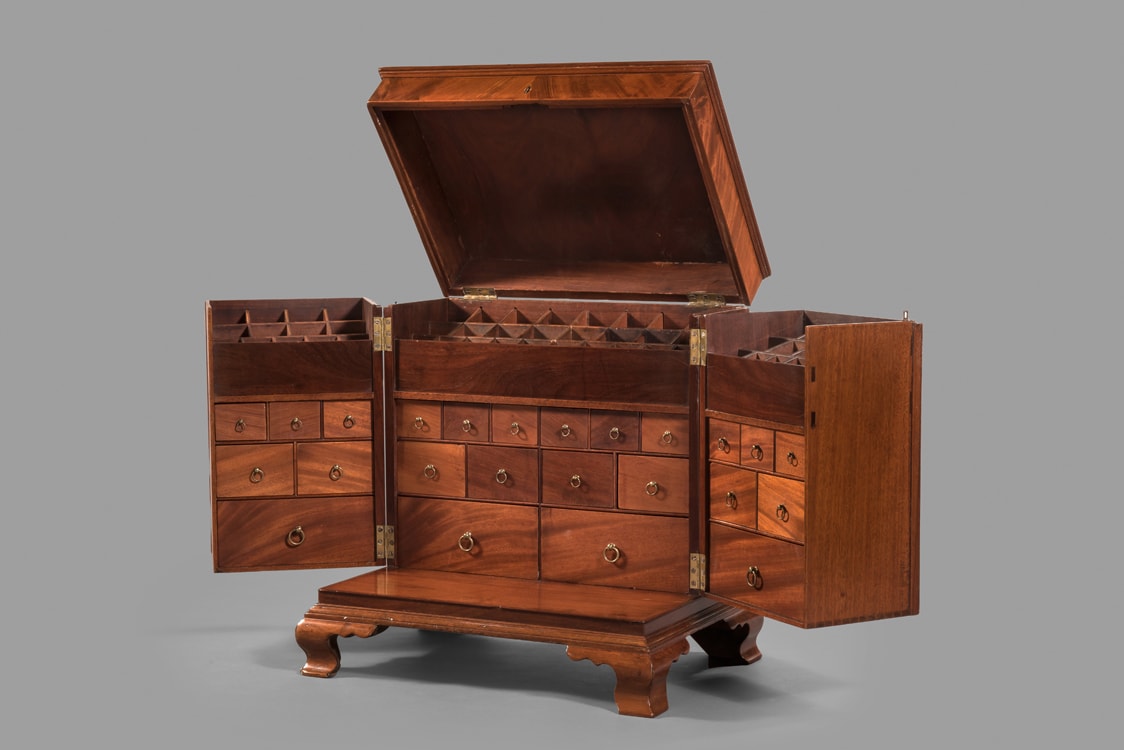 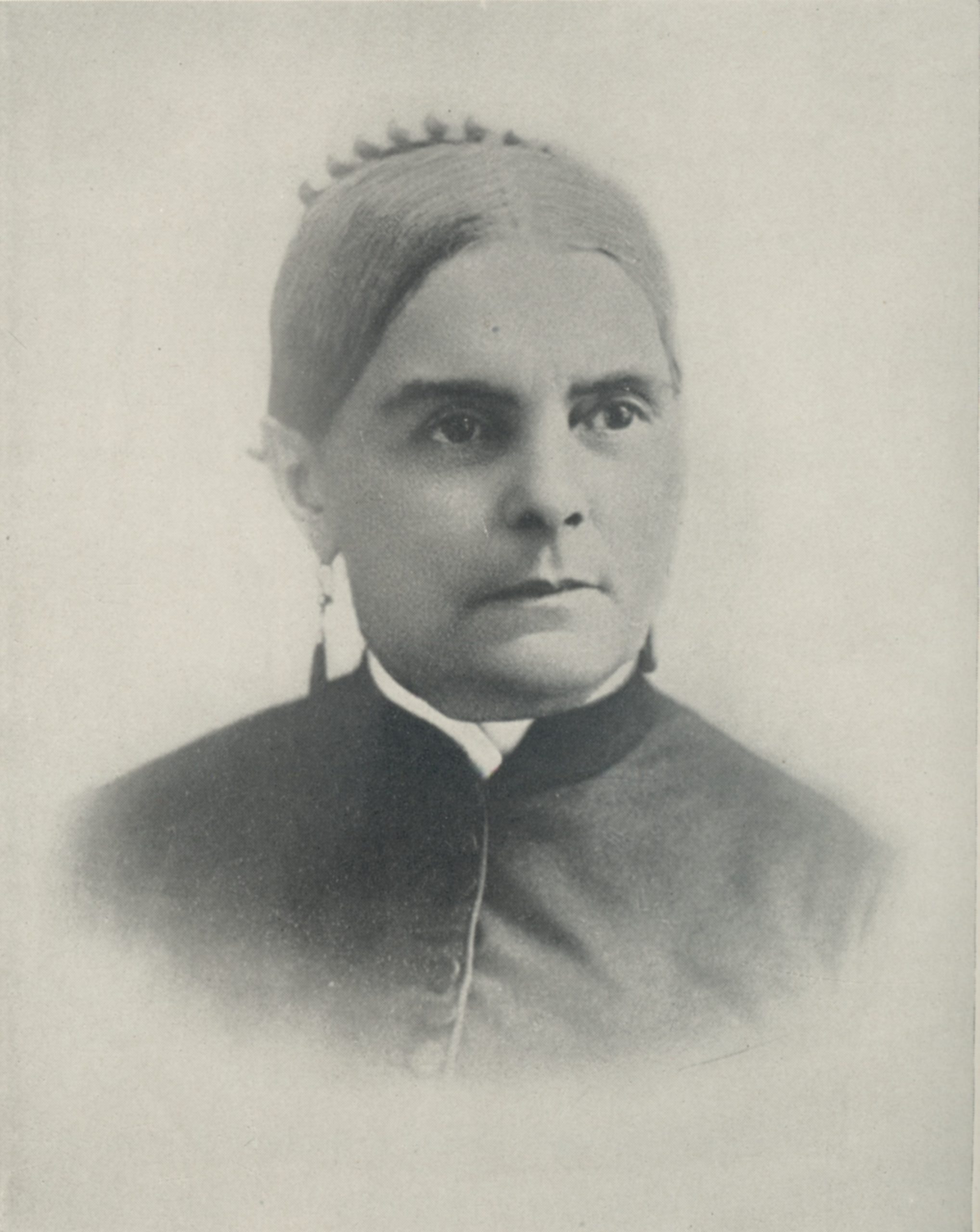 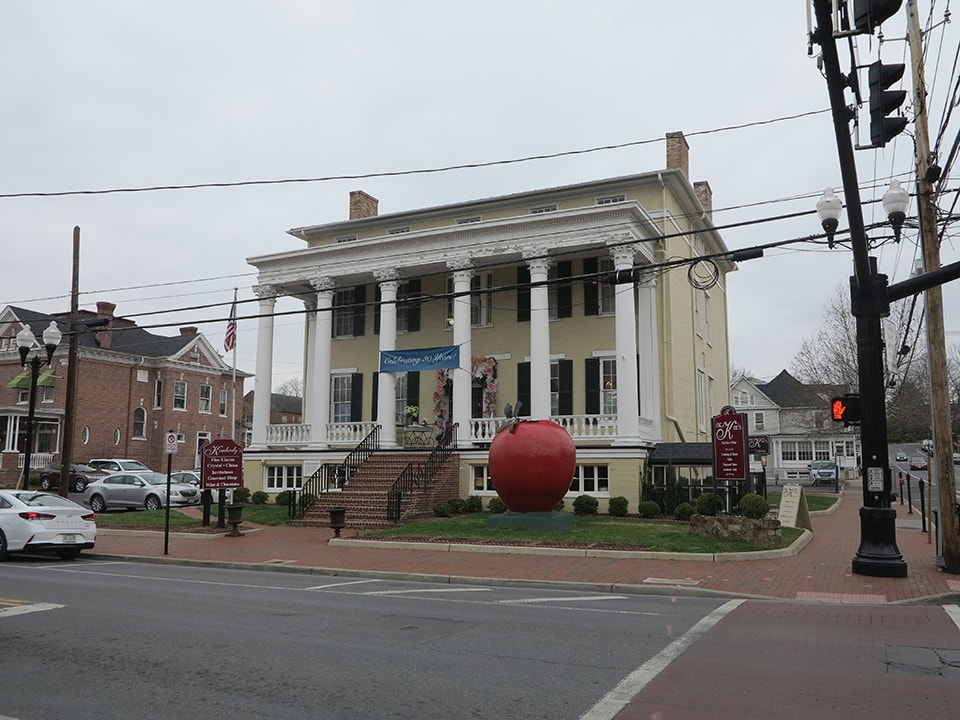