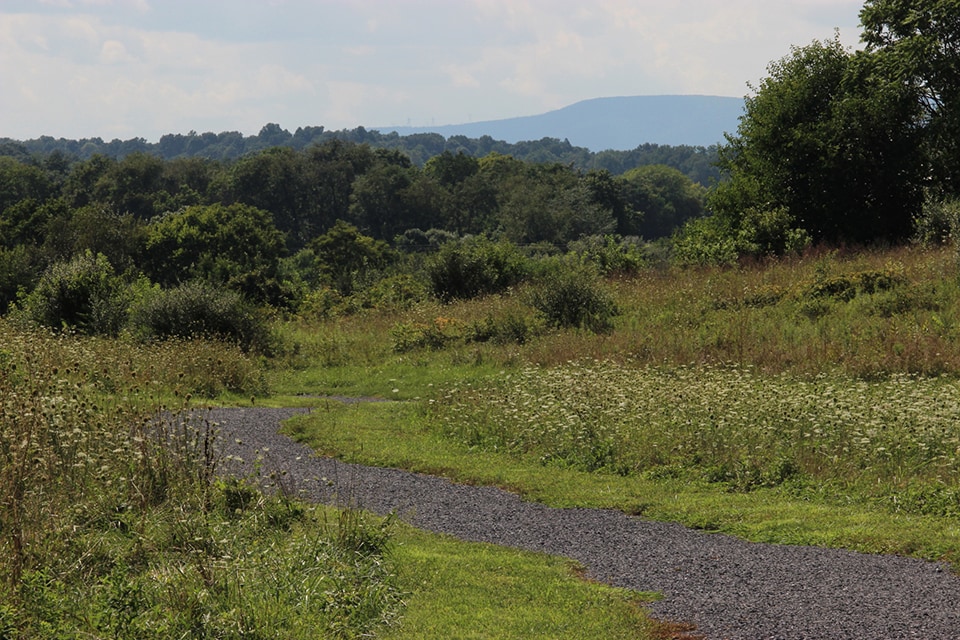 Partnership between Frederick County Parks and Recreation Department and MSV

Winchester, VA 8/18/16… A new community park is opening today, thanks to a partnership between the Frederick County Parks and Recreation Department (FCPRD) and the Museum of the Shenandoah Valley (MSV). Developed on the MSV’s Rose Hill Farm property, the 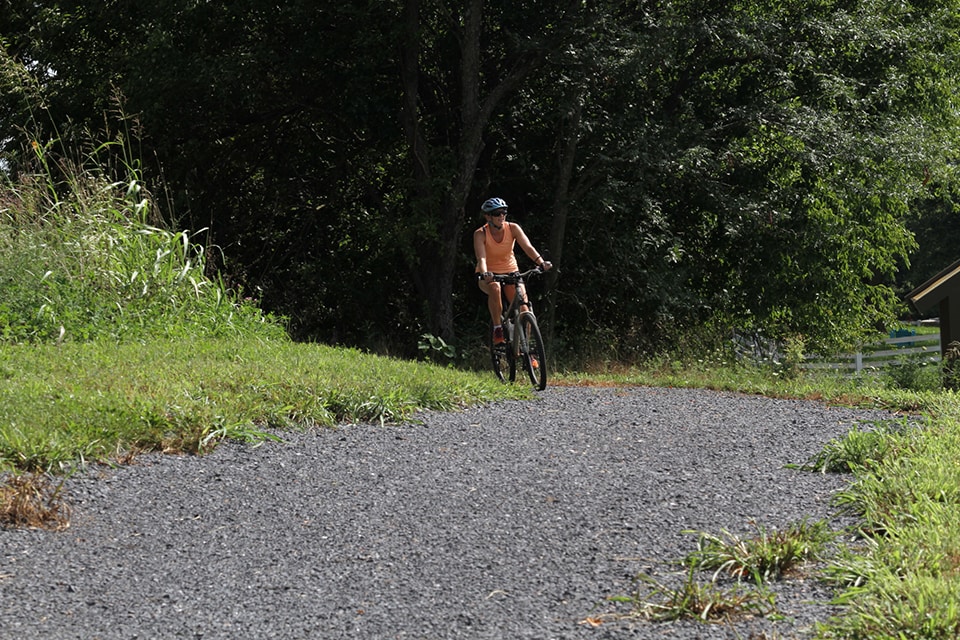 park includes a 1.25-mile walking trail, interpretive signage, a parking lot, and restrooms, all new. A 60-person picnic shelter is under construction and will open in the months ahead.

According to MSV Executive Director Dana Hand Evans and FCPRD Director Jason Robertson, the partnership between the two organizations has made possible what neither could do independently. In 2012, an FCPRD survey of the community identified a need for more multi-use trails, small parks, and natural areas in the county; however, the purchase of new parkland was financially unfeasible. Meanwhile, the MSV wanted to open its historic landscape at Rose Hill more fully to the public but lacked the resources to do so more than a few weekends annually.

To develop Rose Hill Park, the MSV, via the Glass-Glen Burnie Foundation, leased a portion of its farmland to the county for 50 years at the rate of $1 per year. In turn, FCPRD agreed to operate the new park. The MSV paid for a new 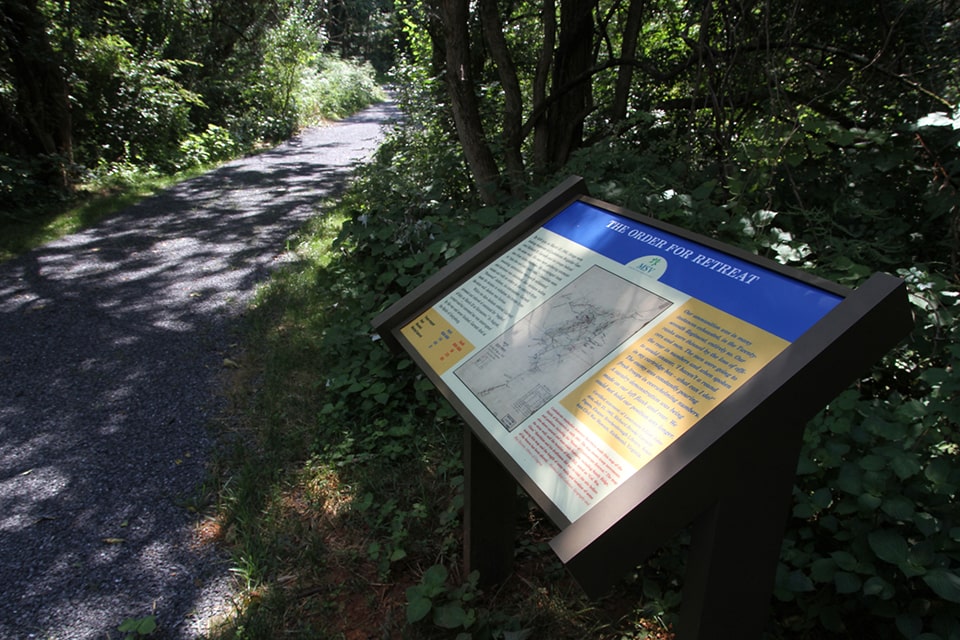 entrance into the property, construction of the parking lot, and installation of interpretive signage along the walking trail. Frederick County provided funding for the restroom facilities and installation of the trail. A portion of the Rose Hill property will continue in its rich history as a working farm; that acreage will remain closed to the public, as will the property’s historic house, which is now a private residence.

Eight feet wide and comprised of compacted stone, the park’s walking trail traverses approximately 90 acres of the farm. A Civil War Trails sign, which was previously located on the farm fence, has been moved to the beginning of the walking trail for easier access. Seven new interpretive signs have been placed along the trail to tell the story of the Civil War’s famous First Battle of Kernstown, portions of which were fought on the Rose Hill property on March 23, 1862. A spur on the trail provides access to remnants of the stone wall which featured prominently in the battle. 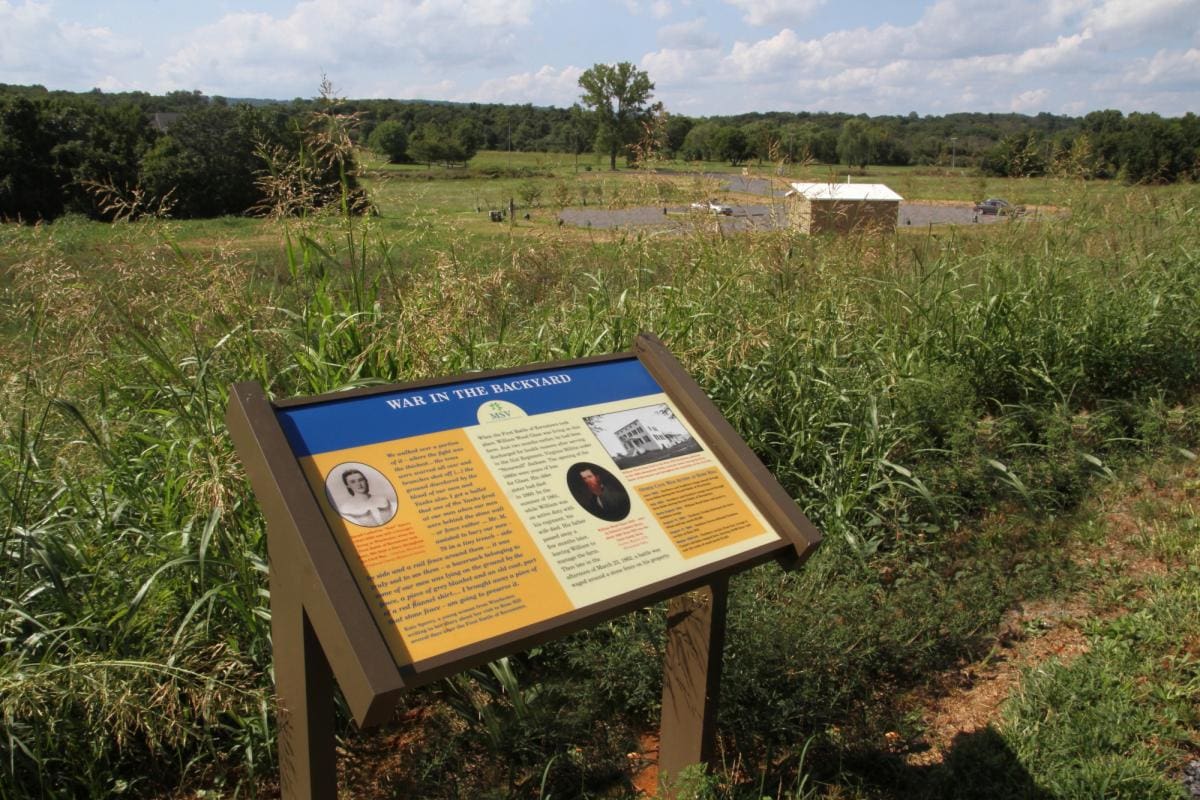 MSV Director Dana Hand Evans and FCPRD Director Jason Robertson are pleased that the new park provides area residents with free access to scenic green space and a new, multi-use trail in a central location of the county. Evans is particularly excited that the new park will provide Civil War enthusiasts with year-round access to the battlefield interpretation.

The MSV and FCPRD will celebrate the opening of Rose Hill Park with a formal opening event in the fall. Details will be announced in the weeks ahead. In the meantime, information about the future park shelter and reservations is available by calling FCPRD at 540-665-5678.

Located on Jones Road, one-third mile south of its intersection with Cedar Creek Grade, the new Rose Hill Park is now open to visitors at no charge from 8 a.m. until dusk, 364 days a year (closed December 25).

Background Information: The History of the First Battle of Kernstown

First Kernstown was fought on March 23, 1862. The battle involved more than 3,000 Confederate and 8,000 Union soldiers and raged over hundreds of acres south of Winchester. It was the first battle in the war’s famous Shenandoah Valley Campaign of 1862. Ultimately lost by Confederate forces, First Kernstown was Gen. Thomas J. “Stonewall” Jackson’s only tactical defeat of the war. Early stages of the battle were fought on the Pritchard-Grim Farm, now owned by the Kernstown Battlefield Association (KBA). Rose Hill Farm was the scene of the battle’s later phase and final conflict. It was at a stone wall on the Rose Hill property that Confederate troops—under the command of Brig. Gen. Richard Garnett—resisted approaching Federal forces until the light began to fail and ammunition began to run out. Garnett retreated, unaware that his fellow Confederate troops were close to victory at nearby Sandy Ridge.