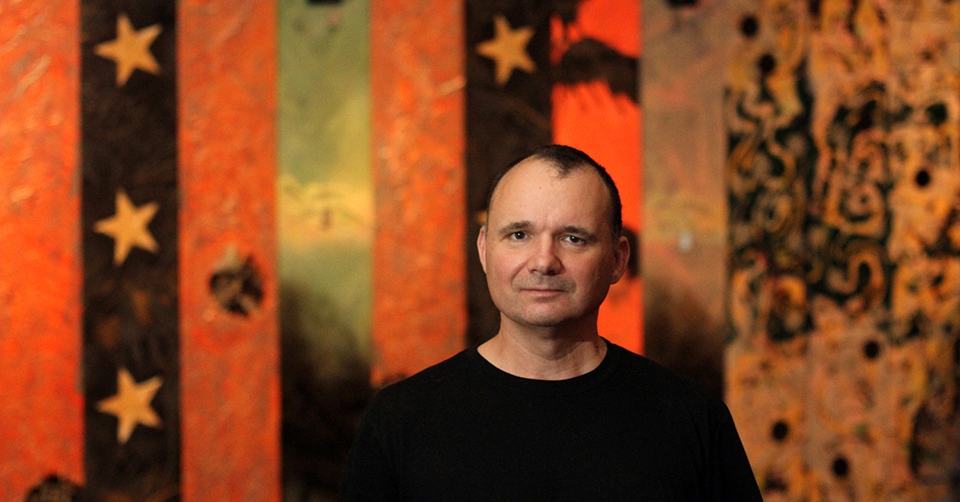 Winchester, VA  7/19/18 . . .Vibrant abstract paintings will be on view when Terry Ward’s Infinite Mash-Up opens in the Museum of the Shenandoah Valley (MSV) on July 21, 2018. Admission to the exhibition will be free on its opening day.

According to MSV Director of Exhibitions Corwyn Garman, when designing his series of 1-foot by 6-foot paintings, Terry Ward intends for his patrons to determine the orientation and 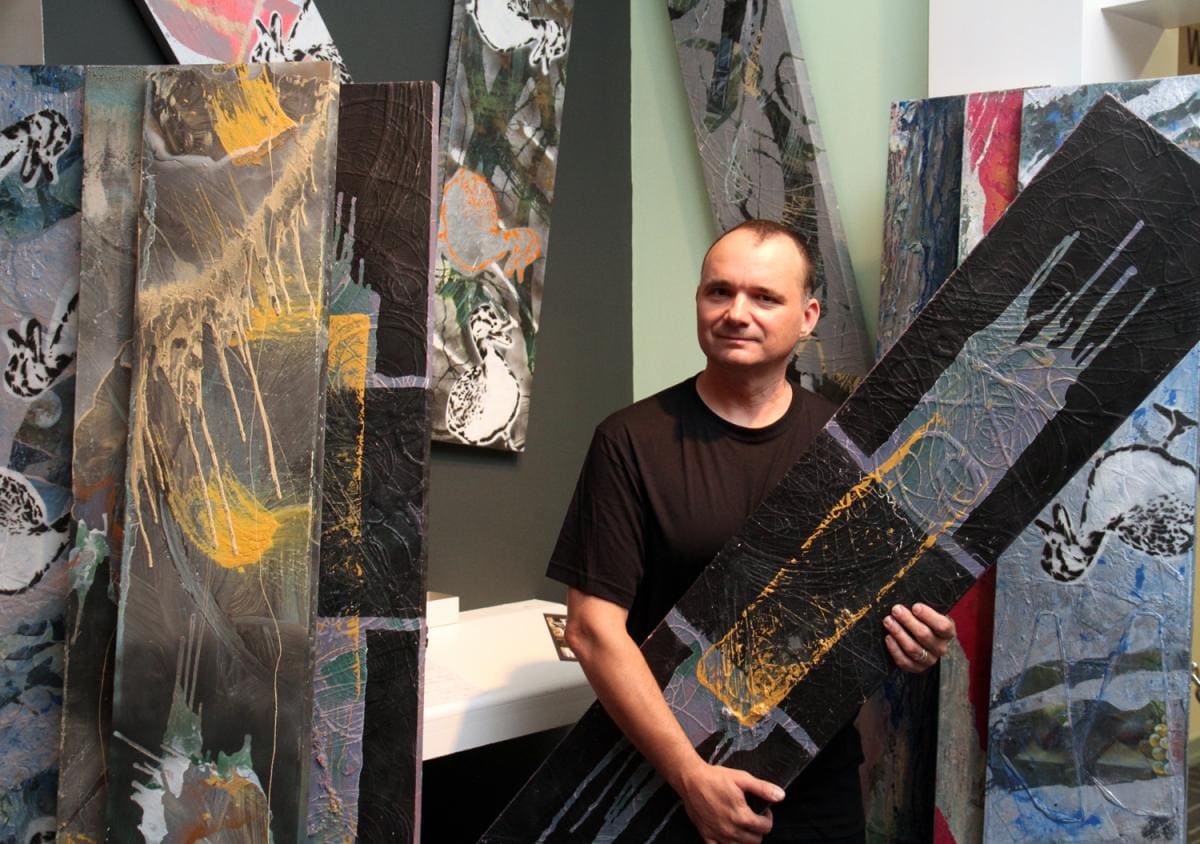 arrangement of the panels. Garman notes that Ward designs his art to be mixed and re-mixed, with each combination resulting in a new work. This approach to art, Garman adds, is an innovation that distinguishes Terry Ward’s work from that of other artists.

On view in the Shenandoah Valley Gallery, Terry Ward’s Infinite Mash-Up will include the jarring Think Back to Iraq—portions of which are in Jimmy Carter’s personal collection—as well as a playful whole-wall freeform cascade, and a Holocaust-themed piece rarely on public view. The MSV exhibition will feature panels on first-time display along with works previously exhibited in New York City’s World Trade Center/World Financial Complex and at a Smithsonian-affiliated gallery in Washington, DC. Works in Terry Ward’s Infinite Mash-Up were created using a variety of paints—house paint, oil, acrylic, and spray paint—and feature objects, such as paper money, dog tags, photographs, and acrylic hair.

Born in 1970 in Chicago, Illinois, Ward spent his formative years in northern cities. As a teenager, he moved to rural Virginia. He later attended nearby James Madison University (Harrisonburg, Virginia), studying art in the late 1980s and early 1990s. 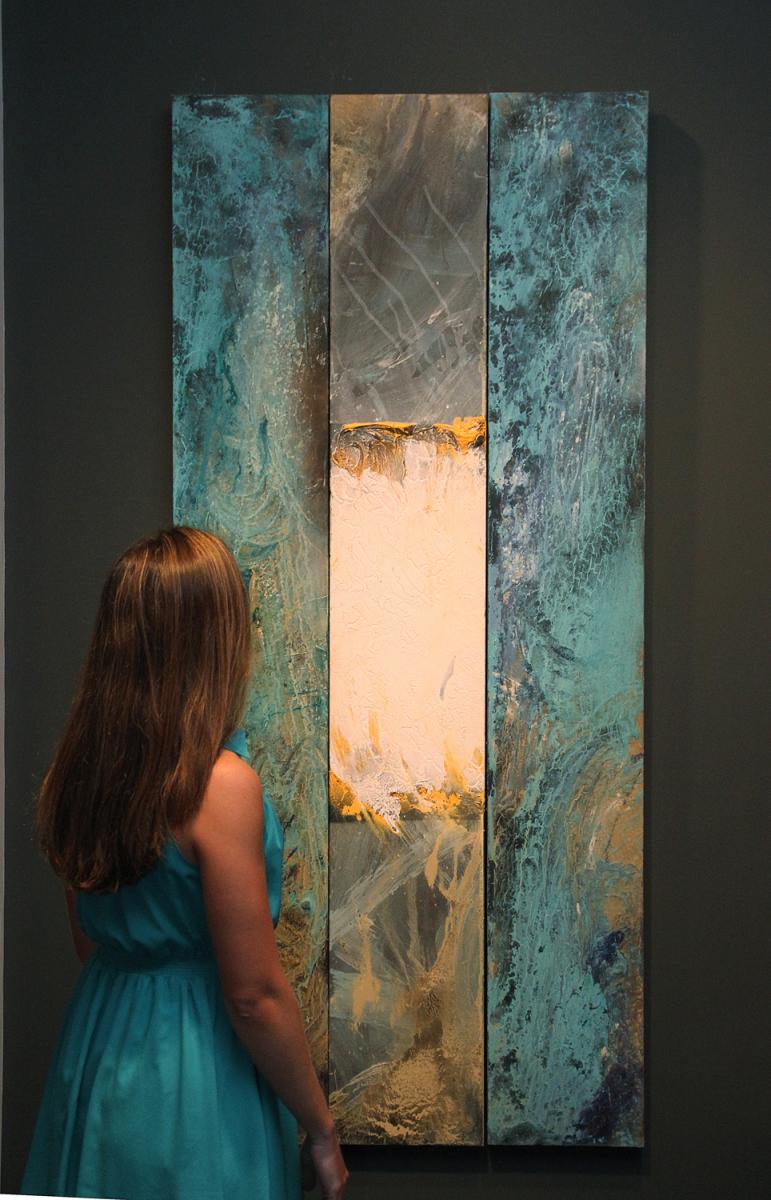 His interest in acting and performing arts landed him a spot on local radio, and he became the voice of NPR news throughout the Shenandoah Valley for 17 years. While Ward’s studio is in Waynesboro, Virginia, he remains connected to his city roots, frequently exhibiting in New York City and other national urban venues in addition to the Shenandoah Valley.

Those interested in meeting artist Terry Ward are invited to attend the exhibition’s opening reception from 6 to 8 p.m. on Saturday, July 21. Admission to the event is free to MSV Members and $20 for all others (includes light refreshments and exhibition admission; cash bar). Preregistration for the event is required. Tickets may be purchase by calling 540-662-1473, ext. 208, or registering online at www.theMSV.org/TerryWard.

A regional cultural center, the MSV is located at 901 Amherst Street in Winchester, Virginia. The MSV includes galleries, the Glen Burnie House, and seven acres of gardens. The galleries and exhibitions are open year-round; the house and gardens are open April through December. Admission is $10 or $8 for seniors and youth ages 13 to 18. Additional details are available at www.theMSV.org or by calling 540-662-1473, ext. 235. –END–