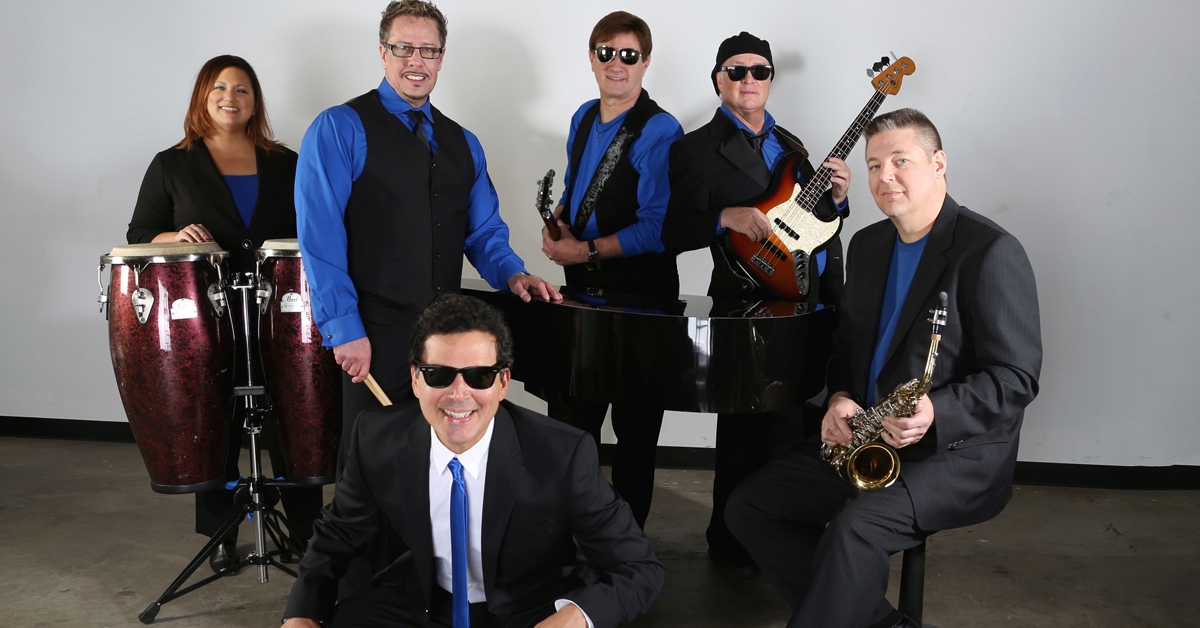 Winchester, VA 7/09/18…A tribute to Billy Joel from the Robert Eric Band, family lawn games, and admission to the gardens and galleries will highlight Gardens at Night at the Museum of the Shenandoah Valley (MSV) on Friday, July 13, from 6 to 9 p.m. In addition, those attending will be able to purchase food, beer, and wine.

According to MSV Community Programs Manager Autumn Gray, thanks to the sponsorship of Navy Federal Credit Union, admission is free to all active military personnel and their families and individual retired veterans (military id required). Admission to Gardens at Night is free to MSV Members and ages 12 and under. The ticket price for all others, which includes the concert and admission to the MSV’s seven-acre gardens and exhibitions, is $10. The summer concert series is also sponsored by Shenandoah Country Q102.

A six-member band based in New Jersey, the Robert Eric Band is fronted by vocalist, pianist, and guitarist Robert Eric. Eric has been performing Billy Joel’s music since 2003, both as a solo artist and with various bands. Robert Eric has performed throughout New York, New Jersey, and Pennsylvania and his band has opened twice for Billy Joel. In 2005, Robert Eric released Club Billy Joel, a dance remix album of “Piano Man” classics (available through CDbaby.com).  Along with Eric, the band includes a bassist, a keyboardist and sax player, a drummer, a conga player, and a guitarist. For Gardens at Night, the Robert Eric Band will play Billy Joel’s greatest hits, such as “Movin’ Out,” “Only the Good Die Young,” “New York State of Mind,” and “My Life.”

Along with live music, Gardens at Night features free family activities. From 6 to 8 p.m. children may play a variety of lawn games, including hula hoops, cornhole, and a giant Jenga set.

Throughout the evening attendees may experience the seven-acre Glen Burnie Gardens and explore the MSV galleries and exhibitions. The award-winning traveling exhibition Nature Connects®: Art with LEGO® Bricks is on view in the MSV gardens and Hear My Voice: Native American Art of the Past and Present, an exhibition organized by the Virginia Museum of Fine Arts (VMFA) that explores Native American artists and their art, is on view in the MSV Changing Exhibitions Gallery. The statewide tour of Hear My Voice is generously sponsored by The Schiller Family, and its MSV display is made possible, in part, by the support of the MSV Compass Society.

Those attending Gardens at Night at the MSV also may purchase food and drinks at the event. The Talk of the Mountain Seafood, Roaming Bistro (see menu), Crash Test Yummies (see menu), and Shaffer’s BBQ (see menu) food trucks will be at Gardens at Night. Chick-fil-A (see menu) and Stir Krazy Kettle Korn will also be at the event selling meals and freshly made kettle corn. Hard cider from WInchester Ciderworks, wine from Winchester’s James Charles Winery & Vineyard (by the bottle & glass), beer from Winchester Brew Works (American Wheat Beer & Canoe Love Cream Ale; 12 oz. pour; $6), water, and soda will be available for purchase. No outside food or drinks will be permitted in the concert area.

The gates will open for seating at 5:30 p.m. and the gardens, galleries, and food trucks/drink stations will open at 6 p.m. The music will begin at 7 p.m. The concert will take place on the lawn by the MSV. All those who plan to listen to the musical performance should bring their own chairs. The concert will take place outdoors rain/shine and attendees should dress for the weather. Due to recent heavy rains and standing water, field parking at the MSV is limited. Additional parking is available at Calvary Baptist Church, James Wood Middle School, and the Wellspring parking lot. Passenger drop off at the MSV will be available.

The MSV is located at 901 Amherst Street in Winchester, Virginia. The MSV complex—which includes galleries and exhibitions, the Glen Burnie House (not open during Gardens at Night), and the gardens—is open Tuesday through Sunday. Additional information is available by calling 540-662-1473, ext. 235, or referring to www.theMSV.org. – END –

About Navy Federal:
Navy Federal Credit Union is the world’s largest credit union with more than $90 billion in assets, 7.8 million members, 317 branches, and a workforce of over 17,000 employees worldwide. The credit union serves all Department of Defense and Coast Guard active duty, civilian and contractor personnel and their families. For additional information about Navy Federal, visit www.navyfederal.org.