This Must Be the Place: The Art of Landscape Opens at the MSV 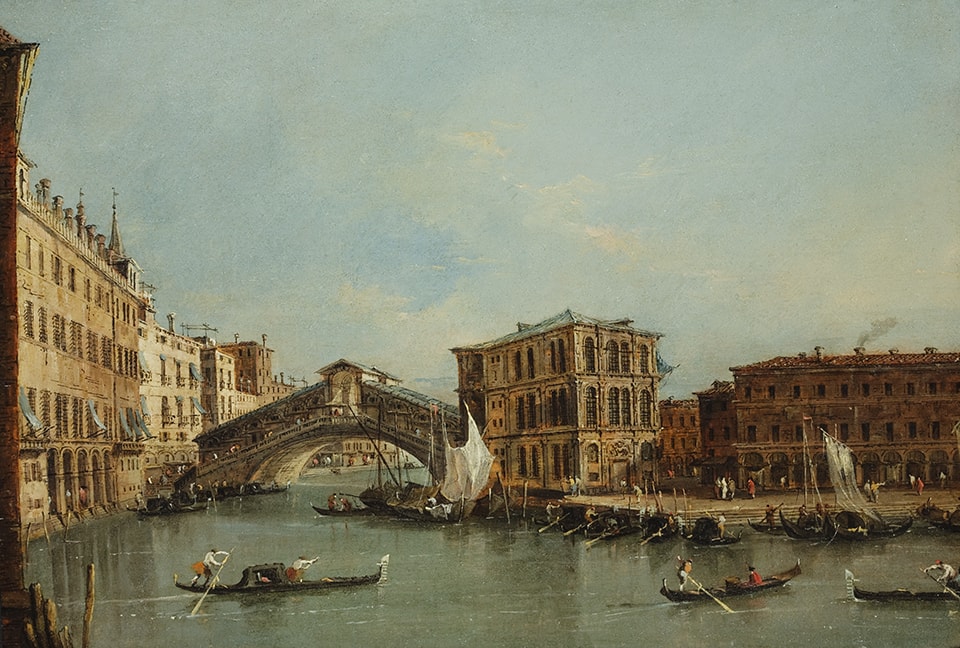 Winchester, VA 11/19/16…Opening today in the Museum of the Shenandoah Valley (MSV), This Must Be the Place: The Art of Landscape displays more than 35 paintings and drawings from the collection of MSV benefactor Julian Wood Glass Jr. (1910–1992). The exhibition is on view in the Museum’s Founders Gallery through July 1, 2018.

According to MSV Executive Director Dana Hand Evans, This Must Be the Place examines nearly 300 years of landscape art and illustrates locations in England, Europe, and the Americas. Director Evans notes that the exhibition presents the best of the Glass Collection landscapes and includes scenes of the countryside, sea, and city.

Works in the exhibition are presented in six sections: idealized images recalling the ancient world, ocean views and seascapes, the natural landscape and cities of Italy, the French countryside, the English landscape, and the American landscape. The earliest work in the exhibition, A Summer Landscape was painted about 1616 by Flemish artists Joos de Momper the Younger (1564–1635) and Pieter Brueghel the Elder (1568–1625). The most recent works, a pair of Hudson River landscapes, were painted in 1890 by American artist Jasper Francis Cropsey (1823–1900).

Made possible with the support of the Museum’s lead donors, the MSV Compass Society, This Must be the Place will be complemented by a variety of programming for all ages.

The first event celebrating the exhibition, “A Musical Grand Tour,” will take place from 6 to 8 p.m. on Friday, December 9, and will include nighttime access to the exhibition and a performance by soprano Alina Kershon Goldman. Accompanied by pianist Matthew Davidson Booth, Goldman will perform works by Giacomo Puccini, Léo Delibes, Jules Massenet, and other opera composers. Attendees may tour This Must Be the Place from 6 to 7 p.m.; the music will begin at 7 p.m. in the Reception Hall. Registration is free to MSV Members and Shenandoah University students and faculty. Admission for all others—which includes exhibition admission and the musical performance—is $10. Seating is limited and those interested in attending are encouraged to pre-register.

A regional cultural center, the MSV is located at 901 Amherst Street in Winchester, Virginia. The MSV includes galleries, the Glen Burnie House, and seven acres of gardens. The galleries and exhibitions are open year-round; the house and gardens are open April through December. Admission is $10 or $8 for seniors and youth ages 13 to 18. General admission is always free to youth ages 12 and under and to MSV Members. Thanks to sponsor Howard Shockey & Sons, Inc., admission is free to all every Wednesday. Additional details about the exhibition and a variety of complementary programs are available here or by calling 540-662-1473, ext. 235. –END–

About Julian Wood Glass Jr.
MSV benefactor Julian Wood Glass Jr. (1910–1992) was a descendent of Mary and James Wood, who settled the site now called Glen Burnie in the late 1730s and founded the city of Winchester—then called Frederick Town—in 1744. Julian grew up in Nowata, Oklahoma, where their father had moved from Winchester and achieved financial success in the oil industry. The Glass family enjoyed a gracious lifestyle that exposed Julian to European travel and the arts. As a young boy, Julian saved his allowance to buy art. This collecting passion continued throughout his life. He eventually amassed a significant collection of English and American paintings and decorative arts. He displayed his collection in his homes in Oklahoma and New York, as well as in Glen Burnie, which he acquired in the 1950s.

In the late 1950s, Julian, aided by his partner R. Lee Taylor (1924–2000), undertook an extensive renovation of the Glen Burnie House. The couple turned the house into a showplace and surrounded it with acres of formal gardens. After their romantic relationship dissolved, Julian continued to use Glen Burnie as a retreat in which to entertain, and Lee lived in a small apartment in the house and managed the site. Prior to his death in 1992, Julian established the Glass–Glen Burnie Foundation to assure that his collection and Glen Burnie would be preserved for public enjoyment. The Glen Burnie House and Gardens opened in 1997, with Lee Taylor serving as curator of gardens until his death. In 2005, the Museum of the Shenandoah Valley opened on the site, and today it presents Julian’s collection through changing exhibitions on a variety of topics.