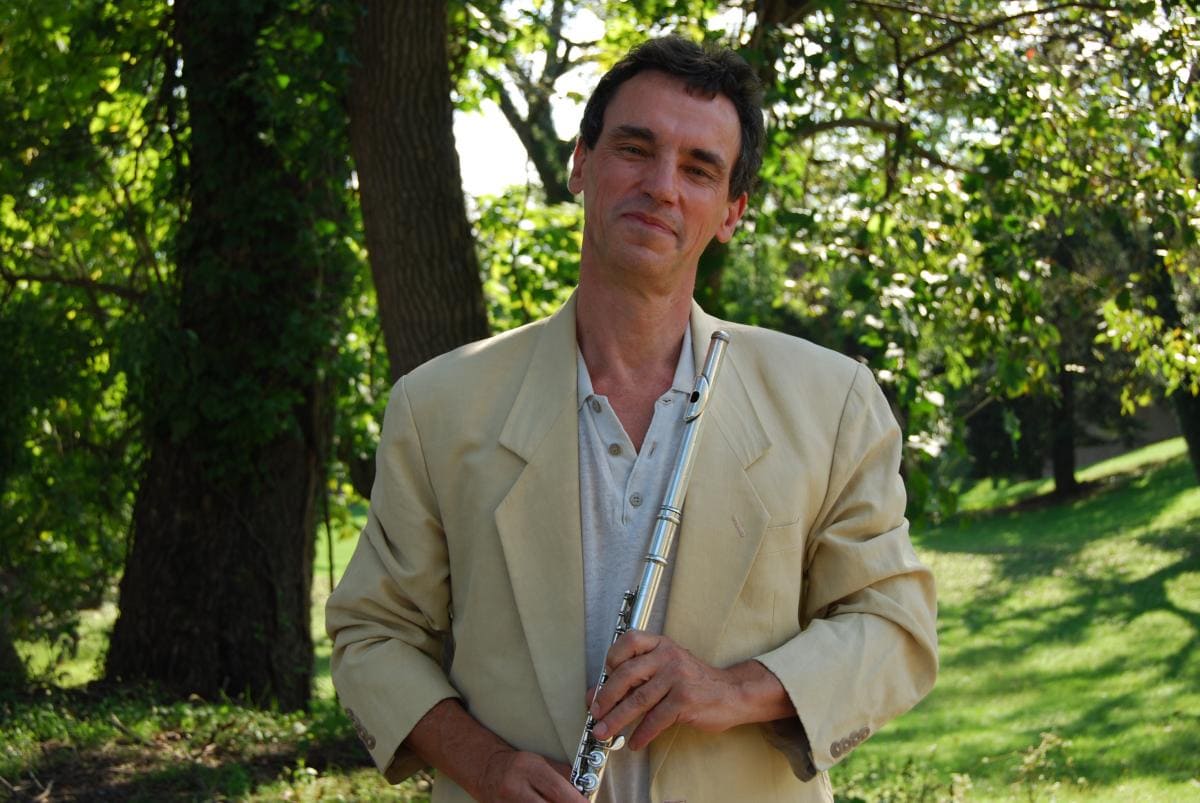 One of Britain’s premier solo flautists, Jonathan Snowden is the artist-in-residence at the Levine School of Music, Washington, DC, and professor of flute, Shenandoah Conservatory, Winchester. For his Glen Burnie performance, Snowden will treat concert-goers to a musical journey that will range from baroque to contemporary and include a discussion detailing the development of the flute through various countries and eras. The evening’s program will include a total of 12 works by German, French, American, British, and Russian composers. For all but two flute solos scheduled for his MSV performance, Snowden will be accompanied by his wife, pianist Susan Snowden. [Register here.]

Jonathan Snowden has been Principal Flute of the Royal Philharmonic, London Philharmonic, and Philharmonia Orchestras of London. Termed by The Guardian as “one of the most brilliant flautists of his generation,” Snowden has performed concert tours in Europe, the United States, and Japan, and he has performed upon invitation with the Pittsburgh Symphony and Boston Symphony Orchestras. He has performed as soloist with some of the most distinguished orchestras in this country and abroad, including, to name a few, The Royal and London Philharmonic Orchestras, the BBC National Orchestra of Wales, and the St. Louis Symphony Orchestra. Along with teaching master classes at The Juilliard School, the Manhattan School of Music, the University of North Carolina at Chapel Hill, DIT Conservatory of Music (Dublin), the London College of Music, and the Royal Academy of Music, Snowden has adjudicated, performed, and taught for the British Flute Society, the National Flute Association, and the Flute Society of Washington, DC. In demand as a session musician, Snowden has recorded film scores for such films as Shrek–Forever After, The Dark Knight, The Da Vinci Code, The King’s Speech, and Mr. Holland’s Opus, and he has recorded and performed with popular artists as diverse as Bjork, Sting, Sir Cliff Richard, and Elvis Costello.

Tickets to the salon performance, which include the entertainment and wine-and-cheese reception, are $30 per person for MSV Members and SU faculty and students. For all others, tickets are $35. Seating is limited; those interested in attending must purchase tickets by August 31. Tickets may be purchased here or by calling 540-662-1473, ext. 240.