Growth, Understanding, and Civil Rights: A Ball of Confusion!

Growth, understanding, and civil rights: A Ball of Confusion! Imagine just for a moment that you are an elementary school child in the early 1950s, and just beginning to understand the formal education being presented to you in the only school for Black children in the city where you live. The lessons of being proud of who you are, standing straight, and addressing the individual or persons that you are speaking with by speaking clearly and authoritatively are instilled in you. You learn to transfer these skills to your life outside of the school.

Things turn when you try to use these forms and skills when speaking with whites. You are now being told that you should not be cocky or forceful. I always thought that it was being confident. Don’t make eye contact while speaking to a white person. Again, this was causing confusion.  You are being taught about Black Americans who stood up to create freedom and equality for all persons of this nation. You try to emulate what you are taught about how those people conducted themselves. These skills seemed missing from the very people teaching us these skills when they were interacting with whites. Again, confusion set within a young Black mind.

In the early and mid-1960s, we are hearing about the Rev. Dr. Martin Luther King Jr., and his non-violent messages to the Black community and equality and fairness for all to white authoritative leaders. These messages were very much in line with what we were being taught in our schools. In our Black neighborhoods, however, with young adults and older teenagers we were hearing messages from Malcom X encouraging Black Americans to stop begging white people for our freedom. Take charge of your own destiny. Nonviolence is not the answer.  And finally, obtain your rights “by any means necessary.” To white society leaders seeking to oppress Blacks from voting, Malcom openly encouraged deadly violence. His message was: “The Ballot or the Bullet”.

Malcom was assassinated in 1965. Dr. King was assassinated in 1968.  Their loyal followers continued the work to implement the messages of both men. To those of us who were young, this again was a ball of confusion. We too were now at that age where we became engrossed in the battle for civil rights. The country was now literally ablaze, with over 100 of the cities across the nation set on fire, and portions of its citizens engaged in protest. One day you’re attending a civil rights protest. The next moment you’re at a Vietnam War protest.  Then the next moment you’re at a love festival or receiving a letter from the government saying “Greetings”! This meant that you were drafted into the military. In the words of Marvin Gaye, we were all saying, “What’s Going On?”!

The nation changed. Governmental leaders seemed as confused as us young adults. Their rationale for changing laws and racial mindsets in the nation was that Dr. King and his messages had shown them the errors of their previous beliefs. This totally discredited the preaching and practices of persons such as Malcom, Stokely Carmichael, H. Rap Brown, and groups such as the Black Panthers and Student Nonviolent Coordinating Committee (SNCC). Those of us that were there, however, know just how integral those elements of the movement were in bringing about change in America.  “People moving out. People moving in. Why, all because of the color of the skin? Run, run, run, but you sure can’t hide…vote for me, and I’ll set you free…Ball of confusion, that’s what the world is today” (lyrics from the 1970 song “Ball of Confusion” by the Temptations). 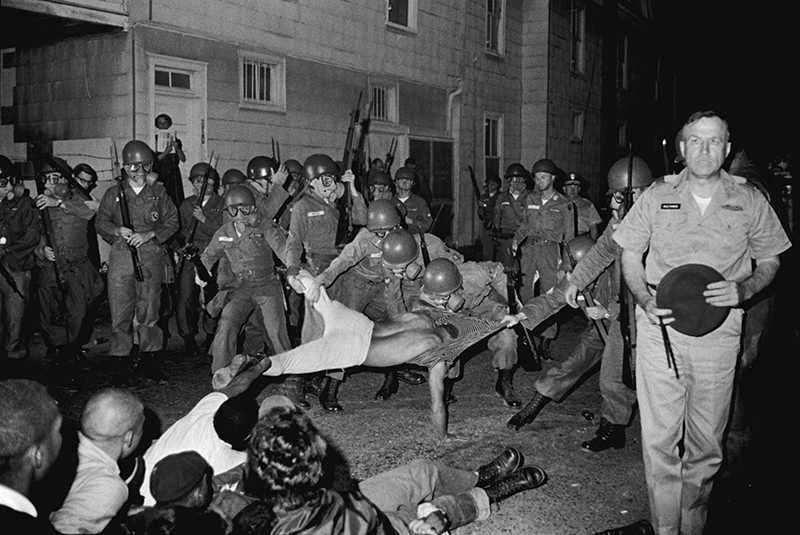 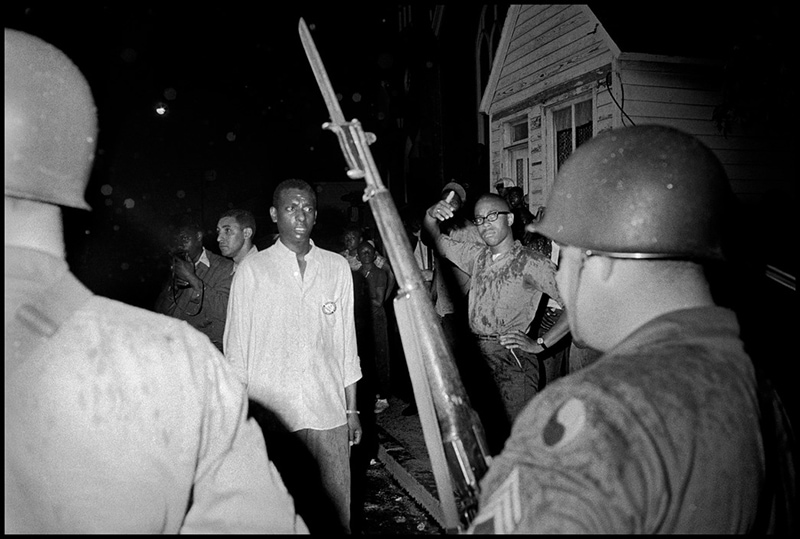 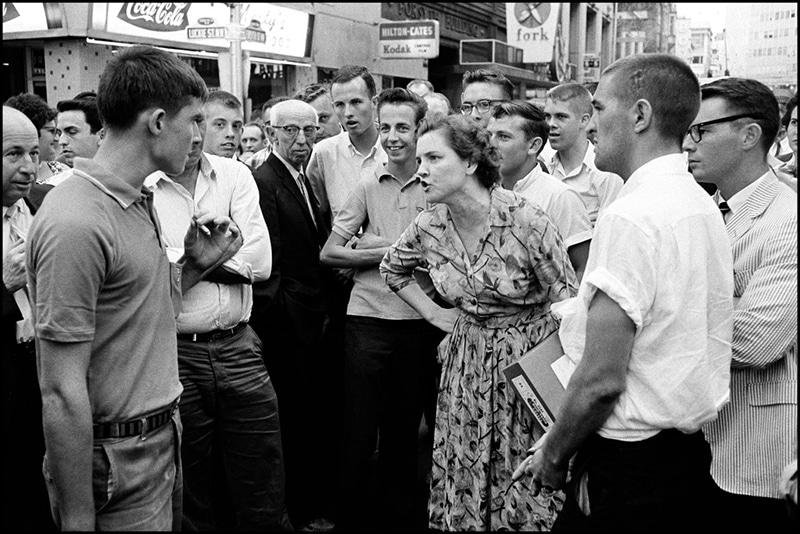 "As demonstrators block traffic to protest segregation and unfair hiring practices in downtown Atlanta, a mob begins to abuse them with kicks, blows, and burning cigarettes. An anonymous woman walking by with a box of typing paper confronts the mob and for a while holds them at bay. When someone yells, “If you feel that way, why don’t you marry one of them?” she sits down and joins the demonstrators, 1963." Gelatin silver print. © Danny Lyon, Courtesy of Etherton Gallery AZ. 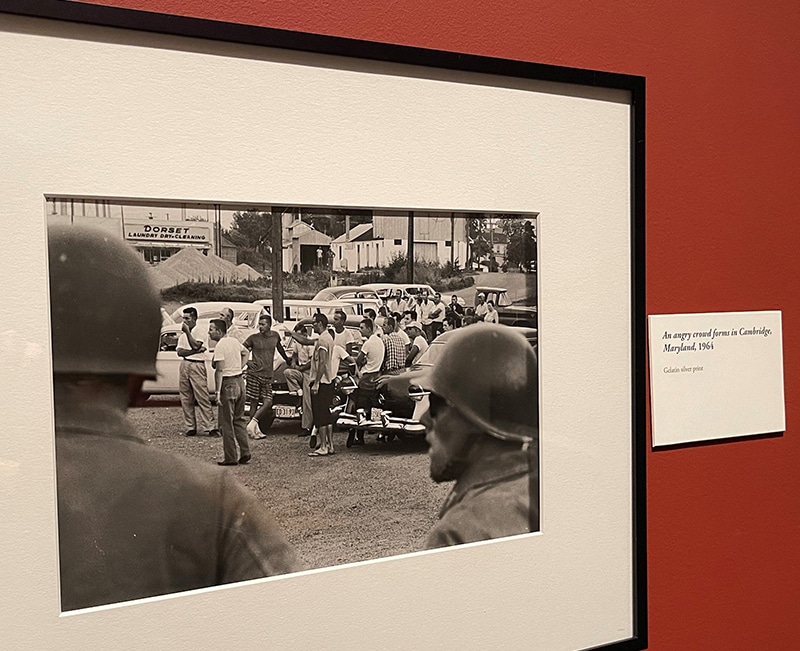