One of the many stories told in the new exhibition, Contributions: African Americans in the Shenandoah Valley, is that of free Blacks living in the region. Including those who were either born free or achieved their freedom through manumission (release from enslavement), free blacks in Virginia numbered approximately 58,000 people just before the Civil War i.

The majority of Virginia’s free people of color congregated in the Commonwealth’s largest cities—like Richmond and Petersburg—where they built formal and informal networks for mutual support and protection. Free Blacks, though, also built lives in communities up and down the Shenandoah Valley.

While free in a legal sense, free Blacks in Virginia experienced a slave society that denied them the full rights of American citizens. Free people of color could not vote, nor testify against whites in court, were required to register with county officials, and had to remain financially independent to avoid fines and imprisonment.

Rebellions in Virginia led by enslaved people—like those of blacksmith Gabriel Prosser in Richmond in 1800 and Nat Turner in Southampton County in 1831—brought additional scrutiny of free Black communities by whites. But despite discriminatory laws restricting them, free Blacks carved out meaningful lives for themselves and their families. Through the daily act of living, free people of color challenged the racial status quo.

Documentary records detailing the lives of free Blacks in the Valley are present throughout the MSV Collection. Some are frustratingly short. Others lead to stories of people whose dogged determination and enterprising spirit helped them maintain their free status until 1865 when the 13th Amendment abolished slavery throughout the country. One such document is a receipt from free Black barber Fleming Jordan (born 1818) to Dr. Robert Wood (1776–1855) of Glen Burnie in October 1851 for “2½ Months shaving.”

Barbers were among the most affluent of Virginia’s free Black population. Their specialized skills were needed on a recurring basis. Nevertheless, barbers like Jordan navigated difficult circumstances. Their occupation placed them under near constant scrutiny of white clients who did not see them as equals (yet ironically trusted them to maneuver sharp blades close to their throats).ii

Fleming Jordan seems to have followed the trend of success that some free Black barbers experienced. In October 1849, he married freewoman Margaret Brown of Winchester.iii A year later—as documented in the 1850 U.S. Census—the couple lived in their own household alongside two young boarders: 10-year-old George Laton and five-year-old Josephine (possibly George’s sister). The census further identifies that Jordan was born in Virginia and was identified by the census taker as “mulatto,” a derogatory term identifying someone of mixed Black and white ancestry.

This Fleming Jordan is possibly the same Virginia-born man working as a “Barber” in Washington, DC in the 1860 U.S. Census. Jordan’s ages—32 in 1850 and only 38 ten years later in 1860—do not match. However, ages often vary from census to census, particularly among African Americans and people of African descent. The census enumerator might have received or recorded incorrect information. Or, if Jordan was born enslaved before becoming a free man, he may not have known the exact year of his birth.

Assuming he was the same man, Jordan likely moved to the nation’s capital to find a wider market for his barbering services and to become part of a larger free Black community. By 1850, free Blacks in Washington outnumbered those who were enslaved by a ratio of two-to-one. Jordan’s efforts resulted in financial growth; the 1860 census noted that he owned real estate valued at $500 (worth approximately $16,000 today).

Sadly, Jordan’s wife Margaret Brown does not seem to have survived to witness and contribute to the family’s mounting success. Listed below Fleming in the 1860 census is 26-year-old Marcelena Jordan, presumably his second wife. The Jordan family also continued to board other free people of color. This included 14-year-old David Garret and 21-year-old Josephine Curtis (too old to be the Josephine that lived with the Jordans during their time in Winchester and born in the District rather than Virginia).

Thus far, definitive records for the Jordan family after 1860 have yet to surface. Some records suggest that Fleming Jordan died in Washington sometime before 1878.iv Future research might reveal more about his life, his determination, and his challenges in navigating the Reconstruction era. But Jordan and other free barbers like him laid the foundations for Black-owned barbershops that were hubs of community and leadership for African Americans in the twentieth century.v

Fleming Jordan’s receipt to Robert Wood—as well as other primary documents and photographs—will be on view in the Contributions exhibition through April 8, 2022. Future rotations into the exhibition will explore the ways free and enslaved Blacks in the Valley built families and communities, expressed themselves through action and dress, and encountered and resisted slavery. 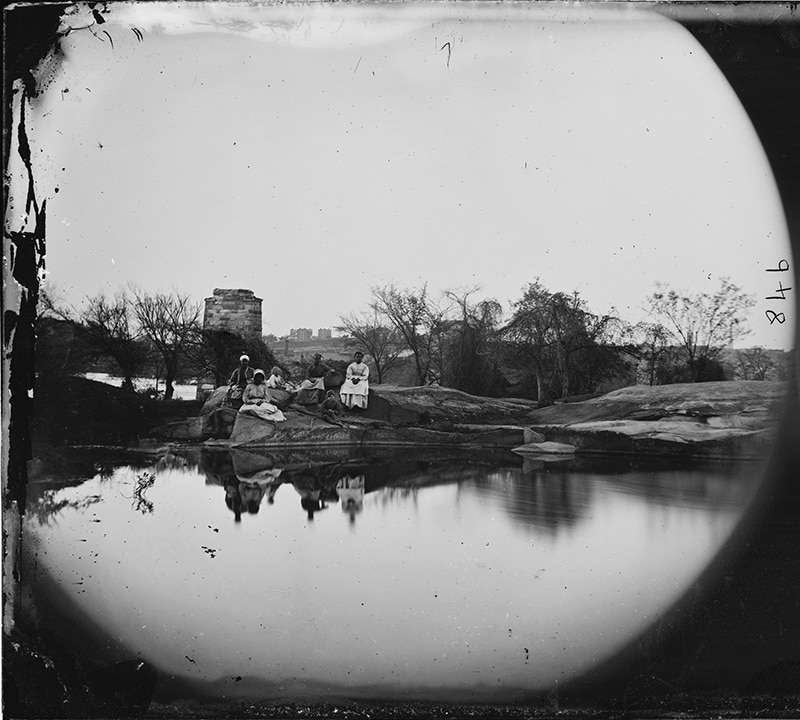 Fig 1. African Americans—either free Blacks or newly emancipated enslaved people—pose before the ruins of a railroad bridge during the fall of the Richmond near the end of the Civil War, April 1865. Photo by Alexander Gardner (1821–1882). Wet collodion glass-plate negative (one half of a stereograph view). Courtesy Library of Congress, Prints & Photographs Division. 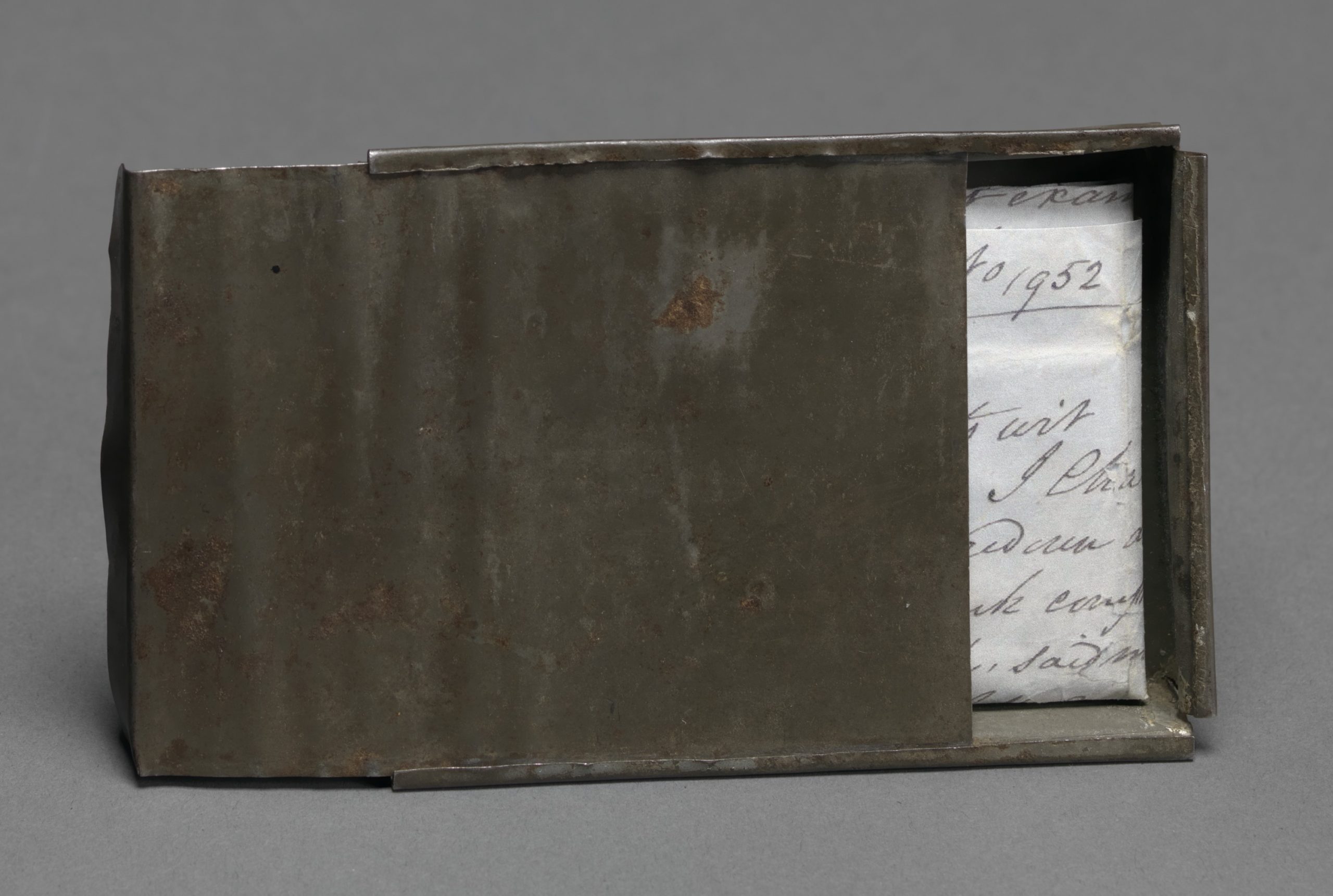 Fig 2. Joseph Trammell (1831–1859) of nearby Loudoun County carried his certificate of freedom in this tin box—probably home-made—in 1852. According to Virginia law, any white person could demand to see Trammell’s papers at any time. Collection of the Smithsonian National Museum of African American History and Culture, Gift of Elaine E. Thompson, in memory of Joseph Trammell, on behalf of his descendants. 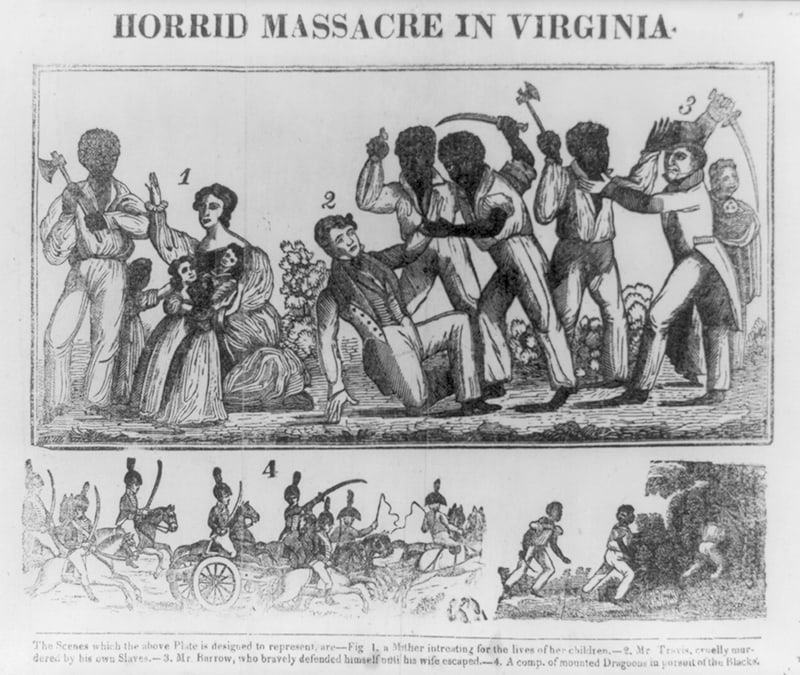 Fig 3. Images like this woodcut depicting Nat Turner’s Rebellion in 1831 fed the fear of white enslavers in Virginia, leading to the close scrutiny of free Black communities before the Civil War. Courtesy Library of Congress, Prints & Photographs Division. 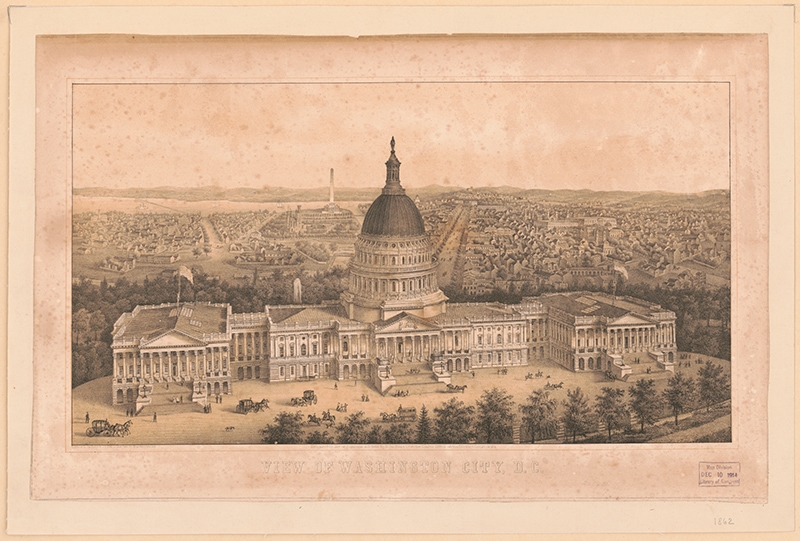 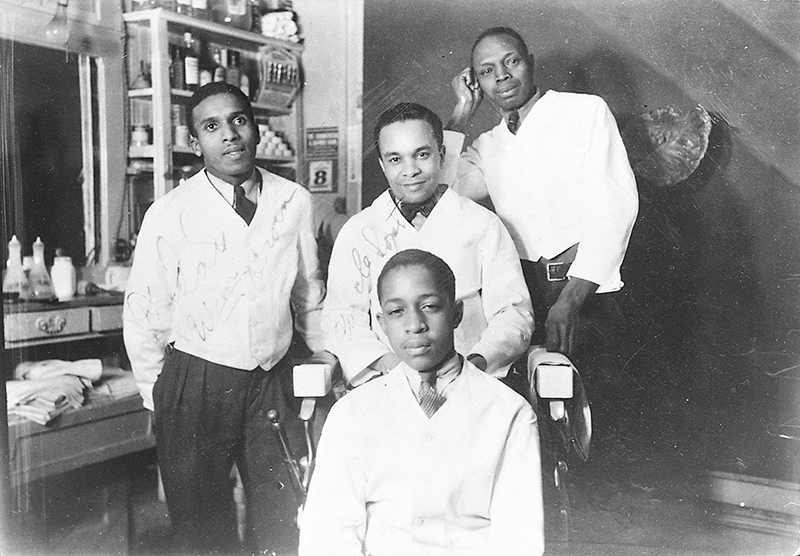