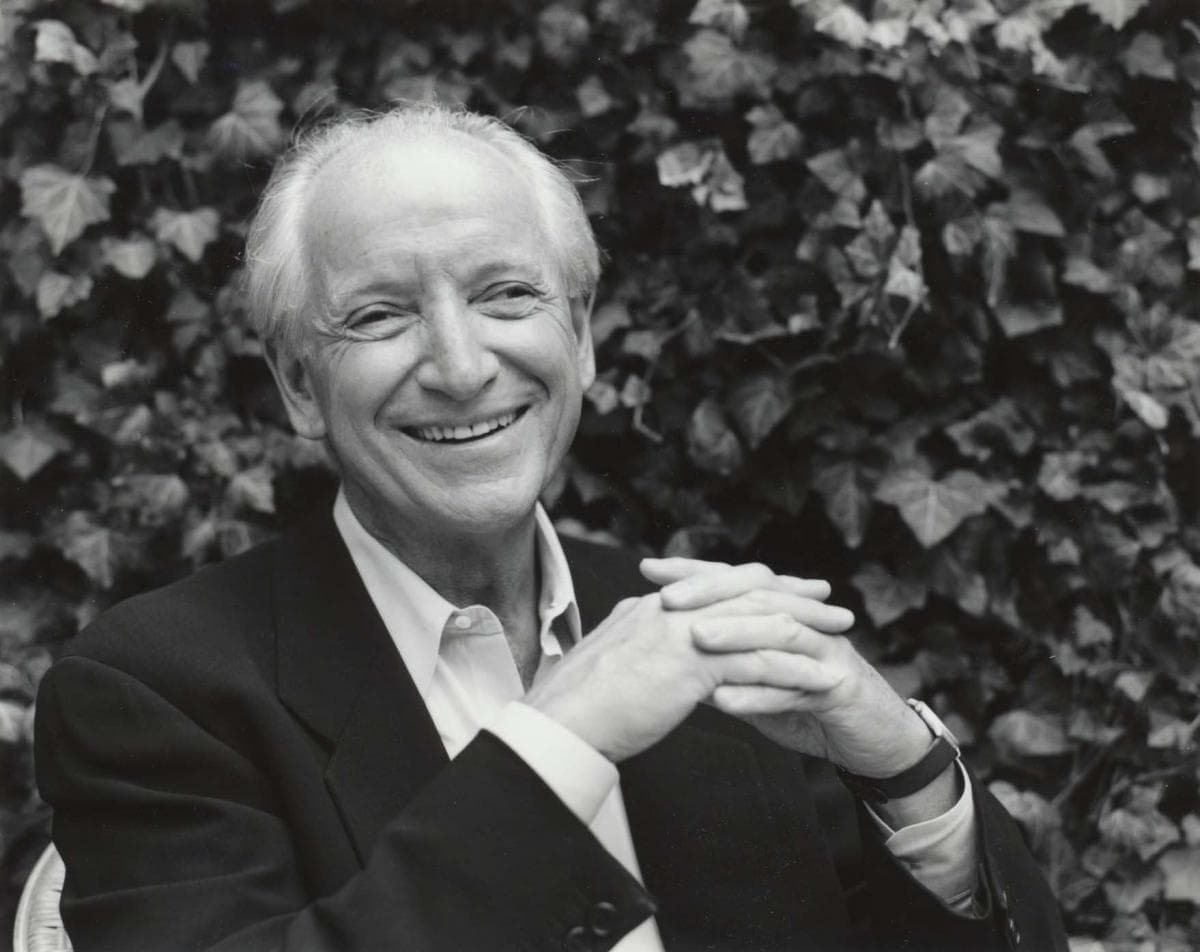 The Museum of the Shenandoah Valley opened its doors on April 3, 2005, and our first 10 years have flown by! As we begin a year-long celebration of this milestone anniversary and note the recent passing of MSV architect Michael Graves, I’ve been reflecting on that great architect’s role in our story.

The story begins with an inspired MSV Board that MSV Board, led by Presidents Pat Zontine (1999) and then Kay Whitworth (2000), that dreamed big. The Graves firm was one of 18 candidates for the MSV project. The MSV committee whittled the list down, visited about six firms, and invited three candidates to Winchester. Graves’s presentation left no question. He was the architect for the MSV. 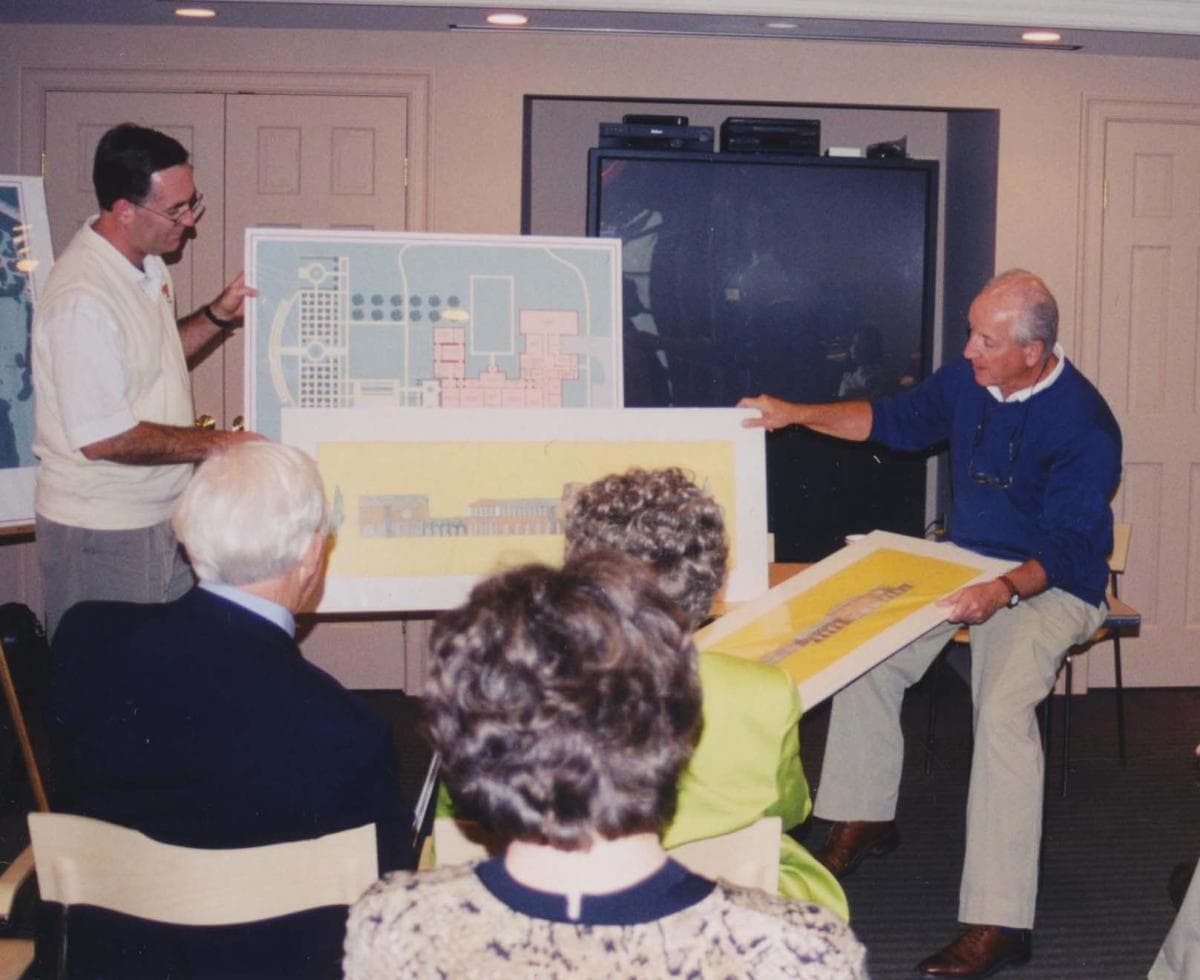 Jenny Esler, MSV founding executive director, was interviewed by the Northern Virginia Daily for a March 7, 2000, article, and she described Graves’s work:

“He said he was a contexturalist,” Jenny said, “which means building the right building for the site. It was what we were looking for . . . He’s also one of the most acclaimed architects of our generation.” 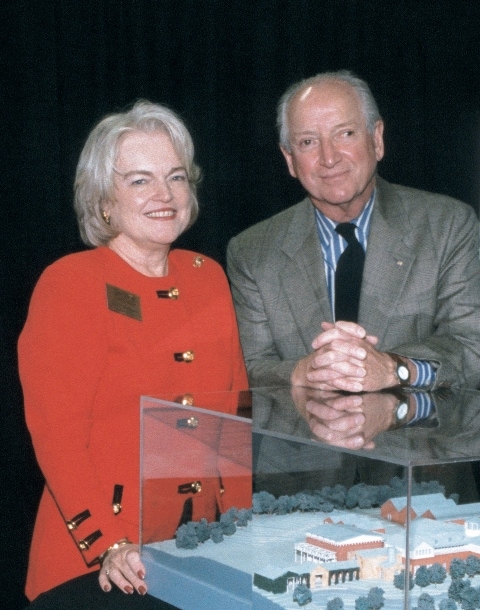 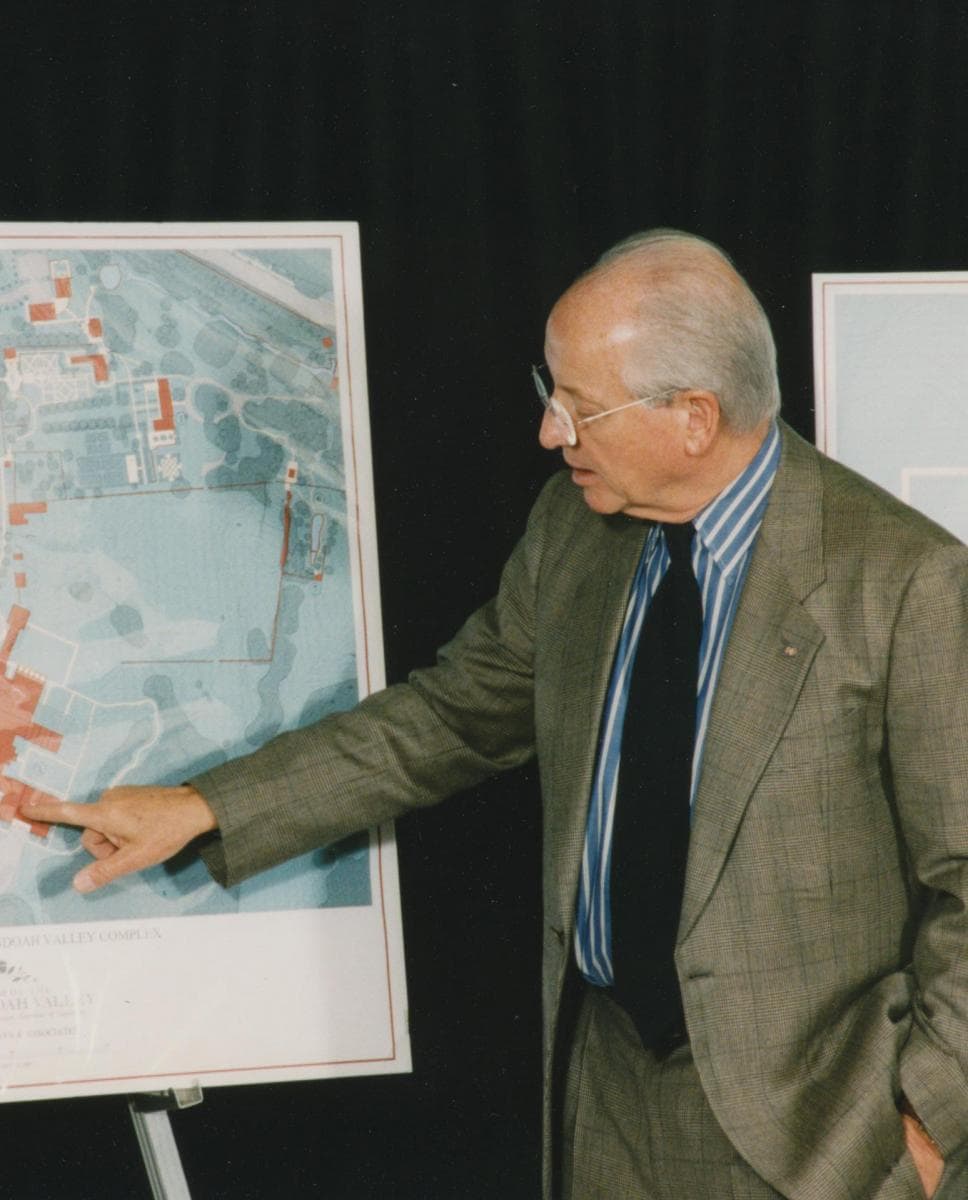 So much happened over the next five years! Michael and his team visited the site many times. He celebrated with MSV Members at a garden party in September 2000. Everyone received a print of Glen Burnie that he drew; it was really cold that night but Michael graciously sat in the tent, signing prints. The MSV design was unveiled. Michael received the Gold Medal from the American Institute of Architects (AIA). A capital campaign was launched. We broke ground, underwent design modification to meet budget. An infection nearly killed Michael, left him paralyzed from the waist down. The Graves firm didn’t miss a beat. Michael attended the opening, and so did CBS Sunday Morning. It was his first time in the building, and he told The Winchester Star, “I was blown away. It’s wonderful, not just as I thought it would be—but better. It came together in terms of work as one of the best.”

It’s true. Michael Graves did design the right building for us. As the MSV has grown, the building has served us well and adapted to our changes. Now, future plans call for constructing the entrance and approach that Michael always envisioned but the budget would not allow at the time.

The body of work and professional accomplishments of Michael Graves are indeed remarkable. That said, what I will most remember is his genuine kindness and how much he enjoyed the MSV landscape. I am proud and grateful that the Shenandoah Valley is among the places where the legacy of Michael Graves lives on. 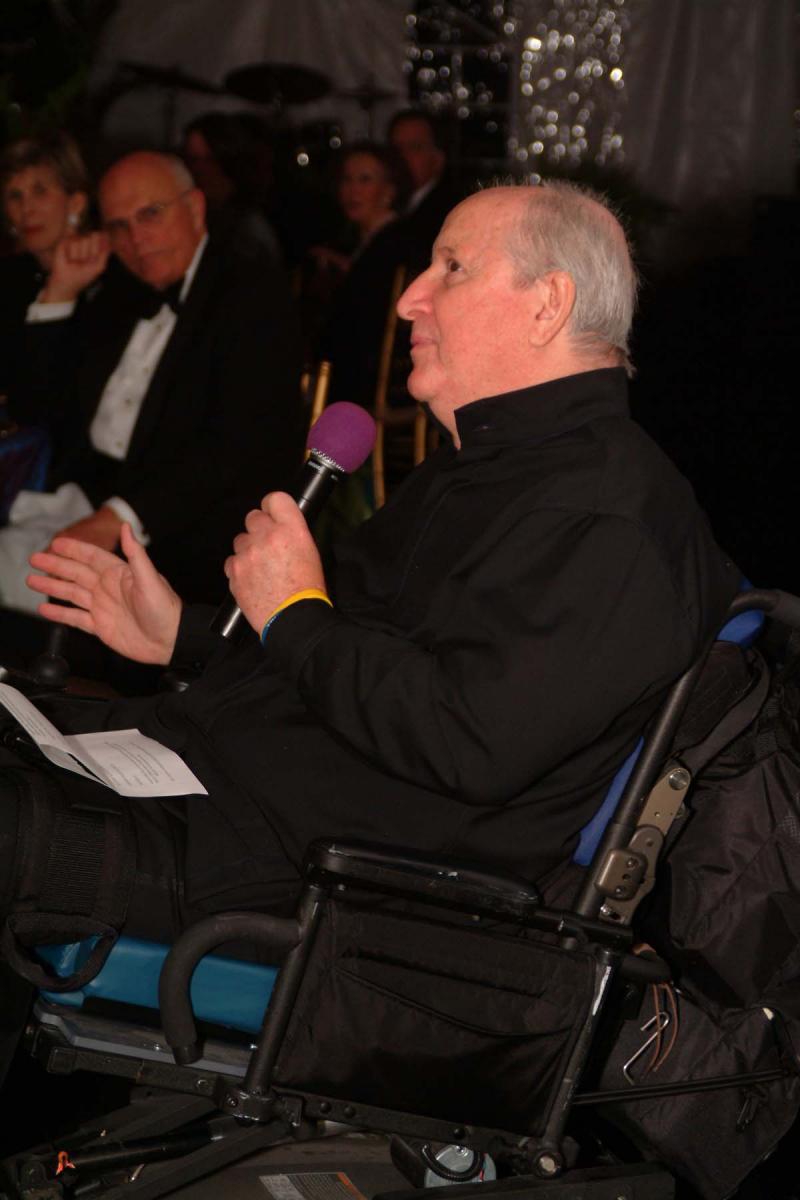 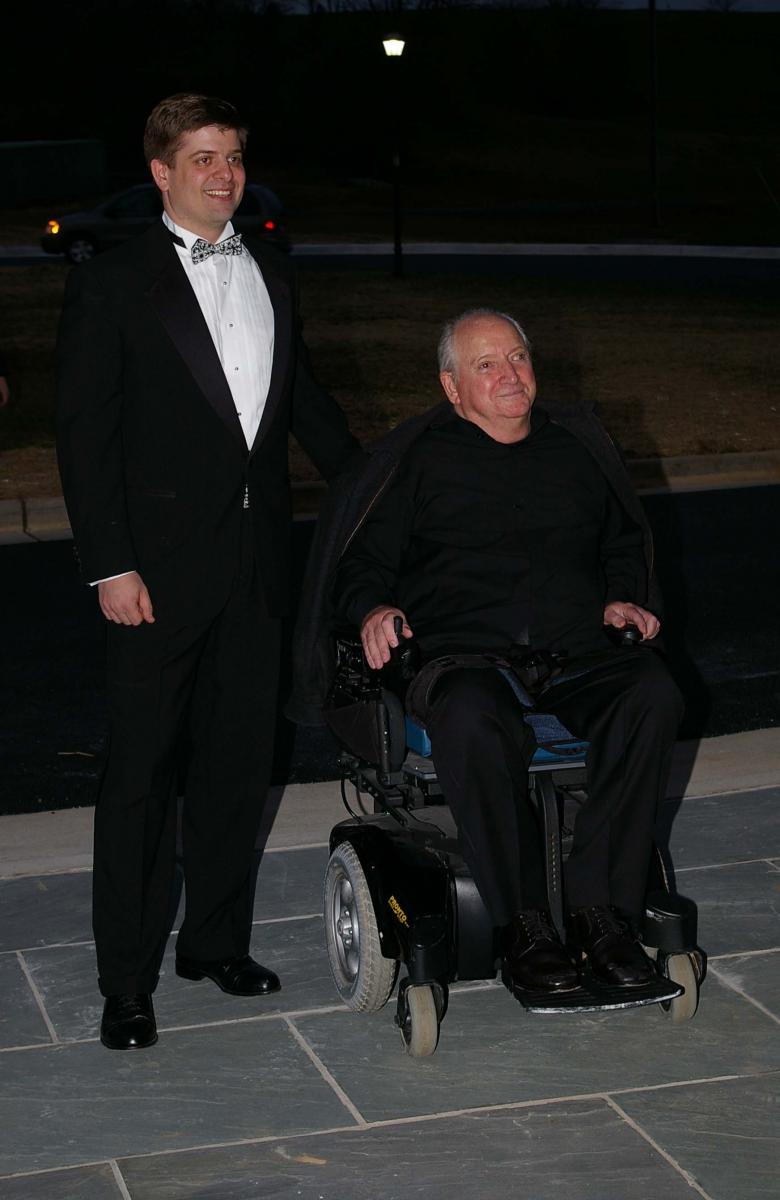 Stay Tuned: An upcoming MSV blog will share reflections on the legacy of Michael Graves from Reader & Swartz Architects of Winchester.