Vital Force now on view at the MSV 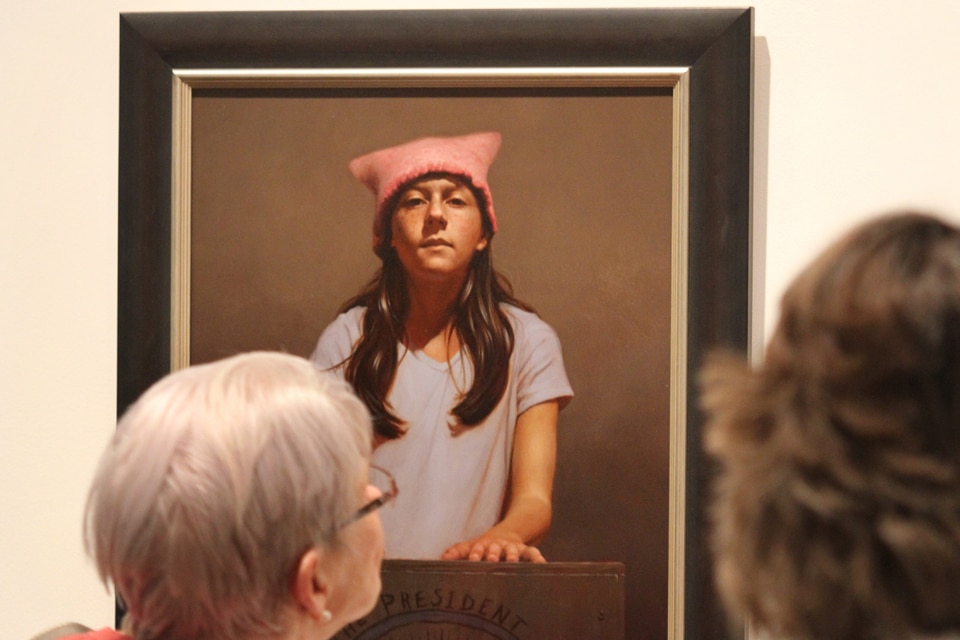 Newest Exhibition at Museum of the Shenandoah Valley
Showcases Commitment to Valley Artists, Themes, and Influences

Winchester, VA 9/27/2019 . . . Vital Force, an engaging new exhibition featuring the Museum of the Shenandoah Valley’s  growing collection of twentieth and twenty-first century art, is now on view in the MSV through May 10, 2020.

According to MSV Director of Exhibitions Cory Garman, the Museum’s contemporary art collection is comprised of works by artists who are from the Shenandoah Valley, working in the region, or depicting scenes and subjects of the Valley in their art.

Representing 12 artists, Vital Force displays 11 paintings and four mixed-media works that range in date from the 1942 painting Down in Shenandoah by renowned artist Anna Mary Robertson “Grandma” Moses to three works completed as recently as 2018.

Several paintings in Vital Force have been recently acquired by the MSV and are on public display for the first time in this exhibition. These include Sally Veach’s Harvest Ghost, a poignant interpretation of the Valley’s changing landscape, and Ren Crawford’s vibrant abstract, Wild Horse. Also on public view for the first time here is Michael T. Davis’s Modern Day Presidential, an oil painting inspired by the political climate surrounding the presidential election of 2016 and showing a young girl standing confidently at the podium of the U.S. president.

Along with Ward, four artists featured in Vital Force—Nick Stavely, Marty Ittner, Ren Crawford, and Michael T. Davis—have had their works previously displayed at the MSV in its popular Art in the Halls series.

According to Garman, Vital Force testifies to the Museum’s continuing commitment to document, acquire, and display contemporary art in its galleries, gardens, and on The Trails at the MSV. To grow the collection, says Garman, the MSV has been actively building relationships with Valley artists, including featuring their artworks in Museum programming. The next such program offered in conjunction with Vital Force is a meet-the-artist gallery Q&A with Sally Veach at 2 p.m. on November 9. Advance registration is required; get more information HERE.

A regional cultural center, the MSV is located at 901 Amherst Street in Winchester, Virginia. The MSV includes galleries displaying permanent collections and rotating exhibitions, the Glen Burnie House, seven acres of gardens, and is the future home of The Trails at the MSV, a 90-acre art park with three miles of trails. The galleries and exhibitions are open year-round; the house and gardens are open April through December. The MSV is open 11 a.m. to 4 p.m. Tuesday through Sunday (10 a.m. to 5 p.m. April through December). Admission is $10 or $8 for seniors and youth ages 13 to 18. General admission is always free to youth ages 12 and under and to MSV Members, and, thanks to generous sponsorship from Howard Shockey & Sons, Inc., it is free to all every Wednesday. Additional details are available at www.theMSV.org or by calling 540-662-1473, ext. 235. –END–