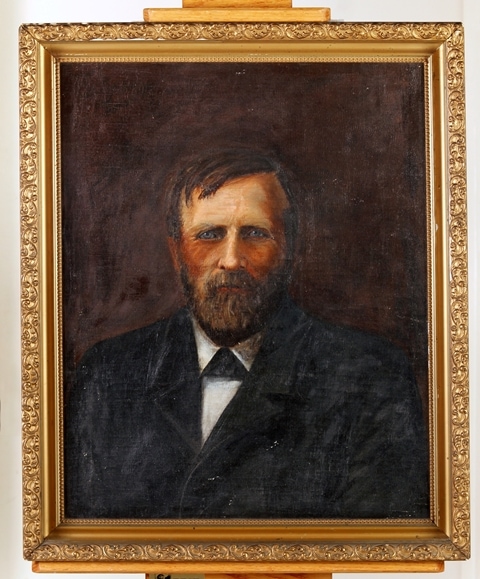 Winchester, VA 8/04/15…A nineteenth-century portrait in the Museum of the Shenandoah Valley (MSV) Collection is entered in the 2015 Virginia’s Top 10 Endangered Artifacts Competition.

A project of the Virginia Association of Museums, the program began in 2011 to raise public awareness of the work museums do every day to care for the objects in their protection. Twenty-five endangered artifacts are in the competition, and the public is invited to vote for its favorite now through August 23 in an online voting poll at www.vatop10artifacts.org. The final Top 10 Honorees will be selected by an independent review panel of collections and conservation experts and will be announced on September 15.

According to A. Nicholas Powers, MSV curator of collections, this is the second year the MSV has nominated an artifact for the program. A rare portrait miniature from the MSV Collection was named one of the Top 10 Endangered Artifacts in the 2014 competition. 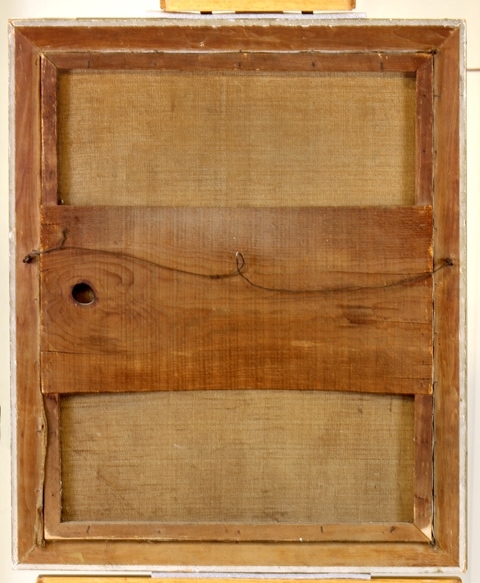 needs in the MSV Collection because of its significance to the Shenandoah Valley’s African American story and its ties to the 150th anniversary of the end of the Civil War and the beginning of Reconstruction.

Painted in the late 1800s by an unknown artist, the portrait depicts the founder of Storer College, Rev. Nathan Cook Brackett (1836–1910). Located in Harpers Ferry, West Virginia, Storer College was the first institution of higher learning for African Americans in its state.

A Free Will Baptist minister, Nathan Cook Brackett came to the Shenandoah Valley in 1864 as part of the U.S. Christian Commission charged with assisting both Union and Confederate soldiers and recently freed slaves. After the war, Brackett continued to educate free slaves by managing freedmen’s schools in West Virginia and Virginia. With the help of philanthropist John Storer, Bracket founded Storer Normal School—which would become Storer College—in 1867. Storer College remained an African American institution until it closed in 1955, one year after the Brown v. Board of Education decision. The college was the site of many significant events during Brackett’s tenure as president, including an address delivered by Frederick Douglass in 1881. The Storer College campus is now part of Harpers Ferry National Historical Park.

The MSV acquired the portrait of Reverend Brackett in 2009 as part of a group of objects gifted to the museum by the pastor’s descendants. The group includes archival family papers, a portrait of Brackett’s wife, and a pitcher presented to Brackett in 1873 by the students of Storer College.

Fragile and in need of conservation, the portrait of Reverend Brackett is on display in the MSV Shenandoah Valley Gallery during the online voting through August 23. According to MSV Registrar and Collections Manager Kyle Bryner, the portrait requires cleaning, has actively flaking paint and dents in its canvas, and needs a conservation-quality backing board. Bryner notes that a conservator has estimated it will cost $700 to $950 to address these issues. 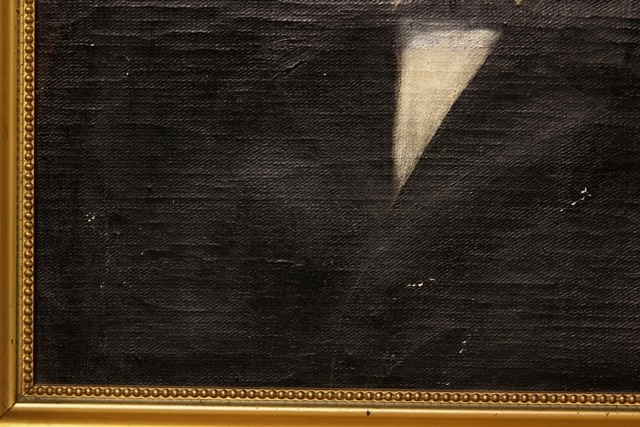 Once conserved, says Powers, the portrait will be placed on display in the MSV to help tell the story of freedmen and Reconstruction in the Lower Shenandoah Valley.

The MSV asks area residents to vote for this special object at www.vatop10artifacts.org. The website also provides a way to make a donation for the conservation of any of the 25 nominated artifacts on the “Top 10” web ballot.

The MSV owns and cares for more than 11,000 objects, including a collection of Shenandoah Valley objects, the fine and decorative objects inherited and acquired by MSV benefactor Julian Wood Glass Jr., and the R. Lee Taylor Collection of fully furnished miniature houses and rooms. Along with the portrait of Brackett, MSV objects most needing conservation include statues in the MSV’s Glen Burnie Gardens and paintings and furniture from its Shenandoah Valley Collection.

The MSV is located at 901 Amherst Street in Winchester, Virginia. The MSV complex—which includes galleries, the Glen Burnie House, and six acres of gardens—is open Tuesday through Sunday from 10 a.m. until 4 p.m. The galleries are open year-round; the house and gardens are open April through October. Admission is $10 or $8 for seniors and youth. General admission is always free to youth ages 12 and under and to MSV Members, and thanks to generous sponsorship from Howard Shockey & Sons, Inc., it is free to all every Wednesday. Now through September 2, 2015, the house and gardens will be open free of charge each Wednesday until 8 p.m.  Additional information is available at www.theMSV.org or by calling 540-662-1473, ext. 235. –END–