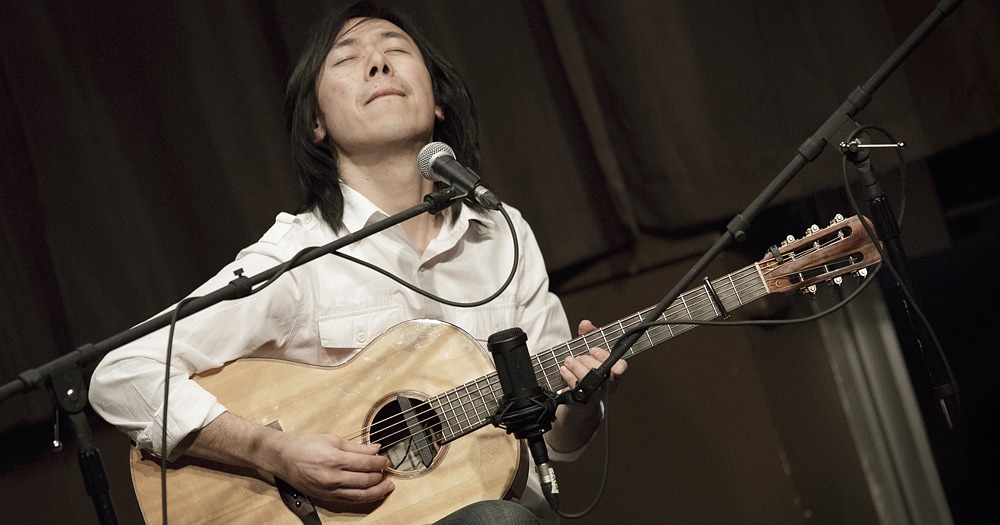 Born in Kyoto, Japan, and now living New York, Hiroya Tsukamoto is a one-of-a-kind guitarist, composer, and singer. He began playing the five-string banjo when he was thirteen and took up the guitar shortly thereafter. After receiving a scholarship in 2000 to the prestigious Berklee College of Music in Boston, Hiroya Tsukamoto formed the band Interoceanico with musicians from different continents. Including Colombian singer and Latin Grammy nominee Marta Gomez, the group released the records The Other Side of the World, Confluencia, and Where the River Shines. As a solo artist, Hiroya Tsukamoto has released two albums—Heartland and Places. Hiroya Tsukamoto has performed throughout the United States and internationally, appearing on major international television stations in Japan and Korea.

Hiroya Tsukamoto’s performances have been described as innovative, impressionistic journeys that impart a mood of peace and tranquility. For his concert at the MSV, Tsukamoto will perform original compositions and the Japanese folk songs “Oborozukiyo” and “Asadoya Yunta.”

Tickets to the concert—which include the performance, the wine-and-cheese reception, and admission to the house and gardens—are $20 per person for MSV Members and SU faculty. Tickets for full-time students are $10. For all others, tickets are $30. Seating is limited; those interested in attending must purchase tickets in advance by calling 540-662-1473, ext. 240, or visiting www.theMSV.org.

A regional cultural center, the Museum of the Shenandoah Valley is located at 901 Amherst Street in Winchester, Virginia. The MSV complex—which includes the Glen Burnie House, seven acres of gardens, and galleries (not open during the salon concerts)—is open Tuesday through Sunday. Additional information is available at www.theMSV.org or by calling 540-662-1473, ext. 235. –END–