After experiencing the exhibition, stroll through the Glen Burnie Gardens. Eight of the plant subjects featured in Beauty in Botany may be found in the MSV gardens, including butterfly weed, peony, daylily, pansies, cardinal flower, Joe Pye Weed, Japanese anemone, and hosta.

After their display in the Glen Burnie House, works from Beauty in Botany will be available for purchase from the artists.

Christine Andreae is a novelist and botanical artist. She organized the 2009 exhibition Lucy Meriwether Lewis Marks: Virginia Planter and Doctoress, 1752-1827 at the Jefferson Library at Monticello. She was a participant in the Corcoran Gallery’s 2006 exhibit, The Botanical Treasures of Lewis and Clark. Her work also has been shown at the Edith J. Carrier Arboretum at James Madison University, Harrisonburg, Virginia. See her work at www.christineandreae.com.

Janet Brome’s imagined portrait of Lucy Meriwether Lewis Marks was the centerpiece of the 2009 exhibition at the Jefferson Library. Janet has exhibited her paintings and screen sculptures in Washington D.C., Nebraska, North Carolina, Maryland, and Virginia. She is represented by the Blue Spiral 1 Gallery in Asheville, North Carolina; R.H. Ballard in Washington, Virginia; and The Meghan Candler Gallery in Vero Beach, Florida. See her work at www.janetbrome.com.

In 2009 and 2011, Debbie Bankert received grants from the American Society of Botanical Artists to paint endangered and endemic plant species in Colombia. Works from this ongoing project have been shown at the Colombian ambassador’s residence in Washington D.C., the Delaware Art Museum, and the United States Botanic Garden. She has also exhibited her work at the Corcoran Gallery and the National Agricultural Library. Debbie was a participant in the 2009 Lucy Meriwether Lewis Marks show at the Jefferson Library at Monticello. Her work can be seen at: www.studioonefiftyfive.blogspot.com.

Ann Currie received her master of fine arts degree from James Madison University where she specialized in papermaking and sculpture. She was a professor of art and art history at Lord Fairfax Community College until her retirement in 2010, and continues there as an adjunct instructor. As an artist who explores a variety of mediums, she is very interested in layers of visual interest and sculptural presence. Ann is a member of the Middle Street Gallery in Sperryville, Virginia. Her work can be seen at www.middlestreetgallery.org/artists/currieann.

Lara Call Gastinger is a botanical artist and illustrator in Charlottesville, Virginia. She received her master’s degree from Virginia Tech in plant ecology and has been the chief illustrator for the recently published Flora of Virginia project. She has exhibited her watercolor paintings in New York City and was awarded a gold medal at the Royal Horticultural Society garden show in London. Her work was part of the internationally travelling exhibition, Losing Paradise: Endangered Plants Here and Around the World, and has appeared in the book, American Botanical Paintings: Native Plants of the Mid-Atlantic. Most recently, Lara’s work was accepted into the prestigious Hunt Institute for Botanical Documentation. Her work can be seen at: www.laracallgastinger.com.

Vicki Malone is a former personal chef and artist who designed the front and back covers for the White House holiday guide book “Simple Gifts: Holidays at The White House 2010.” She has shown at the Corcoran Gallery, the Delaware Art Museum, the Jefferson Library at Monticello, and galleries in Washington D.C., Maryland, and Virginia. Her work was included in a 2014 show at the United States Botanic Garden and published in the corresponding book, Native Plants of the Mid-Atlantic. Her botanical art can be seen at: www.vickimaloneartist.com.

Donald Beekman Myer, FAIA, is a Washington D.C. architect and artist. His involvement with design review and historic preservation has been balanced with work at the Corcoran Gallery, Delaware Art Museum, Yellow Barn, and a number of galleries. His particular focus recently has been the artistic representation of plants in architectural ornament, notably inTurkey, Morocco, and Ecuador. Don has served as assistant secretary of the Commission of Fine Arts and clerk of the works of the Washington National Cathedral, and is currently project review chair of the DC Preservation League. His work can be seen on the web at www.studioonefiftyfive.blogspot.com.

Above images in rotator: 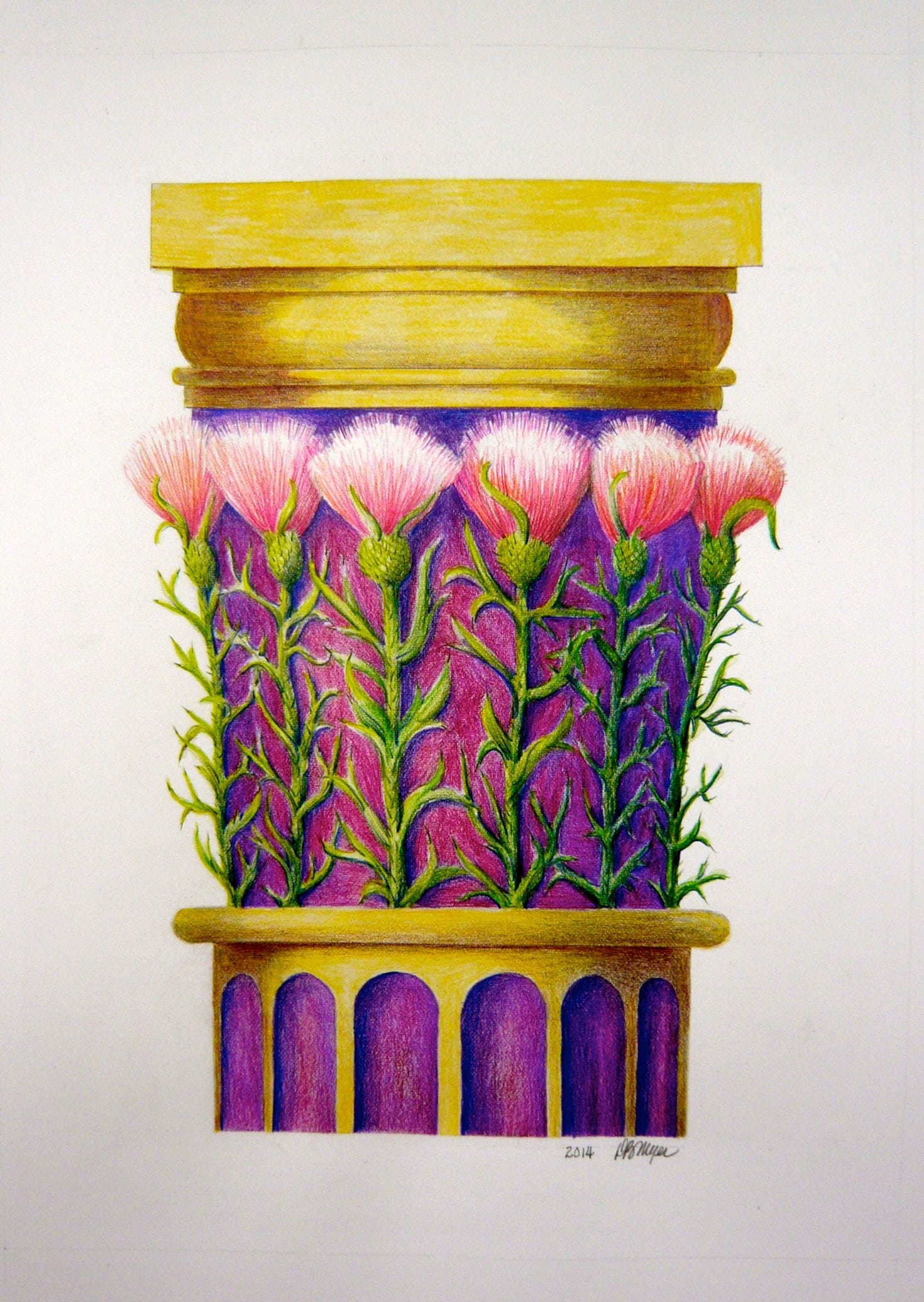 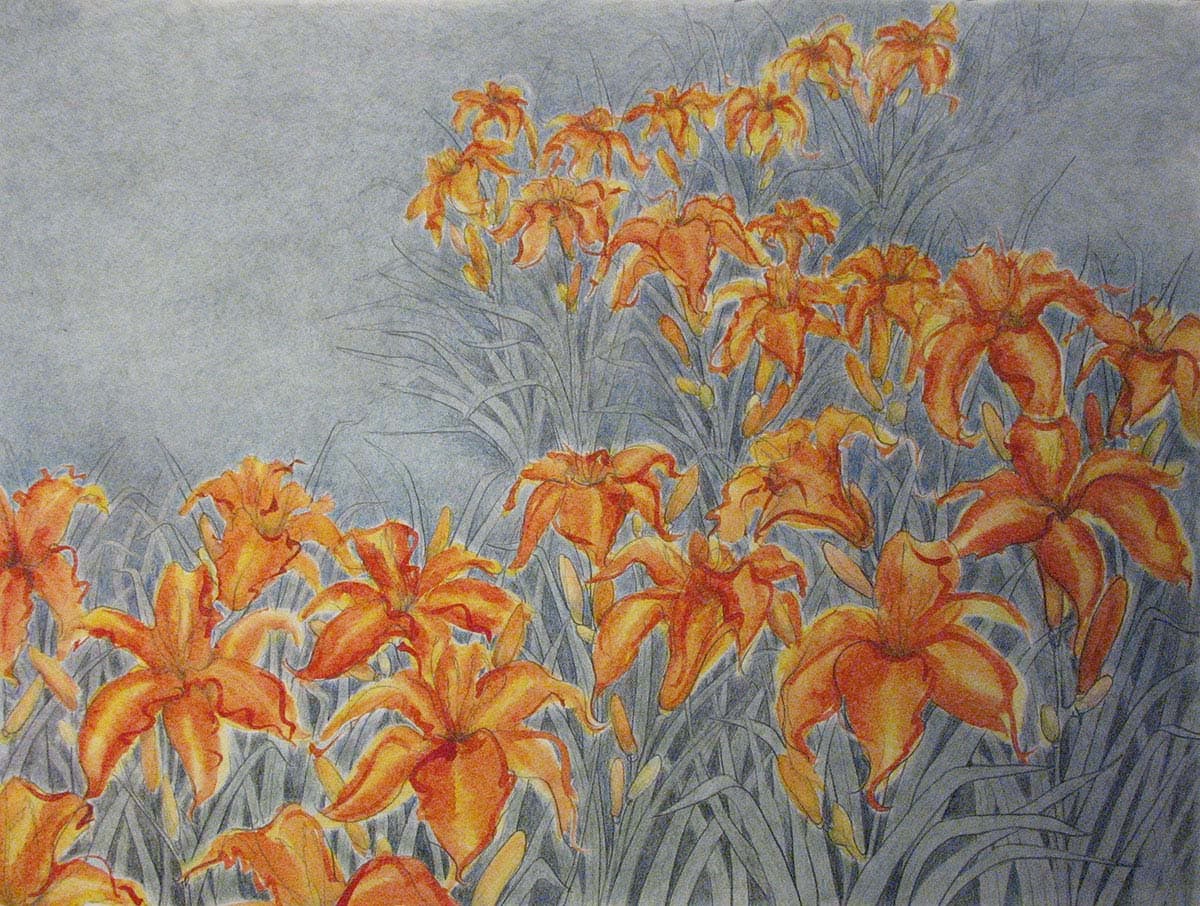 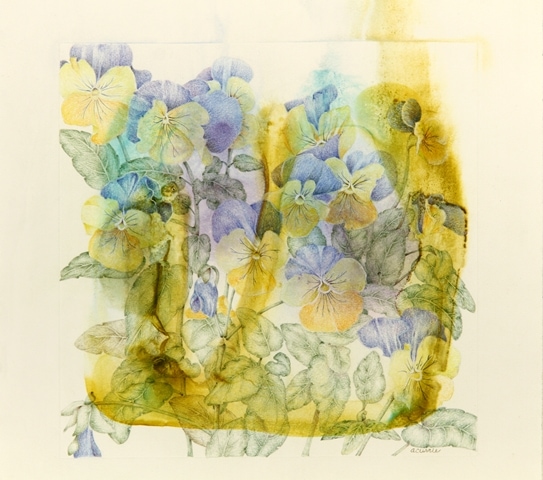 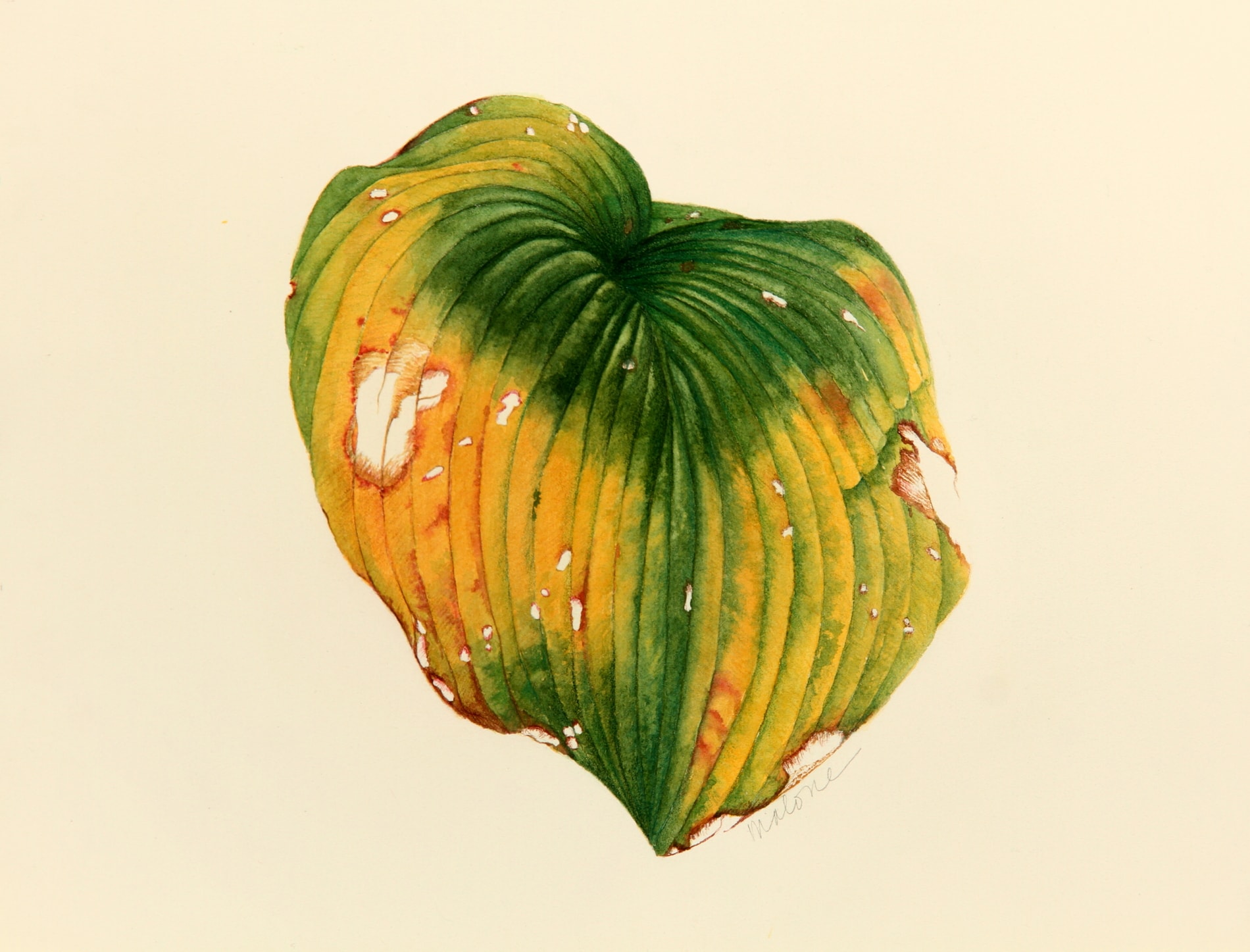 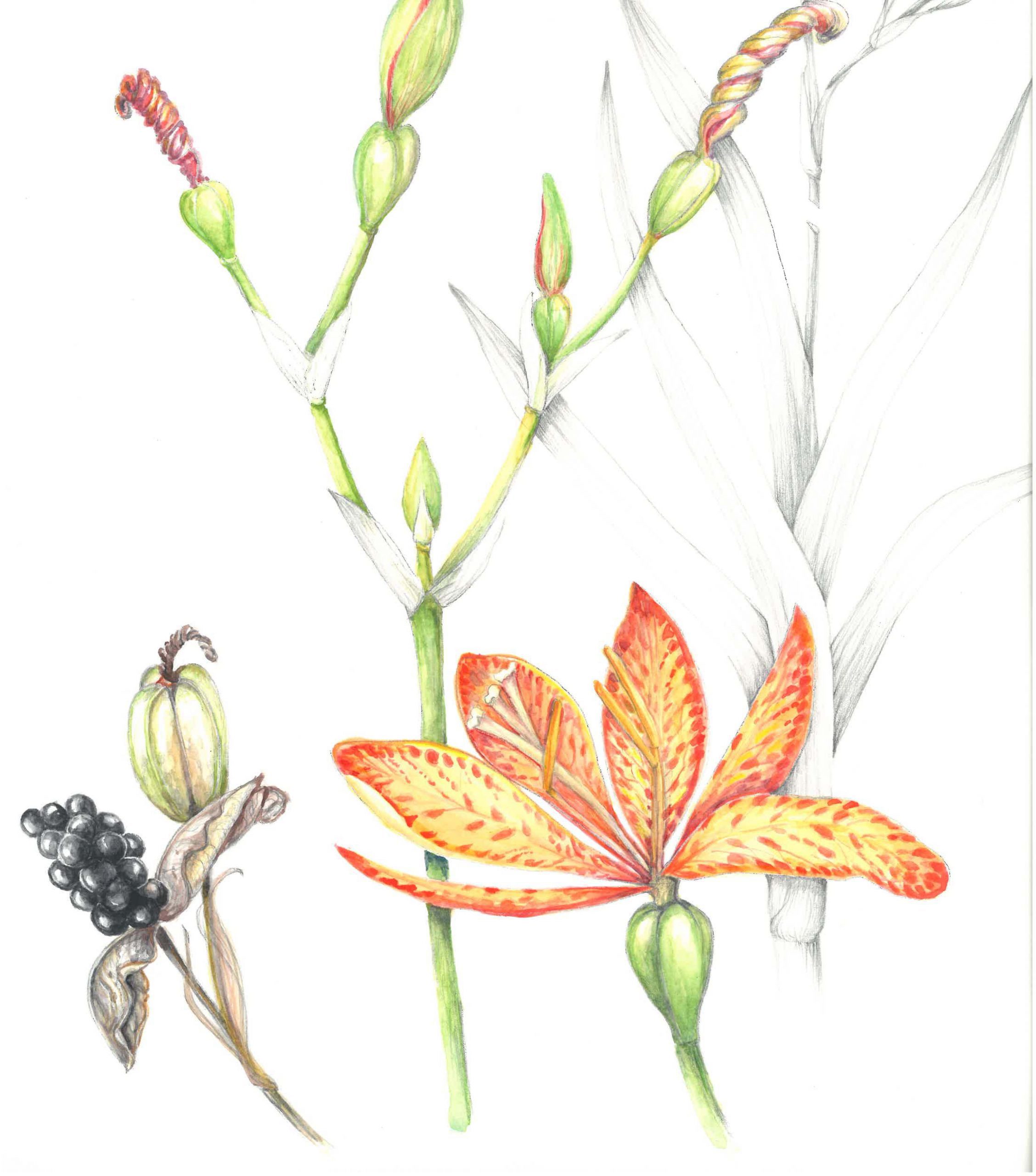 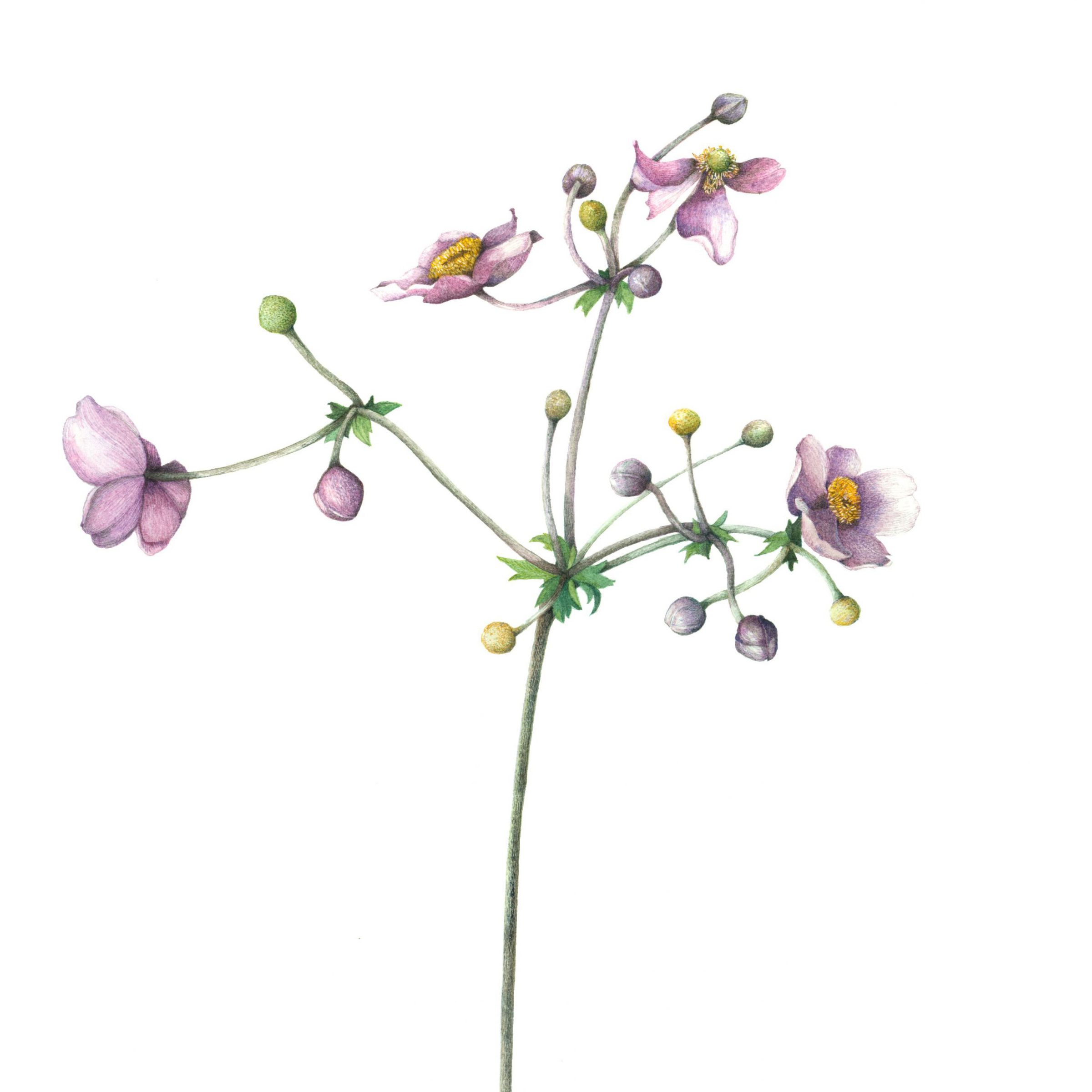 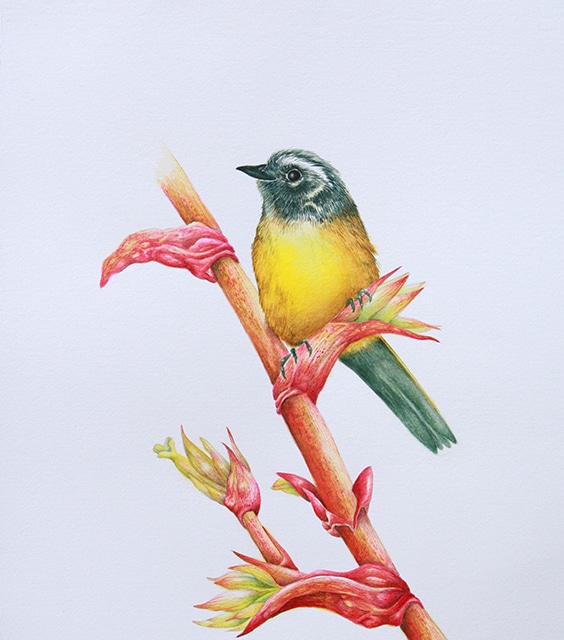