Behind the Scenes: Making Foxes 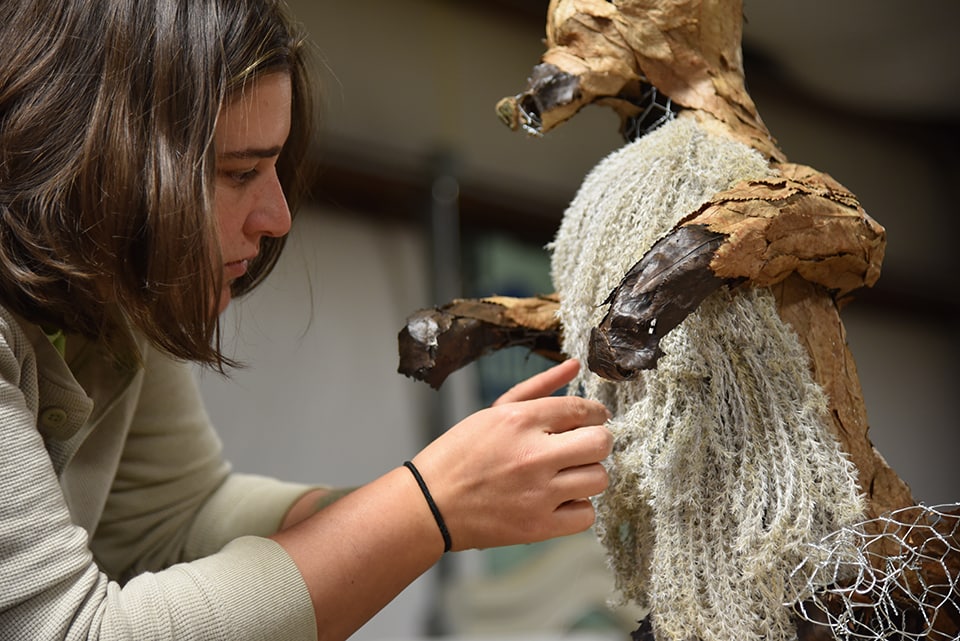 Several years ago, the MSV’s executive director asked me if I’d like to try to make an evergreen dress to go along with our Holiday Display. We were hosting the Cut! Costume and the Cinema exhibit at the time. It was such a fun challenge; I decided to try something similar the next year. Then holiday sculptures became something of a tradition.

The idea of working with chicken wire and dried leaves came about after three consecutive years of losing fights to the strict humidity levels in the Museum galleries. Since I essentially live in the gardens, it never occurred to me that the indoor collections might have humidity needs just as specific as a greenhouse full of seedlings. The 50% humidity level for ideal artifact preservation will guarantee the wilting and browning of evergreens, even in floral foam.

Holiday ideas usually come out of nowhere mid-summer while I’m pulling weeds and tying back perennials. Why not make a fox? Why not build an entire family of foxes? We have the Bill Rutherford exhibit coming… they’ll tie in together, right?

Granted, this meant I’d have to figure out how to sculpt a fox. So on rainy summer days I put together five fox “skeletons” out of chicken wire with a little input from Google images. I wanted to give myself enough time to backtrack if something went horribly wrong. (I learned that the hard way last year after painstakingly creating the wire form for a stag’s head, only to realize that the accompanying body would leave me with a sculpture nine feet tall and six feet long. Not counting the antlers.) 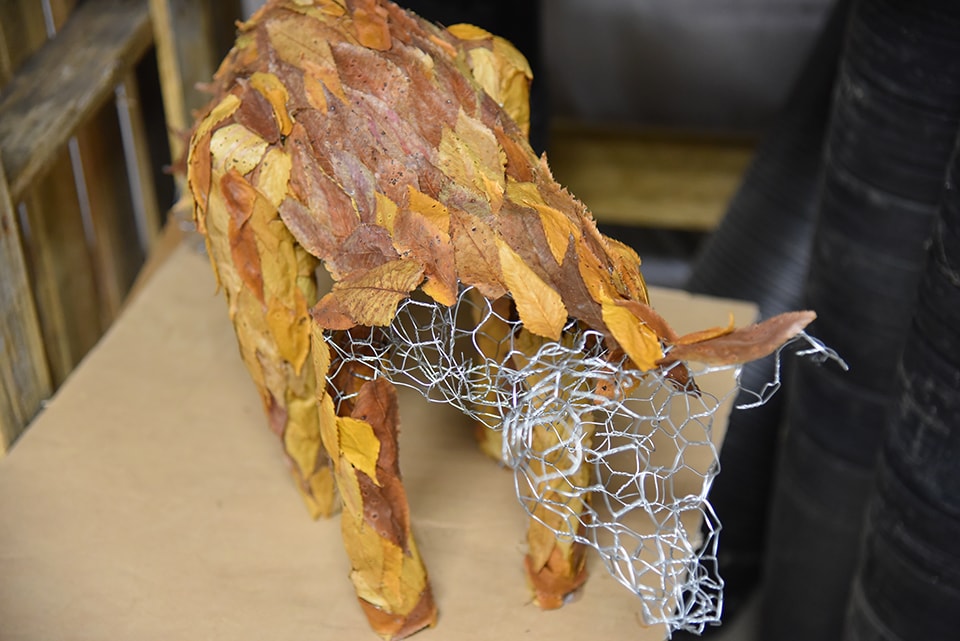 In the fall, after I had a rough form in chicken wire, I covered the sculpture in dried leaves (Zelkova serrata) and ornamental grass plumes (Miscanthus sp.), supplemented with a little paint for better coloration. Hot glue to keep the leaves in place, and a little spray paint to keep the grass plumes from shedding – and from provoking a cold war with the cleaning staff. It took me several tries of carefully painting leaves and eventually bark to send me tootling off to the craft store to buy some plastic teddy bear eyes. 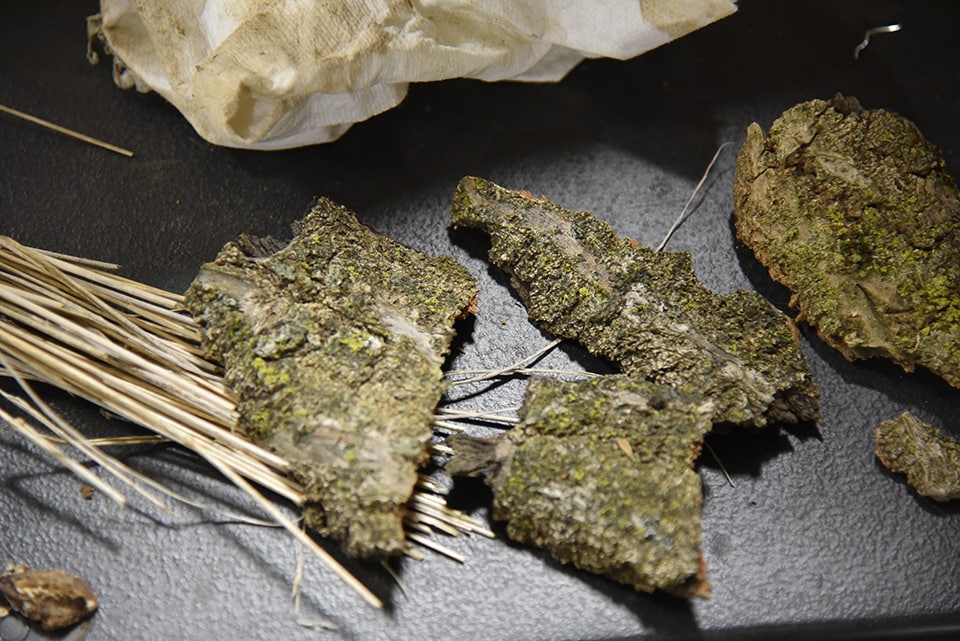 I also had the thought that if the foxes were in motion, it would be easier for the viewer to overlook any quirks in their forms. So the fox family is happily rooting through a pile of gifts, pulling out trinkets representing TheTrails at the MSV program. They’re not an exact match to a photo of a red fox (V. vulpes), so perhaps we’ll classify them as a subspecies endemic only to the lobby of the MSV, V. vulpes glen burnie. 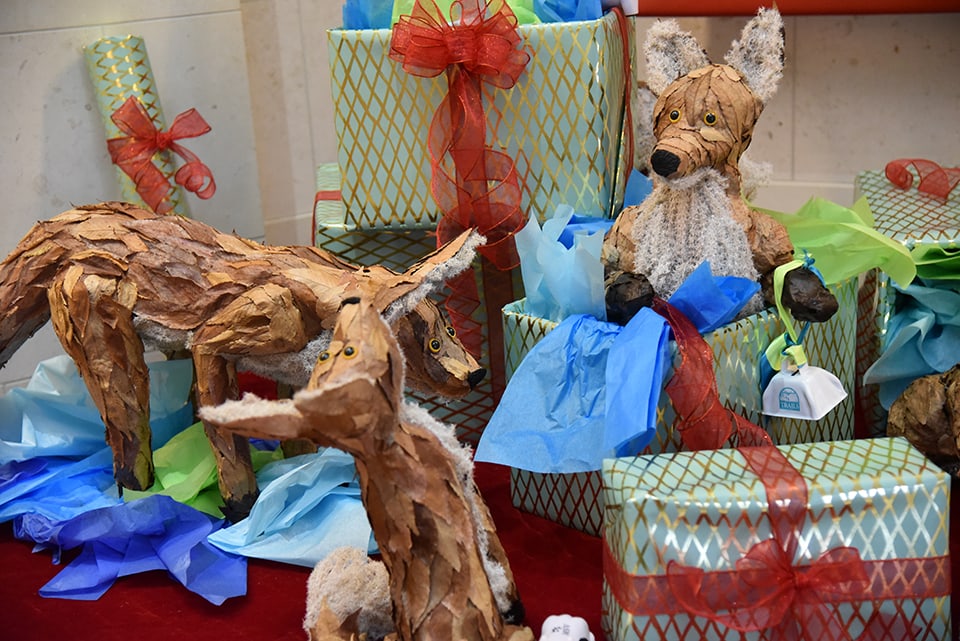